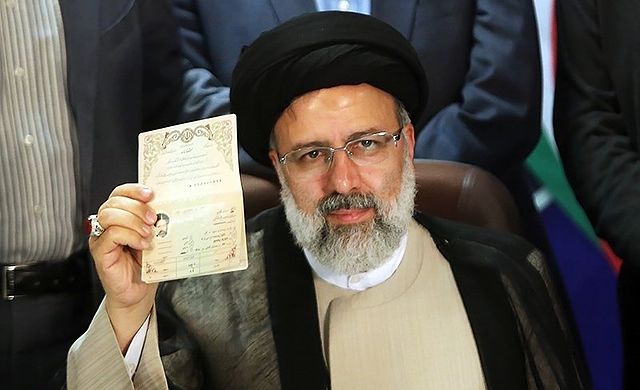 Thursday, August 5: Raisi is officially inaugurated before an audience of Iranian and foreign dignitaries. His first major appointment is announced:

Dr. Mohammad Mokhber is named first Vice President of Iran, replacing Dr. Eshaq Janangiri. Since 2007, Mokhaber has been the CEO of the Execution of Imam Khomeini’s Order (EIKO), also known as Setad. It is a multi-tiered, state-run foundation under the direct control of Iran’s Supreme Leader Ayatollah Ali Khamenei. Setad performs a wide range of services from building schools and hospitals, operating telemedicine to reach rural areas in Iran, producing pharmaceuticals, launching construction projects, job creation, and other large aid and assistance programs.

In 2020, Mokhber opened up a range of entities to provide essentials during the COVID-19 pandemic, including the largest facemask factory in Southwest Asia, produced 20-minute test kits for the coronavirus infection, hand gels and sanitizers, oxygen machines, and Iran’s first COVID vaccine – the COVIran Barakat. Mokhber’s daughter Tayyebeh was the first volunteer to test the vaccine. Iran’s supreme leader also received the vaccine. In January 2021, the US government’s Department of Treasury imposed sanctions on Mohammad Mokhber. In 2013, the US slapped sanctions on Setad as a whole. In 2010, the European Union included Mohammad Mokhber on its sanctions list, but removed him two years later.

Upon the onset of the pandemic, in Spring 2020, Mokhber is quoted as saying: “‘Americans and Europeans committed a crime by imposing medical sanctions on Iran. Iran will reach self-sufficiency in producing medical equipments in the next few months.”

Prior to his leadership at Setad, Mokhber was board chairman at Sina Bank and deputy governor of the southern, oil-producing province of Khuzestan.

Wednesday, August 4: Raisi attends Council of Ministers meeting where outgoing ministers of the Rouhani administration delivered reports on a variety of domestic priorities. Dr. Eshaq Jahangiri, outgoing first-Vice President, tells Raisi that he can count on their ongoing assistance: “The members of the Twelfth Government will not refrain from any assistance, advice and transfer of experience to the new government”.