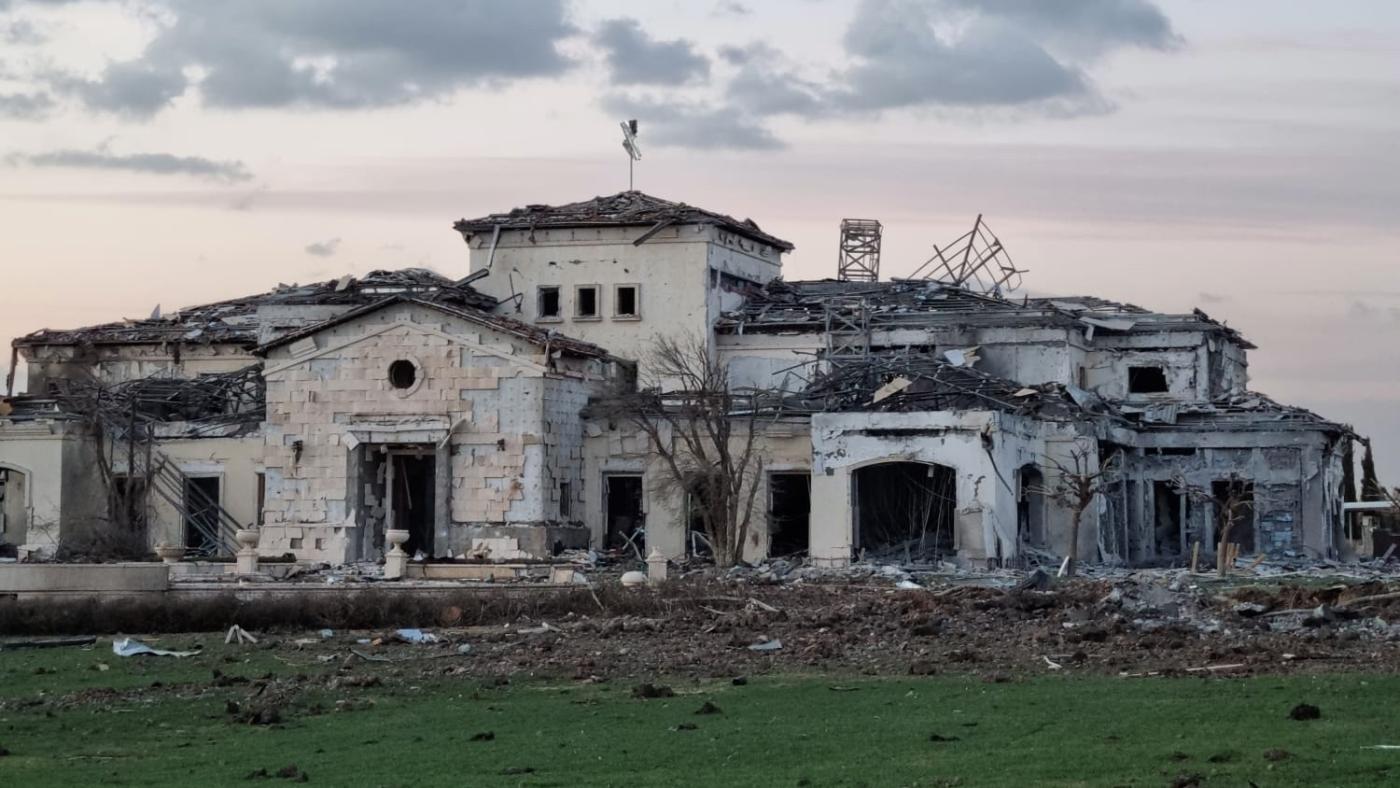 The secret Mossad training facility targeted by a dozen IRGC missiles on 13 March remains standing despite Kurdish and US officials claiming it was a “civilian residence.” (Photo credit: MEE/Wladimir van Wilgenburg)

During an exclusive interview with The Cradle, the official spokesman of the Patriotic Union of Kurdistan (PUK) party’s Erbil office, Azad Jolla, confirmed that the Israeli spy agency Mossad has long been active in the capital of the Iraqi Kurdistan Region (IKR).

“There is – among others – an Israeli Mossad presence. And this presence provokes Iran into attacking their sites in the Kurdistan region. Iran has done this before, and will probably do it again,” Jolla said on 17 March.

The comments of the Kurdish official occur in the wake of an precision missile strike by Iran’s Islamic Revolutionary Guard Corps (IRGC) on 13 March on a secret Mossad compound in Erbil, which left three Israeli officials dead and seven others severely wounded.

“This operation sends a message to all countries in the region that Iran is sensitive to the Israeli regime’s activities near its borders and does not tolerate it,” a senior Iranian security source said in relation to the attack.

The PUK spokesman also revealed that on 27 previous occasions “Iran or groups that are close to Iran” have launched attacks on Erbil, ostensibly against Israeli targets.

Last September, a senior Resistance Axis security official revealed to The Cradle that an operation in Erbil killed two US and Israeli operatives who were involved in the assassination of Iran’s Quds Force General Qassem Soleimani and Iraq’s Deputy Commander of the Hashd al-Shaabi Abu Mahdi al-Muhandes.

The IRGC’s attack on the Mossad training facility has sent shockwaves across the region, as Iraq does not allow Israeli nationals to visit the country and has strict laws, reinforced last year, that prohibit any Iraqi interaction with the state of Israel.

On 14 March, the leader of Iraq’s largest political force, Shia cleric Muqtada al-Sadr, called for an investigation into Israeli intelligence sites operating within the country.

“Allegations about Israeli sites shall be investigated as soon as possible … These should not be used to undermine Iraq’s security,” Al-Sadr said in a statement.

Meanwhile, the White House has tried to retract comments by officials, which confirmed that the heavily reinforced structure hit by the IRGC was a Mossad training facility, alleging instead that the building was a “civilian residence.”