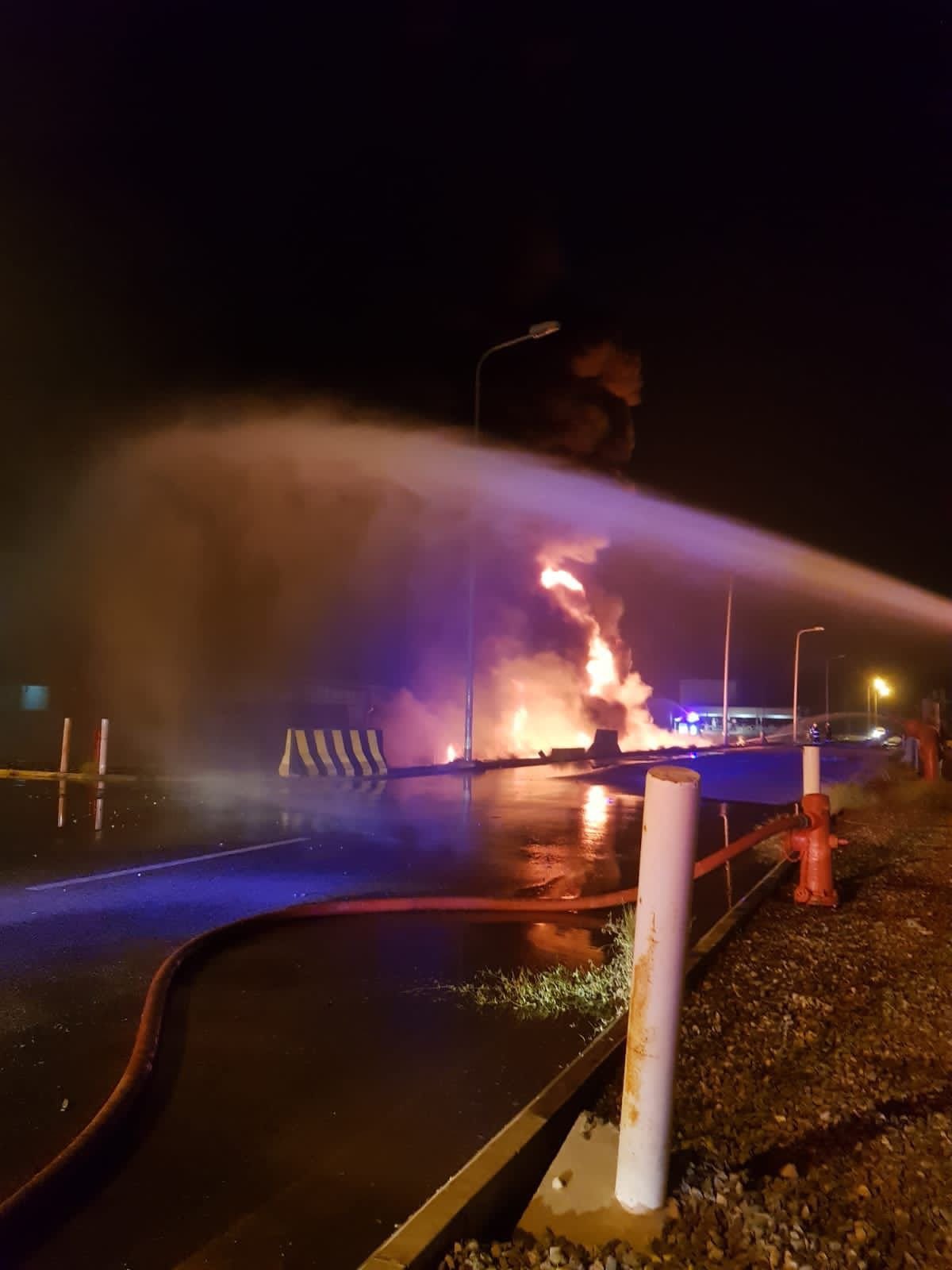 In the early hours of 20 March, the Saudi-led coalition announced that the Yemeni armed forces had carried out multiple missile and drone attacks targeting several energy facilities and a water desalination plant in Saudi Arabia.

A few hours after the attacks, spokesman of the Yemeni Armed Forces Brigadier General Yahya Saree confirmed that they had carried out the attacks.

In a series of messages posted on his Twitter account, Saree said the strikes were the second phase of “Operation Breaking the Siege,” and that the operation was in response to the illegal economic blockade that the Saudi-led coalition has imposed on Yemen.

1-The armed forces carried out the second phase of breaking the siege by bombing a number of vital and important targets in the areas of Abha, Khamis Mushait, Jizan, Samtah and Dhahran Al-Janoub with a groups of ballistic and winged missiles and drones.

This is the second time Yemeni Armed Forces have attacked facilities deep inside Saudi Arabia in less than two weeks.

On 10 March, they attacked an Aramco refinery in the capital Riyadh and two other oil facilities in the regions of Abha and Jizan. Later that day, an impending military operation that would target Saudi Arabia was announced on Saree’s Twitter page.

Shortly afterwards, footage of the second attack on Saudi Arabia  surfaced, this time on an Aramco facility in Jeddah.

In recent weeks, the Yemeni army has carried out several airstrikes on different facilities in Saudi Arabia and the United Arab Emirates (UAE) in retaliation for the seven years of aggression against Yemen by the Saudi-led coalition.

Saudi Arabia and the UAE are the leading members of a military coalition that invaded Yemen in March 2015 with the aim of dislodging the Ansarallah resistance movement from power and restoring the government of former Saudi-backed president Abdrabbuh Mansour Hadi, who was removed from power through a popular uprising.

The subsequent war has killed more than 377,000 Yemenis, according to United Nations data, and displaced more than one million. It has triggered an acute humanitarian crisis that has left more than half the country’s population on the verge of famine.

The deliberate coalition airstrikes on water and health facilities have led to an increase in the prevalence of waterborne diseases, such as cholera and typhoid.