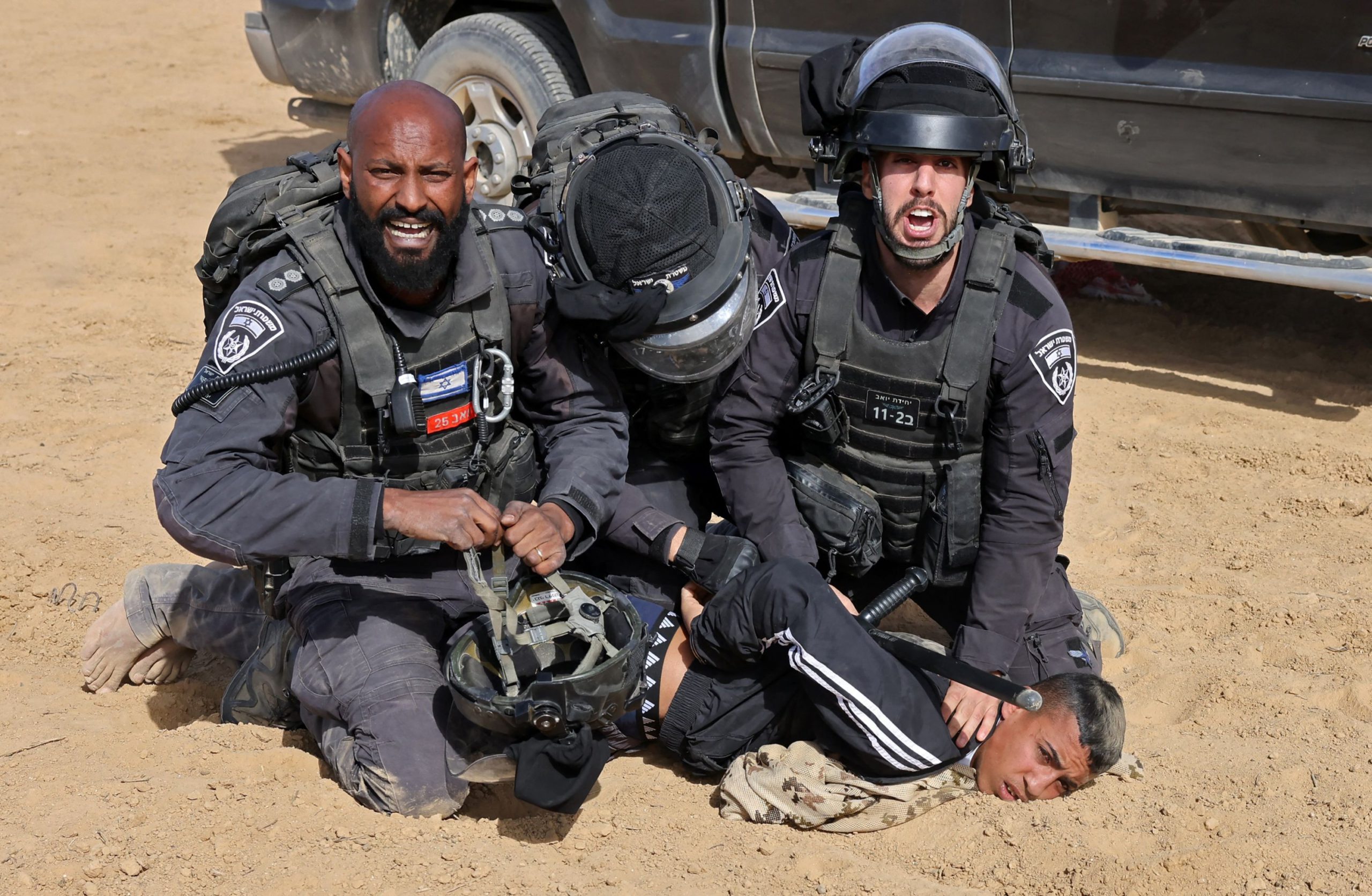 Recent image. Heavily armed Israeli police officers arresting a Bedouin child during a protest in Negev region against a tree planting exercise by a right-wing Jewish organization on 12 January 2022. (AFP).

On 20 March, Israeli media outlets reported that a group of far-right Israelis led by a former police officer had set up an armed vigilante group to patrol the Negev desert region, which is home to more than 300,000 Palestinian Bedouins.

According to the reports, the founder of the militia group, Almog Cohen, is also the regional coordinator of Otzma Yehudit, a political party that is infamous for its anti-Arab ideology.

Cohen claims that his decision to form the militia was necessitated by what he refers to as “a problematic absence of personal security.” He said the members of his militia will have the  “authority” to arrest and kill “if there is a life-threatening situation.”

The Israeli police force and municipality initially supported the formation of the militia, but withdrew at the last minute over what they claimed was a disagreement over Cohen’s decision to launch a crowdfunding campaign to buy arms for the militia group.

The formation of the right-wing militia is likely to inflame tensions in the region, which in the last three months has witnessed fierce clashes between Palestinian Bedouins and Israeli forces over a controversial tree-planting exercise in the area by the Jewish National Fund (JNF).

The Bedouin residents say the tree-planting exercise is an attempt by the JNF and the Israeli government to forcibly displace them from their land. While Bedouin communities have held several protests against the project, the protests have been violently repressed by the Israeli military and police.

The JNF has in the past been implicated in the theft of land and property from Arab citizens of Israel. The organization is also involved in the expansion of illegal settlements in the occupied Palestinian territories.

On 4 March, Interior Minister Ayelet Shaked announced that the Israeli government will set up new settlements in the Negev region to host immigrants from Ukraine and Russia.