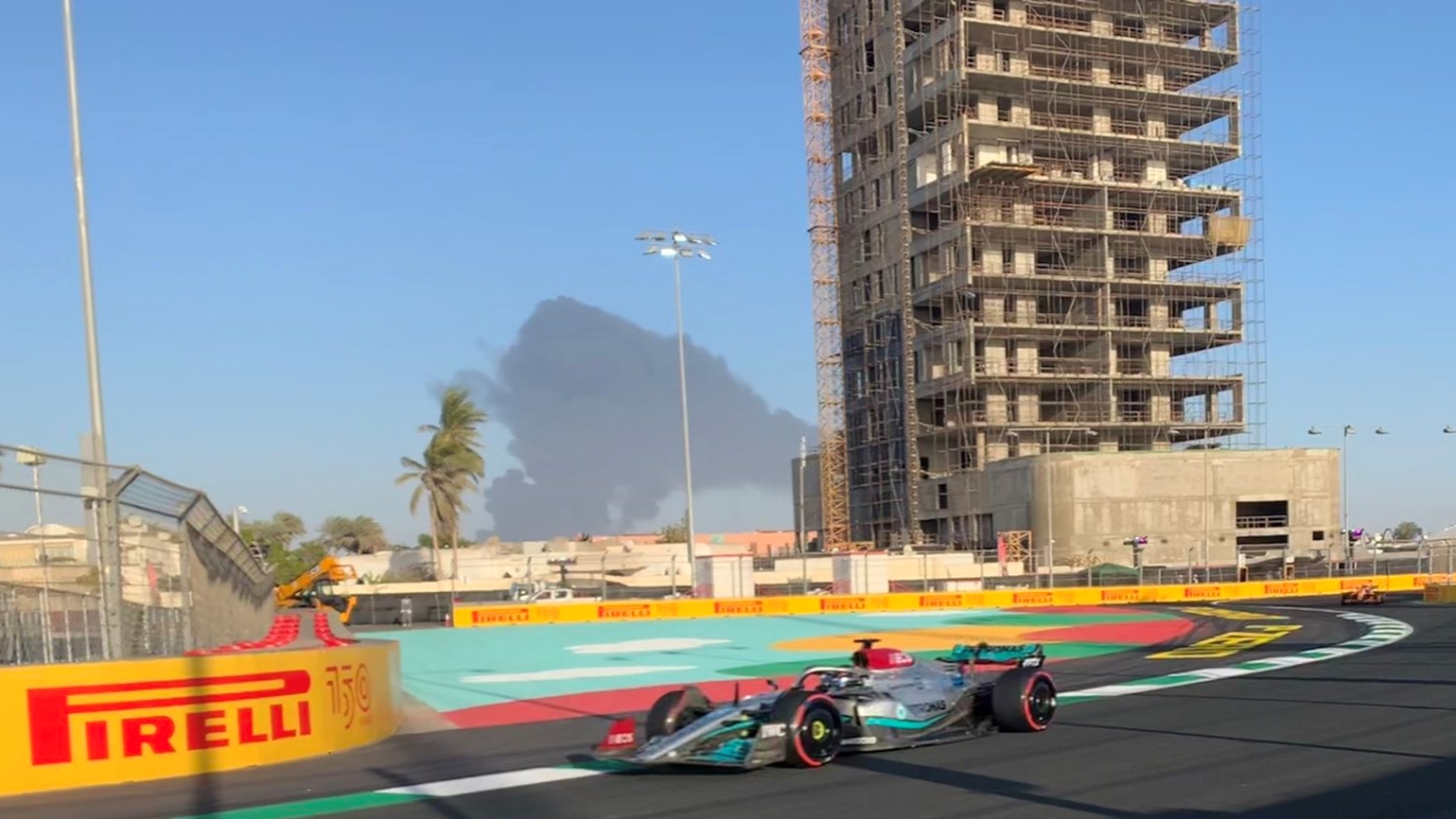 A Formula 1 vehicle races across the Jeddah circuit as Aramco facilities are bombed in the vicinity on 25 March, 2022. (Photo credit: Twitter)

Taking to Twitter on the evening of 25 March, the spokesman for the Yemeni army, Brigadier General Yahya Saree, declared that the airstrikes were the third phase of operation Breaking the Siege.

1-In response to the continuation of the unjust siege on our country and our people, and the inauguration of the eighth year of steadfastness

the Yemeni armed forces carried out the third Siege Breaking operation with batches of ballistic & Winged missiles and drones as follows:

Saree announced that, besides the attack on Jeddah, Aramco facilities in Jizan, Khamis Mushait, Najran, and Abha were targeted by several drone and ballistic missile strikes.

The spokesman went on to say that the Yemeni army will continue targeting strategic targets inside Saudi Arabia “until the aggression is stopped and the siege is lifted.”

Footage shared across social media showed the aftermath of the strikes.

While no one has yet claimed responsibility for the attack, over recent weeks, Yemen’s Ansarallah resistance movement has significantly increased retaliatory strikes against the kingdom.

On 20 March, Saudi Arabia’s energy facilities and water desalination plants were hit by several attacks launched from Yemen as part of operation Breaking the Siege, which seeks to put an end to Riyadh’s criminal air and sea blockade on the Arab world’s poorest country.

Since June 2020, the Saudi-led coalition has seized dozens of UN-authorized ships delivering fuel and other essential goods to the port of Hodeidah.

The government of Yemen has described the seizures as acts of “international maritime piracy,” which have pushed millions to the brink of famine across Yemen.

In response to the recent retaliatory attacks against its oil facilities, Riyadh recently announced that they bear “no responsibility” for any shortages in the global supply of oil.

The attacks have also pushed the US to redeploy its advanced missile defense systems to the kingdom, despite the frosty relations between the White House and Saudi leaders.

In a televised interview, Yemen’s Minister of Defense Major General Mohammad Nasser al-Atefi stated that these surprises would shift the balance of power in favor of Yemen and “send shivers down the spine of the aggressors.”

“The eighth year of resistance will be the year of Yemeni wrath and territorial gains, with more advanced military achievements, as well as a stronger deterrent strategy against the Saudi-led alliance and its sponsors,” Major General Al-Atefi declared.