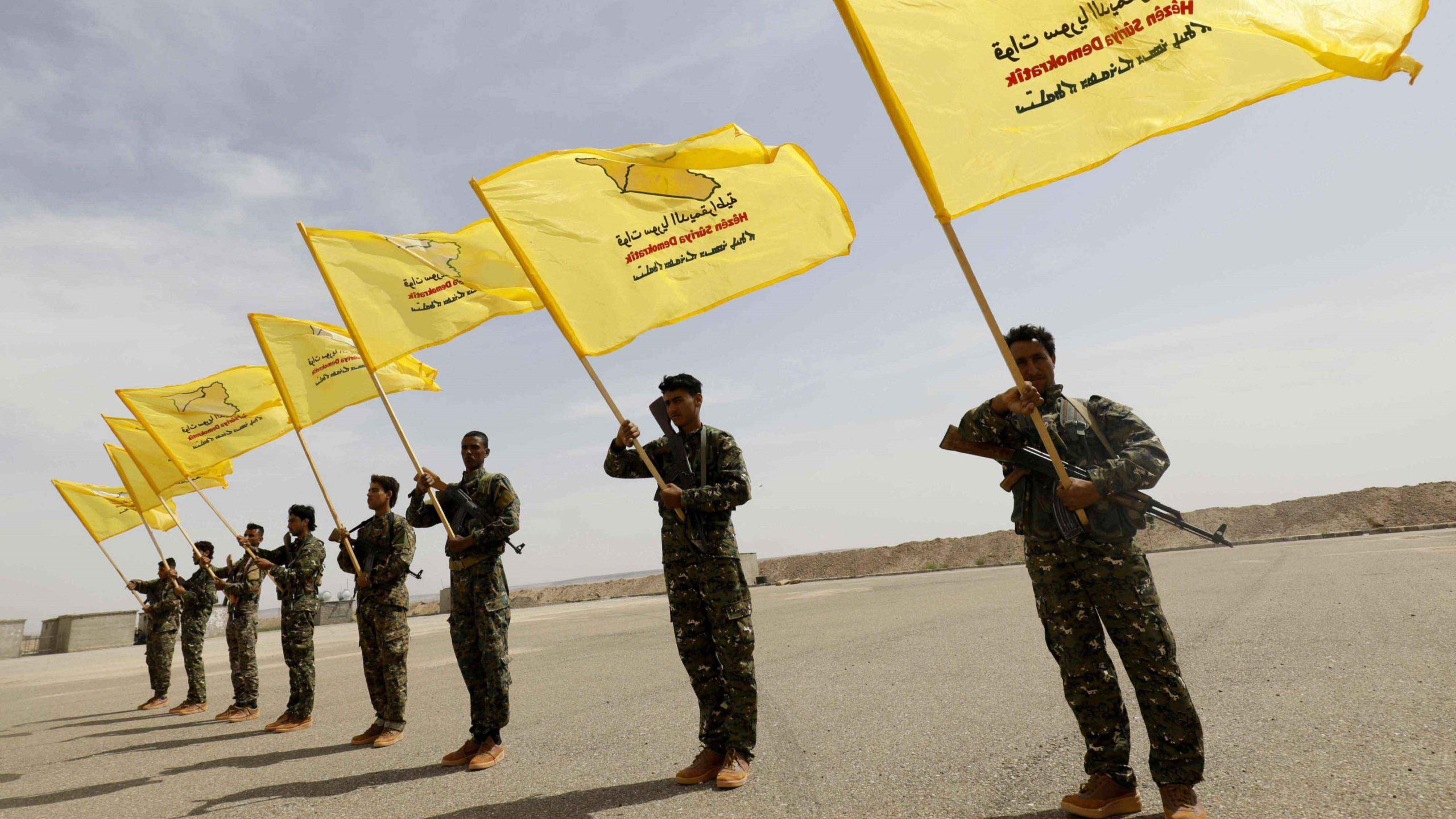 Local sources in northeast Syria reported that the US-backed Syrian Democratic Forces (SDF) launched an arrest campaign in the city of Deir Ezzor on 28 March after an attack by popular factions on an SDF checkpoint left one militant dead.

SDF militants raided several houses in Al-Susah village and other towns after setting up checkpoints and imposing a curfew. Reports said that SDF members took several civilians captive and drove them to an unknown location.

According to sources, the SDF went on a random arrest spree, detaining people without evidence of their involvement in the targeting of the checkpoint.

The SDF’s Hajin Military Council accused “terrorist cells” of “targeting a military vehicle of the council when it was passing near demonstrations,” and issued an order to residents in the town of Darnij to stay in their houses until search operations are completed.

Local sources also reported that, in an attempt to pressure residents into giving up information about the attack, the SDF burned down five houses.

The protests called for access to essential products within the autonomous administration in north and east Syria, which is controlled by the US-backed Kurdish militia.

The SDF has referred to the protests as “riots under the guise of demonstrations.”

Protests against the SDF began at the start of this month after Arab tribes accused the US-backed militia of marginalizing them from decision-making circles.

“None of the international coalition’s promises to change the reality of the situation in the countryside of Deir Ezzor and to grant administrative and military powers to the people of the region have been implemented, and things are getting worse,” the tribal leaders warned at the time.

In February, reports surfaced alleging that the US army facilitated a deal between the SDF and the Hayat Tahrir al-Sham (HTS) armed group to sell them oil stolen by Washington’s troops from Syria’s vast oil fields.

Keywords
Abu Mohammad al-JulaniDeir EzzorHayat Tahrir al ShamHTSKurdish militiaoccupation forcesprotestsSDFSOHRstolen Syrian oil
More news
UAE invites Ben-Gvir to National Day reception
Dec 01, 2022
Iran, Iraq conclude contracts worth $4 billion in technology, engineering
Dec 01, 2022
47 intelligence agencies waging “hybrid warfare” against Iran: Report
Dec 01, 2022
Turkish airstrikes decimate Syrian energy facilities: Oil Minister
Dec 01, 2022
PreviousNext
UAE invites Ben-Gvir to National Day reception
The diplomatic relationship and bilateral cooperation and trade significantly improved between Israel and the UAE since the signing of the Abraham Accords
Dec 01, 2022
Iran, Iraq conclude contracts worth $4 billion in technology, engineering
Iranian exports to Iraq are expected to increase to $9 billion in the coming months, despite Iran's security concerns over Kurdish separatist groups in Iraq
Dec 01, 2022
47 intelligence agencies waging “hybrid warfare” against Iran: Report
According to Tehran, security forces have not yet resorted to the use of live ammunition against protesters and rioters
Dec 01, 2022
Turkish airstrikes decimate Syrian energy facilities: Oil Minister
The strikes have also worsened northern Syria’s water crisis, as a number of water pumps and desalination plants have been halted
Dec 01, 2022
Saudi Arabia inks arms deal with Spain to strengthen naval forces
Riyadh has increased its efforts in cooperation with nations across the globe as Saudi leaders look to move away from the kingdom's US dependency
Dec 01, 2022
Lebanese parliament again fails to elect president, pushing nation deeper into crisis
As Lebanon sinks deeper into crisis, US officials have said that once the 'complete disintegration of the state' happens, Lebanon can be 'rebuilt from the ashes, freed from the curse of Hezbollah'
Dec 01, 2022
US war chief warns Turkiye against launching ground offensive in Syria
The warning by Lloyd Austin came hours after Ankara deployed reinforcements to the border with Syria
Dec 01, 2022
Russia reinforces military presence in northern Syria
Moscow has been mediating talks between Damascus and the Kurdish groups present on the border with Turkiye
Dec 01, 2022
Turkiye dispatches new military reinforcements to Syrian border
Turkiye demands a complete withdrawal of the SDF from Manbij, Kobani, and Tal Rifaat
Nov 30, 2022
US, Oman discuss political solution for Yemen
The meetings of the US and UN envoys come as part of a continued international effort to extend the six-month truce
Nov 30, 2022
PreviousNext
Most Popular
US-Turkiye brinkmanship won’t reach a point of no return
BY MK Bhadrakumar Nov 28, 2022
The role of UK intelligence services in the abduction, murder of James Foley
BY William Van Wagenen Nov 25, 2022
A war of narratives: Who killed the child in Iran’s Izeh?
BY Fereshteh Sadeghi Nov 23, 2022
Pentagon fails to pass new financial audit, unable to account for over $2 trillion in assets
Nov 23, 2022
Israel, US to conduct air drill simulating attack on Iran
Nov 28, 2022