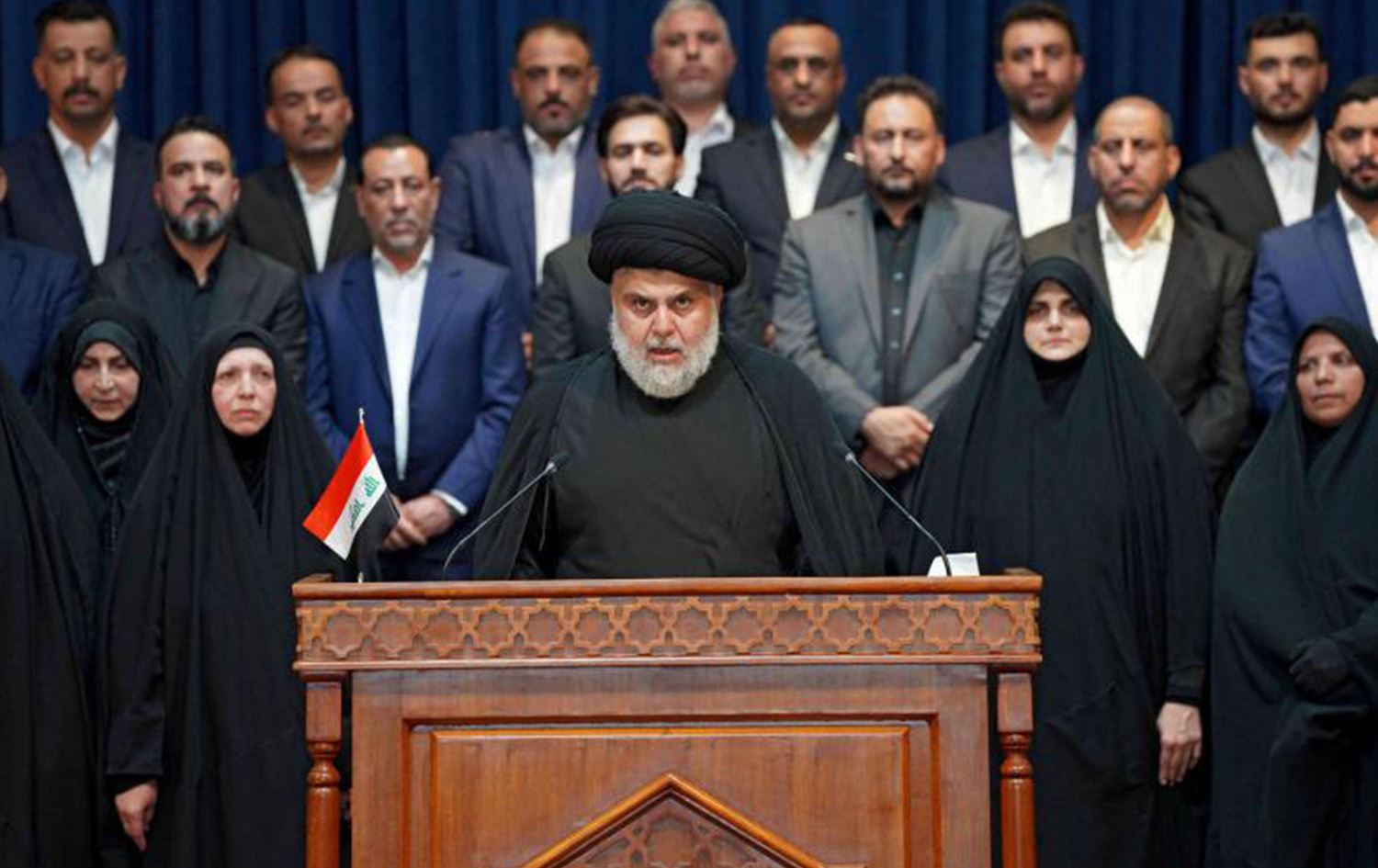 Late on 31 March, the leader of the Sadrist bloc, Shia cleric Muqtada al-Sadr announced that his coalition would withdraw from negotiations to form Iraq’s next government, opening the door for the Coordination Framework (CF) to lead the talks.

In his announcement, Al-Sadr gave CF leaders 40 days to negotiate and to come to an agreement with other parties.

“In order for Iraq not to remain without a government, which will deteriorate the security, economic and service conditions, I am giving [the Coordination Framework] an opportunity to negotiate with all the blocs to form a national majority government, without the Sadrist bloc, in a period from the first day of Ramadan until the ninth of Shawwal [40 days],” the influential cleric said via Twitter.

Al-Sadr also instructed members of his coalition to not interfere in these negotiations, “neither positively nor negatively.”

Soon after Al-Sadr’s announcement, members of the State of Law Coalition said that the party’s leader, Nouri al-Maliki, had begun talks with Iraq’s other political forces to form the next government.

“We seek not to exclude anyone, and we hope that Al-Sadr would participate in the government, and we will seek to communicate with him about this,” a representative of the State of Law Coalition, Thaer Mukheef, told Shafaq News Agency.

Iraqi media reports quote sources within the CF as saying that the upcoming talks will focus on choosing a “consensual” prime minister representing the largest bloc in parliament and who will be approved by the CF and the Sadrist bloc.

Al-Sadr’s unexpected move comes two days after parliament failed for a third time to elect the country’s next president due to a lack of quorum.

The lack of quorum was due to a boycott of these parliamentary sessions amid frictions between the Coordination Framework and the Tripartite Alliance, which comprises the Sadrist bloc, the Kurdistan Democratic Party, and the Sunni Sovereignty Alliance.

Following the failed session on 30 March, Al-Sadr took to Twitter to tell CF leaders: “I will not agree with you, as consensus means the end of the country.” He went on to say that the Iraqi people will not be subjected to “subordination, occupation, or normalization.”