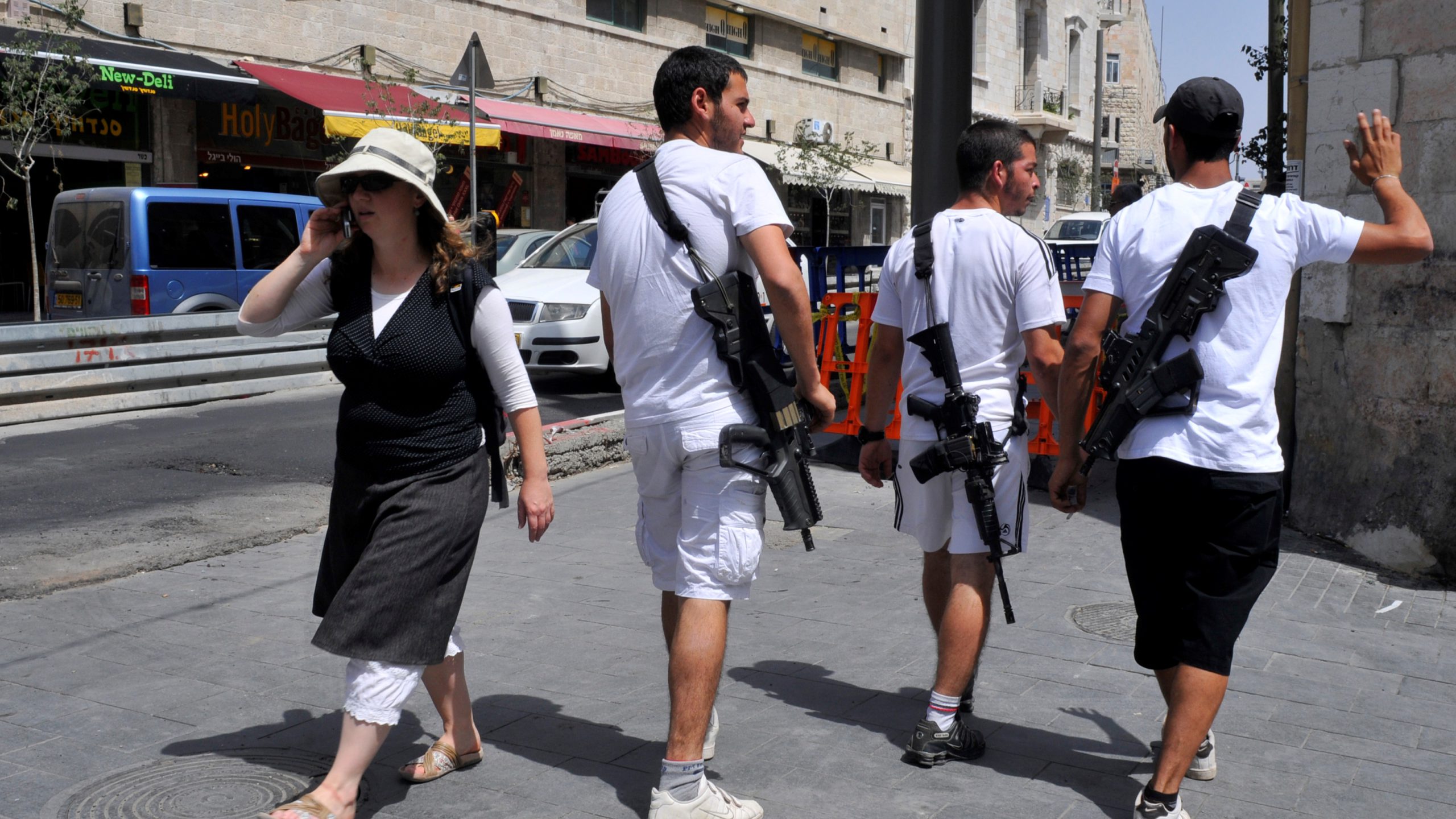 Applications for firearm permits in Israel have skyrocketed over recent days following a wave of attacks targeting settlers.

Just last week, the Firearms Licensing Division in the Public Security Ministry reported a 700 percent spike in applications in a single day. According to officials, there was a record 6,625 firearm permit applications in March alone.

During Israel’s war on the Gaza Strip last May, the licensing division received 6,525 firearm permit applications.

A senior security ministry official cited by Israel Hayom called the spike in demand for firearms “unusual on a historic scale.”

Following a deadly shooting in the ultra-Orthodox Jewish town of Bnei Brak on 30 March, Israeli Prime Minister Naftali Bennett called on licensed gun owners to arm themselves in public.

Israel has a higher than average percentage of citizens who have served in the military, as all Jewish citizens over the age of 18 are required to enlist into the occupation army.

Israeli authorities placed the country on high alert following the wave of attacks against settlers in the lead-up to Land Day, an annual call for the liberation of Palestinian lands from Israeli occupation, and in commemoration of a 1976 general strike which led to the killing of six unarmed Palestinians and hundreds of wounded.

Occupation troops have also bolstered their presence along the borders with the Gaza Strip and the West Bank, carrying out raids in the occupied territories that have left several dead and injured.

Palestinian and regional resistance factions have welcomed the wave of attacks on Israeli settlers, with Hamas calling them acts of “heroism” and “a natural and legitimate reaction to the escalated terrorism and crimes of the occupation against our land, people, and holy sites.”

The Palestinian Islamic Jihad (PIJ) said “resistance to the occupation will continue with all force,” while the Popular Front for the Liberation of Palestine (PFLP) said the attack affirms Palestinian adherence to resistance.

Lebanese resistance movement Hezbollah said the attacks proved there was “no safe place” for Israeli settlers or soldiers on the occupied lands of Palestine.