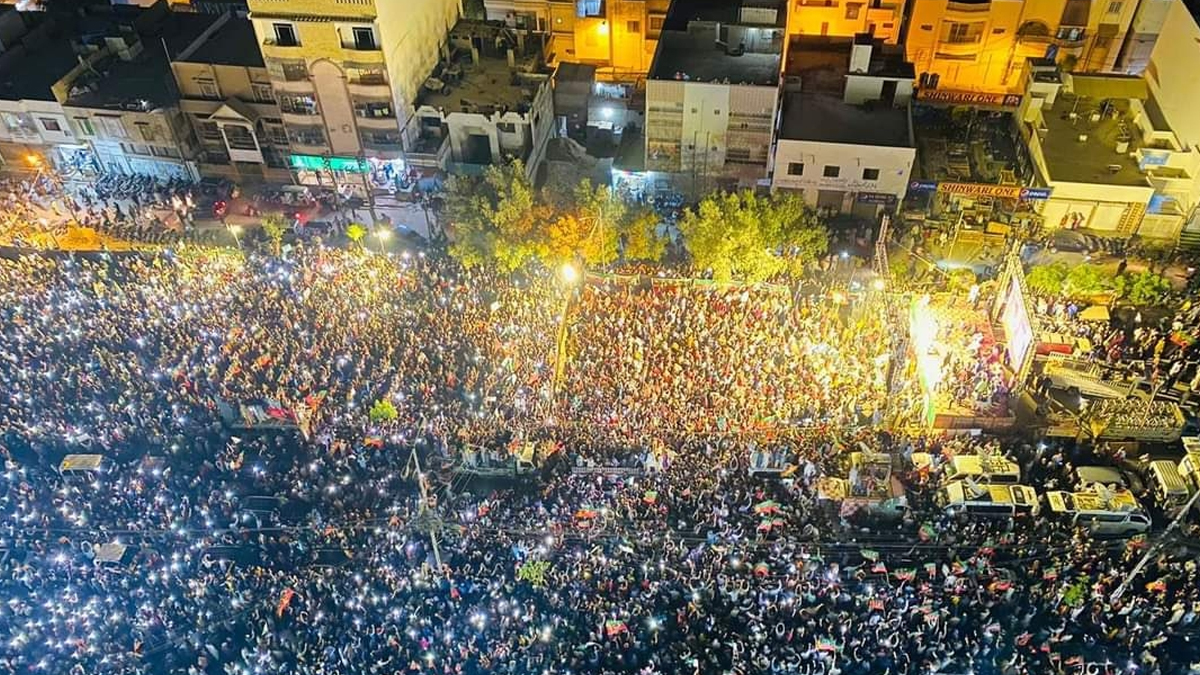 Just hours before the Pakistani parliament was set to vote on a new prime minister to replace the recently ousted Imran Khan, lawmakers in Khan’s Pakistan Tehreek-e-Insaf (PTI) party handed in their resignations en masse.

“We won’t legitimate a government which is brought by foreign intervention. We are boycotting and announcing our resignation from NA”-@SMQureshiPTI pic.twitter.com/KB0MryyDWS

The lawmakers said they would not allow a government brought in by foreign intervention to take control of Pakistan. These resignations are also expected to lead to snap elections.

This latest development came just one day after massive protests swept the nation, with tens of thousands rallying in favor of Khan and against what many have called a foreign conspiracy spearheaded by the US.

Multiple cities erupted in protests on the night of 10 April in support of the ousted PM and the PTI including in Islamabad, Peshawar, Khyber Pakhtunkhwa, Karachi, and Lahore.

It looks like Imran Khan has hit “Ctrl + C” on March 27 Islamabad Jalsa and then “Ctrl + V” in all Pakistan cities! Never seen before scenes all over Pakistan right now! #RevolutionBlackedOut pic.twitter.com/7pFWxcaKBR

“In a democratic system, the final voice will be the voice of the people. And the voice is the people is Imran Khan,” Ambareen Turk, a local PTI activist told Reuters from the protest in Islamabad.

Pakistani expats living in West Asia also joined in on the protests, with rallies taking place in Dubai.

Call was for Pakistan but Pakistanis across the globe standing up for #ImranKhan #امپورٹڈ_حکومت_نامنظور#عمران_خان_نہیں_جھکا pic.twitter.com/RVqQDSgUOF

Only a few minutes after midnight on 10 April, the parliament of Pakistan held a no-confidence vote to oust Prime Minister Imran Khan. The vote was held successfully, with the majority of MPs in favor of ousting Khan from office.

Khan has accused the opposition of conspiring with “foreign powers” to remove him from office because he would not comply with western demands to stand against Russia and China.