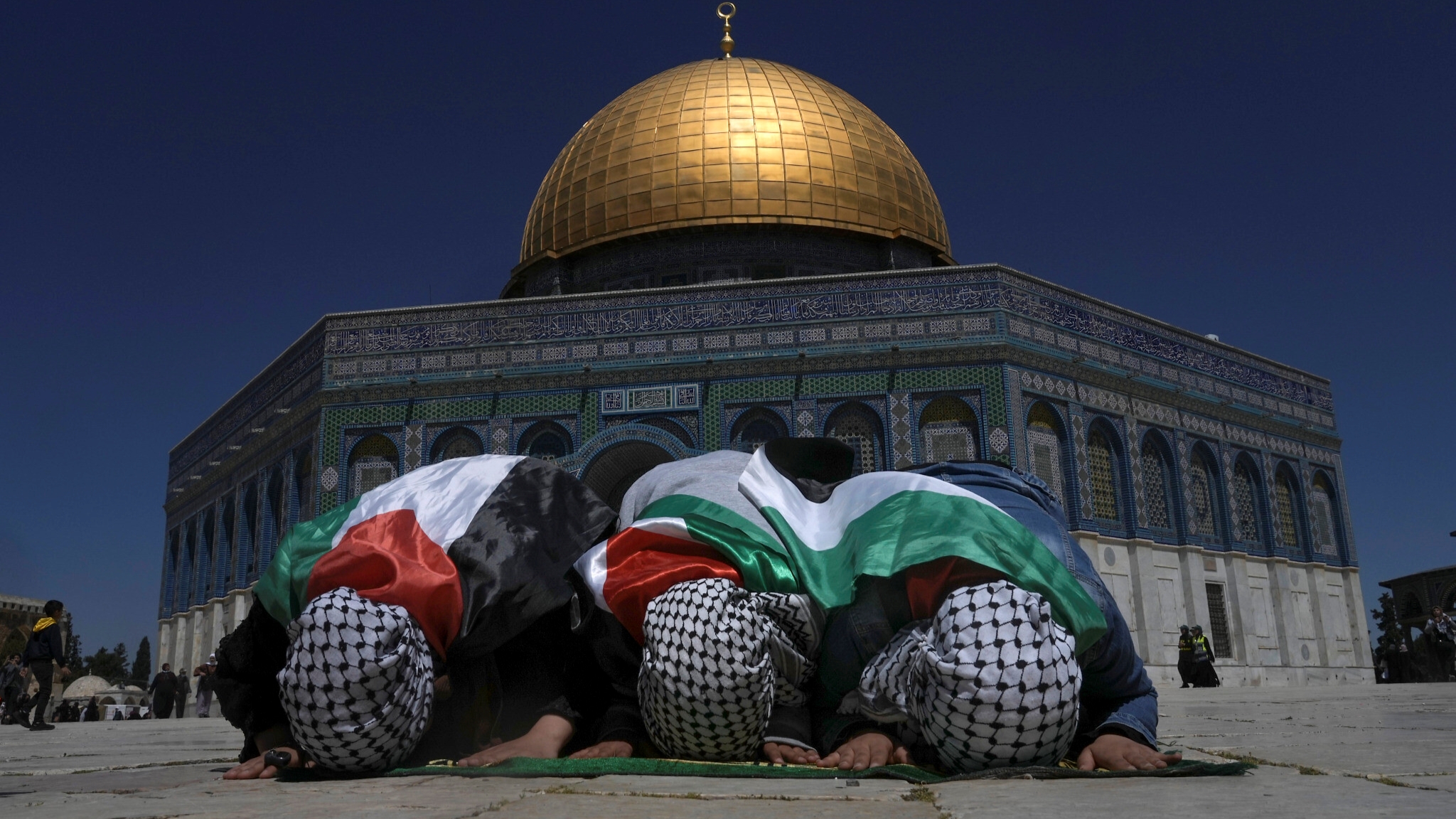 Israeli occupation troops stormed the grounds of Al-Aqsa Mosque in occupied East Jerusalem for a fourth day in a row on 20 April, expelling Palestinian worshippers to make way for the incursion of Israeli settlers.

Over 1,000 settlers entered the holy grounds and performed Talmudic rituals following the violence, under the protection of the occupation troops according to local reports.

This marks the fifth time in one month that Al-Aqsa Mosque has been raided by the Israeli forces in order to make way for the incursions of settlers.

Tensions are expected to rise later in the day as far-right Jewish groups announced plans to hold a provocative march around the walls of the Old City, despite not having received official approval.

In response to the growing provocations, Palestinian resistance factions announced on 19 April they were raising the general state of alert to protect Al-Aqsa Mosque and occupied East Jerusalem.

Following an emergency meeting, the resistance groups released a statement in which they declared the need to”raise the state of general alert at all levels, in anticipation of any new aggression against the blessed Al-Aqsa Mosque or [any new foolish acts] by the occupation and settlers.”

The statement also called for the “continuation of the permanent state of confrontation in all its forms with the enemy … in defense of holy sites and in rejection of occupation, settlement, and Judaization.”

The resistance factions went on to call for mass mobilizations to protect Al-Aqsa Mosque, saying that the state of alert will remain in force throughout the month of Ramadan and past Eid al-Fitr.

Tensions across the occupied territories have reached a fever pitch level over recent weeks after several Palestinians carried out attacks on Israeli citizens in various cities, including Tel Aviv, rising up against the ongoing violation of their rights and the occupation of their lands.