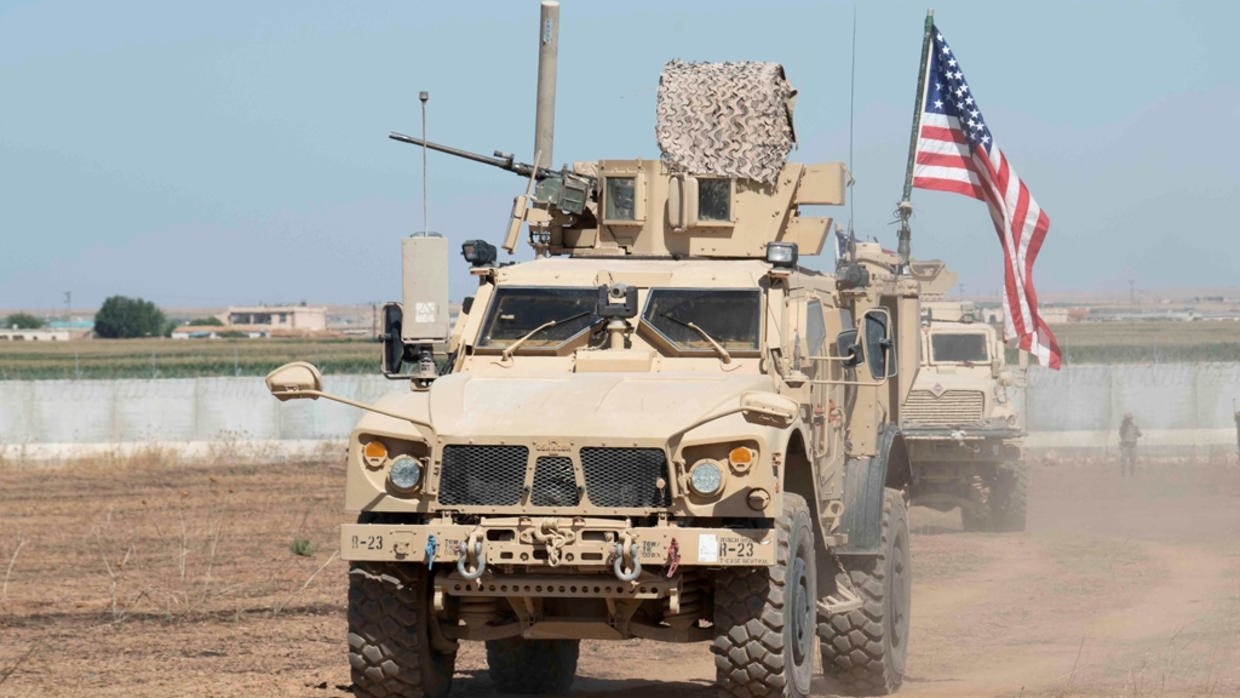 On 19 April, Syria’s state-sponsored news agency SANA reported that a US convoy consisting of 108 vehicles, including 40 trucks and 60 oil tankers, was seen crossing the border into Iraq via the Al-Waleed border crossing on 18 April.

Multiple sources say the convoy was coming from Khirbat al-Jeer airport, which is used by US occupation forces as a military base in northeast Syria.

This development comes just a week after another US military convoy was denied access from government controlled areas in Hasakah governorate, as locals from the village of Hamou had blocked their path.

Despite boiling public resentment against US occupation troops in northeast Syria, Washington continues to claim that their presence is aimed at preventing oilfields in the area from falling into the hands of ISIS.

Damascus, however, maintains that the illegal presence of US troops is meant to “plunder the country’s resources.”

The presence of US forces in Syria is illegal under international law, as troop deployment in Syria is being implemented without either the consent of the Syrian government or the UN.

On 6 March, residents from eastern Syria forced a US military convoy to turn tail in Tal Ahmed in the Qamishli countryside when the convoy attempted to enter the village, which is under the control of the Syrian Arab Army (SAA).

Videos obtained by Sputnik Arabic show children in the village of Tal Ahmed throwing stones at the US convoy, and the collective joy of people confronting US occupation forces.

Dozens of residents from Makhrom town, southwest of Hasakah city, also protested against the US-backed Syrian Democratic Forces (SDF), which successfully led to the expulsion of SDF representatives from the village.

Syria’s envoy to the UN Bassam al-Sabbagh accused Washington and other NATO members on 25 February of hindering efforts by the Syrian government to put an end to the 11 years of war and rebuild the country.

“The suffering of the Syrian people continues as a result of the practices of western countries whose interests and agendas have prevailed over the lives of Syrians and the security and stability of the region,” the Syrian envoy said.