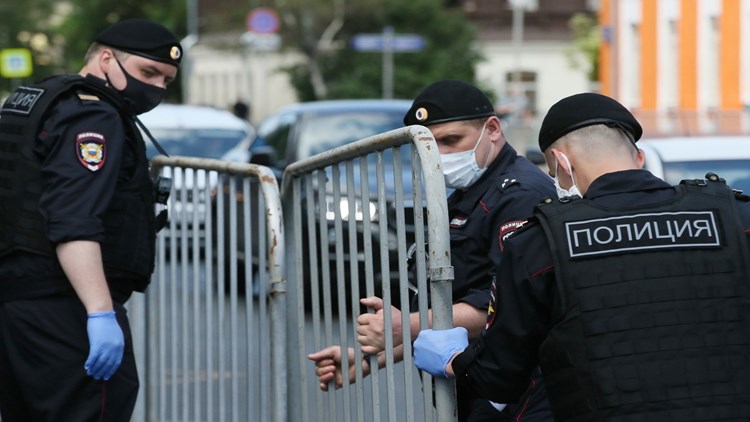 Russia’s Federal Security Service (FSB) announced on 25 April that they had prevented a terror attack in the Stavropol region of Crimea, which was reportedly to be carried out by members of ISIS.

“The Russian Federal Security Service thwarted a terrorist act on the territory of Stavropol, as the activity of ISIS supporters was revealed in the city, who, on instructions from abroad, planned to commit a terrorist attack on the transport infrastructure in the region,” the FSB said in a statement.

The suspect was arrested while preparing to carry out the attack, the statement added.

On 21 April, another terror attack was foiled by Russian security forces in the Simferopol region of Crimea after the suspect, a Russian citizen who was planning to blow up the city’s railway, was arrested.

The attack was to have been carried out “at the direction of the leaders of the Crimean Tatar Islamic volunteer battalion Krym, which is taking part in hostilities against the Russian Armed Forces in Ukraine,” an FSB statement said at the time.

On 1 April, 10 people were detained across nine different Russian districts for working with members of Hayat Tahrir al-Sham (HTS).

Officials said that leaders of the terrorist organization instructed the arrested men to construct a regional network to gather cash, which would then be channeled to the militants in the terrorist-controlled Syrian region of Idlib.

The arrests came just days after a report surfaced claiming that 87 former members of ISIS were transferred to the Syrian-Turkish border under the direct supervision of HTS leader Abu Mohammad al-Julani, before making their way to Ukraine.

The Kremlin has expressed concerns over the growing number of ISIS and HTS members reportedly fighting Russian troops in Ukraine, while also dealing with the domestic threats posed by these groups within their borders.

On 8 March, around 450 HTS militants arrived in Ukraine to fight against the Russian army. The militants consisted of both Arab and foreign nationals, as HTS, ISIS, and other militias allow foreigners to join their ranks.