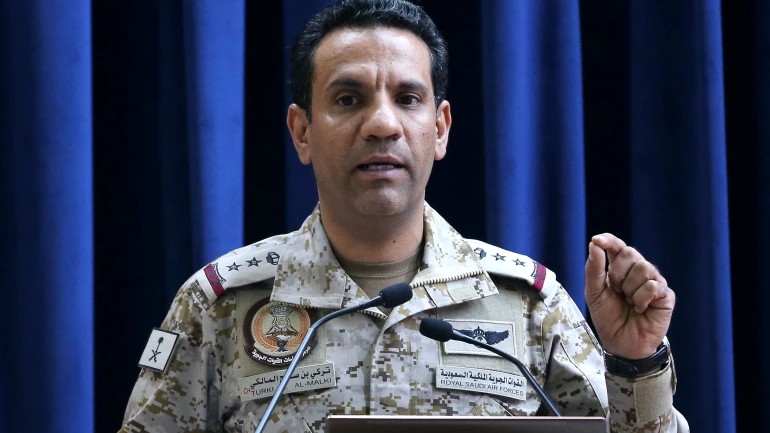 The Saudi-led coalition announced on 28 April they will release 163 prisoners belonging to Yemen’s Ansarallah resistance movement, in what it calls a “humanitarian initiative” to accelerate efforts to end the war.

“The leadership of the joint forces of the coalition will release 163 Houthi prisoners who participated in the hostilities against the kingdom, as a humanitarian initiative,” the Saudi-led coalition spokesman, General Turki Al-Maliki, said in a statement.

According to Al-Maliki, the decision to release the prisoners is aimed at supporting UN efforts to solidify the ceasefire agreement that was reached on 2 April, and to “prepare the atmosphere for dialogue between the Yemeni sides and facilitate closing the prisoners and detainees file.”

On 27 March, officials from Yemen’s Ansarallah resistance movement announced their readiness to implement a prisoner exchange deal with the Saudi-led coalition.

The deal was reached under the auspices of the UN on 21 March and called for the release of 1,400 Ansarallah prisoners in return for 823 coalition prisoners.

However, the UN, the Saudi-led coalition, and the parallel Saudi-backed administration in Aden failed to meet the terms of the swap.

The head of Yemen’s National Committee for Prisoners Affairs, Abdul Qadar al-Murtada, told Al-Masirah TV on 24 April that this exchange would involve the release of 200 prisoners from each of the warring parties before the start of Eid al-Fitr.

Al-Murtada said that the proposal had been submitted to the Saudi-led coalition through the UN, with the exchange expected to be implemented next week. He added that Sanaa is waiting for the response of the coalition, and that he expects the coalition to comply with the arrangement.

Despite claiming to have ended operations against Yemen as part of the ceasefire, the Saudi-led coalition has violated the agreement over 1,000 times since the truce was called, according to Yemeni military sources.

Yemen’s military media reported that since the start of the ceasefire on 2 April, coalition spy planes had launched over 41 airstrikes in Hodeidah, Marib, Taiz, Al-Dhale, and Lahj, resulting in both civilian and military casualties.

Despite these violations, the UN special envoy to Yemen, Hans Grundberg, has said that both sides of the conflict have expressed their commitment to upholding the ceasefire.