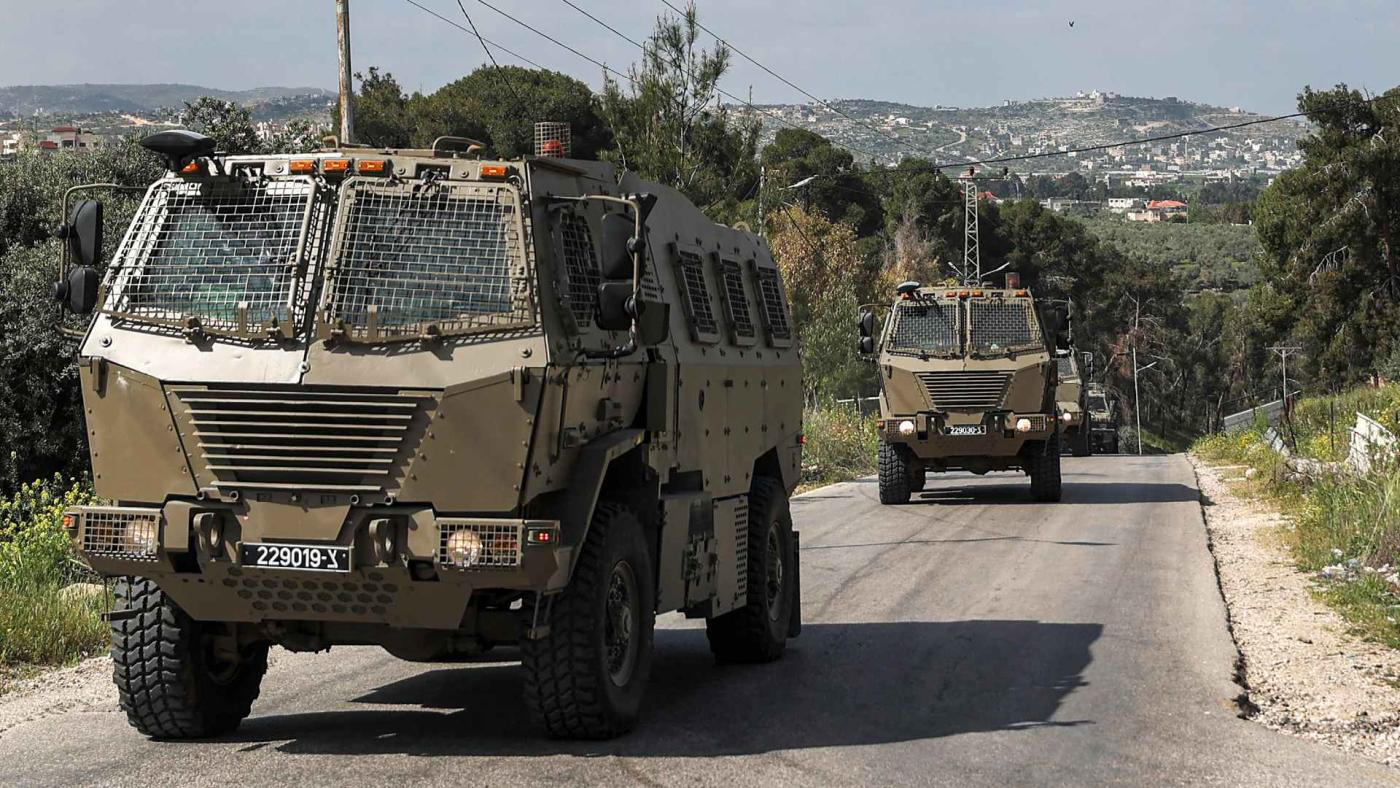 Israeli military vehicles drive to the Palestinian city of Jenin in the occupied West Bank on 9 April 2022. (Photo credit: AFP)

The Palestinian city of Jenin was brutally raided by Israeli forces on the morning of 1 May, leaving two Palestinians wounded.

During the raid, local residents put up fierce resistance while Israeli forces used tear gas, according to eyewitnesses.

Jenin has been the focal point for heavy Israeli raids and crackdowns, following a one-man solo resistance operation in the heart of Tel Aviv by Jenin local Raad Hazem on 7 April.

After the shooting, Israelis raided Jenin on 9 April.

According to Palestinian data, 23 Palestinians were killed in the occupied West Bank in the various raids that occurred over the past month.

The Secretary General of the Palestinian Islamic Jihad (PIJ), Commander Ziyad al-Nakhalah, warned on 10 April that Israel’s violent raids on the West Bank city of Jenin could lead to a “full-scale and major confrontation with the occupying regime at any time.”

On 28 April, PIJ unveiled a domestically-produced combat drone named ‘Jenin,’ after the Palestinian city, announcing that the new unmanned aerial vehicle (UAV) is operational and will be used in future confrontations.

Since the onset of violent Israeli crackdowns on Palestinian worshippers at Al-Aqsa Mosque during the holy month of Ramadan, Palestinian resistance factions have been stepping up retaliatory measures, including several missile launches from Gaza into the surrounding settlements.

Israeli forces additionally brutalized Palestinian Christian worshipers on the eve of the Easter holiday at the Church of the Holy Sepulcher.

In the wake of Israeli escalations against holy sites and unarmed worshippers, Hamas warned on 30 April that a full-scale war – which could evolve into a regional war – will occur if Israel continues its aggression on Al-Aqsa.