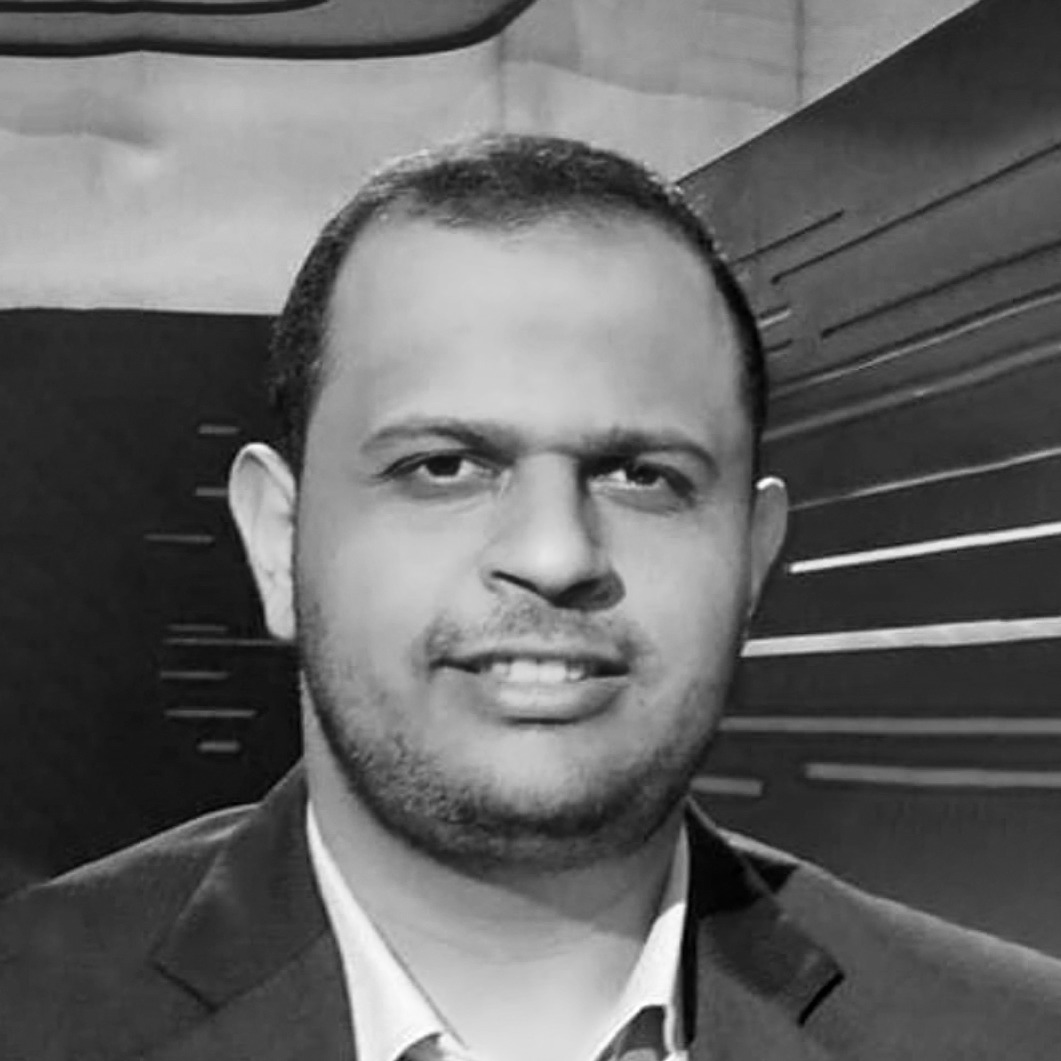 Photo Credit: The Cradle
After enduring heavy Israeli provocations during the holy month of Ramadan, Palestinians will be tested again this Sunday with the Flag March – an annual Jewish celebration of the 1967 capture of Palestine’s Old City in East Jerusalem.
Tensions are rife in Jerusalem. This year and next, Ramadan falls on the same month as Jewish religious holidays, each offering a pretext for Israeli extremists to taunt, injure, and kill Palestinians in occupied lands.
So if Sunday’s march doesn’t provoke a conflagration, there is still 2023 to contend with.
Israel can no longer control outcomes

For years, Israel has been surveilling Palestinian movements in an effort to predict the eruption of a new uprising (Intifada), but has been unable to determine when it will take place.

Last March, for example, a report by the Israeli Internal Security Agency (Shin Bet) identified several incidents that could lead to a large-scale confrontation in Palestine – and the likely locations for it. And, indeed, the expected happened.

But what the Shin Bet report did not say was that Israel itself is pushing for this confrontation so that it can choose the time and place in order to try to control the outcome.

The evidence abounds: Israel allows hundreds, even thousands, of extremist settlers a free hand to storm Al-Aqsa Mosque in Jerusalem to perform Jewish Passover rites at the Muslim site. This year, they were not allowed to conduct animal sacrifices inside courtyard of the Mosque, but that may happen next year.

The Israeli army accompanies and protects Jewish settlers during their attacks on Palestinian cities, towns, and villages of the occupied West Bank. The examples are countless; the difficulty is in predicting the results of the ensuing clashes.

Tel Aviv seeks an escalation of tensions, but without a Palestinian reaction. While Israel presents itself as a secular state, its barely veiled ambition is to Judaize Al-Aqsa Mosque and build the Temple of David over its ruins.

Israel’s strategy is to emulate the Ibrahimi Mosque model in Hebron: to incrementally divide Al-Aqsa by allocating times for Jews to perform religious rites within the courtyards of the mosque – then expand those rights. This is significantly equal to the construction of a Temple.

Palestinians thwarted Israel’s efforts during both this and last year’s Ramadan. Last month, their resistance factions were careful – particularly in the Gaza Strip – not to engage in a bloody confrontation, but allowed Palestinians in the West Bank, Jerusalem, and the 1948 areas to rise up instead.

Israel’s right-wing government and parties know full well that canceling the Flag March – or even diverting its path away from Al-Aqsa – constitutes a submission to the Palestinian resistance factions.

Palestinians are now demanding the marchers be prevented from entering the Muslim Quarter of the Old City and Bab al-Amud. This is a dangerous request for a state like Israel that relies mainly on the principle of deterrence and the excessive use of force to subjugate its opponents.

About a week ago, Yedioth Ahronoth reported that the Israeli security establishment was preparing for the Flag March with “high alertness for the possibility of escalation,” pointing out that “all the bodies, the Shin Bet, the army and the police, recommended that the march take place as planned.”

In short, the very security establishment that ostensibly seeks to quash opportunities for a Palestinian intifada, are recommending that Jewish marchers traipse through the historically sensitive Bab al-Amud.

The Israeli security establishment has warned that any change in the route “will be interpreted as Israeli weakness,” and has recommended a “fierce response” to any Palestinian action.

Although Israel claims it is ready for further clashes with Gaza, it tried to avoid this outcome during Ramadan. It seems, however, that Tel Aviv’s calculations have changed after a series of developments, which include Hamas Gaza Leader Yahya Sinwar’s threat – in a speech at the end of Ramadan – that the resistance will wage a war to defend its victories in the May 2021 Sayf Al Quds battle over the sanctity of Jerusalem.

The perceived higher threat level has made Israeli police, in several subsequent provocative activities organized by Jewish settlers, reduce their numbers in Al-Aqsa and ban them from raising Israeli flags.

Domestically, Israel is in trouble. The government of Prime Minister Naftali Bennett is in imminent danger of collapse. That possibility appears to increase if he shows inaction or failure in dealing with security issues, whether in the occupied West Bank or in the Gaza Strip.

Bennett’s government is under pressure from parties even further to his right, who represent a large number of Israeli votes that he does not want to lose. And hawkish former prime minister Benjamin Netanyahu, eager to return to the post he occupied for 15 years, is nipping at Bennett’s heels.

Amid the internal political crisis, Israel’s security establishment fears losing much of its deterrent power against Palestinian resistance factions, newly armed with enhanced missile technology, drone capabilities, and unprecedented field coordination. Indeed, the Israelis have come to feel that the factions are controlling the internal scene.

There are a number of indicators that a confrontation is more likely to unfold in the next few days than at any time this year.

First, on 9 May, the Israeli army launched its largest ever military exercise, Chariots of Fire, which involves nearly all units of the Israeli army, and simulates the outbreak of war on several fronts with Gaza, Lebanon, Syria, and Iran.

Second, since the start of the maneuver, increased flights of reconnaissance planes – AWACS and others – have been observed over Gaza. Sources in the resistance factions interpret this as an attempt by the Israeli army to accumulate a new target bank to be used in any upcoming confrontation.

Third, Palestinian factions have raised their alert levels since the start of Israel’s military maneuvers. According to sources in Gaza, there are strict measures on the movements of the senior resistance military leaders and precautionary measures in the movement of monitoring units, as well as the cancellation of training courses.

Fourth, from a wholly Israeli point of view, the army believes it has not taken any action against Gaza since 2008. In its mind, in both 2014 and 2021, it was the resistance that decided to ‘launch a confrontation’ after Israel’s many provocations against Palestinians, including attacks, assassinations, and sieges.

But the Sayf al Quds (Sword of Jerusalem) war in May 2021, was the most dangerous Israel has encountered in recent decades. Small-scale Israeli aggressions in Jerusalem provoked all the occupied territories and unified Gaza, the West Bank, Jerusalem and 1948 Palestinians – depriving the Israeli security establishment of their ability to compartmentalize and control each of these four ‘units.’

For this fifth reason, there is an urgent Israeli need to re-establish the psychology of deterrence and to rearrange the Palestinian scene into a manageable and predictable state.

Sixth, the resistance estimates that Israel may take advantage of current tensions to carry out assassinations of their most influential leaders, especially Yahya Sinwar, Ziad al-Nakhaleh, Muhammad al-Deif and Marwan Issa. These leaders have contributed heavily to the increase in Israel’s threat perception by keeping their ranks battle-ready and by unifying the Gaza, Jerusalem and West Bank arenas of confrontation.

In anticipation of renewed targeted killings, Hamas Political Bureau Leader Ismail Haniyeh issued a warning in an 18 May letter to regional mediating states that any assassination policy adopted by Tel Aviv would lead to a major war. The resistance believes that Israel will use the cover of ongoing military maneuvers to direct a severe blow to their command and control centers in order to contain a harsh Palestinian reaction.

On the seventh point, noting that the Gaza resistance has not escalated its rhetoric – setting a date for firing rockets, for example – Israel decided to proceed with the Flag March, providing that another security assessment is conducted on the night prior.

As a Palestinian security source told The Cradle: “Something unusual should have happened to change the course of the march, because the threats until this moment are low-level.”

Then, in yet another unfolding development, Hezbollah Secretary-General Hassan Nasrallah, in his 25 May speech commemorating the liberation of southern Lebanon, announced – on behalf of the entire Axis of Resistance – that the attack on Al-Aqsa Mosque and the Dome of the Rock “will lead to the detonation of the region.”

In the following hours, the plan for the Israeli Flag March was temporarily halted and attempts were made to reduce the heat. According to Israel Hayom newspaper, directly after Nasrallah’s speech, Israel made contact with Egypt, the United Nations, and Qatar to prevent further escalation.

Palestinian resistance factions, however, are in a state of absolute preparedness. They know not to be placated by deceptive Israeli statements, because they continue to observe active Israeli preparations on the ground. A resistance security source says Tel Aviv is frantic, and that there is an “urgent Israeli strategic interest to undermine the state of mutual deterrence between the resistance and the occupation.” Nothing will move Israel from this obsession to establish perceived strength.

The most clear expression of this was voiced by Yossi Yehoshua in Yedioth Ahronoth when he wrote that “all [Israeli] security chiefs warn that changing the course of the Flag March at the last minute will be interpreted as weakness.”

It’s getting hot in here

It is important to understand that the Israeli army pronounced Gaza “deterred” in May 2021, just before battles broke out across occupied Palestine. The Israeli army believed that Gaza would not react because it feared another Israeli military operation. Israel’s military establishment has, once again, made that same assessment this year.

But this is not necessarily true. The last hours leading up to Sunday’s Flag March may carry a new statement by the Chief of Staff of Al-Qassam Brigades Muhammad al-Deif, in which he renews intent to establish red lines around Al-Aqsa Mosque and Palestinian neighborhoods in Jerusalem.

Gaza resistance sources confirmed to The Cradle that although they tried to preserve the ‘deterrence equation’ without entering into a new confrontation during Ramadan, there is a strict decision to prevent Israel from reversing the advantages gained from last May’s Sayf al Quds war. Such a reversal, one source adds, “will mean an acceleration in the Judaization of the Holy City.”

Hours from now, 16,000 Jewish settlers will rally for the Flag March, waving Israel flags in besieged Palestinian areas, to signal their absolute sovereignty over the city, its neighborhoods, and its holy sites.

Until Sunday, many international and regional mediations will take place behind the scenes in an attempt to reach a solution. However, even if the event in Jerusalem passes without escalation, there are no indications that the operations in the Palestinian cities or the clashes in the West Bank will stop.

In the West Bank, the scene is developing quickly. The Jenin Brigade model has been replicated in other cities, such as Nablus and Tulkarm. Entering these cities, with their vast areas and overcrowded, heavily armed camps, will make staying on the brink of confrontation a permanent situation.

This scene, with all its details, suggests that periods of calm have become a thing of the past. Israel is well aware of this. The resistance factions believe that a battle is inevitable – if not now, then very soon, but they will not allow it to be on “the date set by the Israelis.”