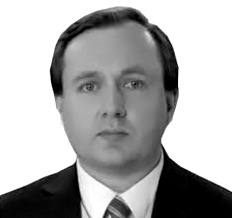 For the past two years, Western politicians and media have made the accusation that China is committing “genocide” or “severe human rights abuses” in the Xinjiang Autonomous Region to the country’s west, home to Turkic Muslim ethnic group known as the Uighurs. As an ethnic minority group, the Uighurs have long clashed with China’s Han-dominated Communist political system, often leading to terrorist incidents, and, as of 2009, riots that intensified security in the Xinjiang region.

The tumult prompted the Chinese government to establish a series of state-led re-education programs over the years, providing vocational training to curb restiveness in Xinjiang and to stem radicalization. But these camps are now frequently portrayed as “concentration camps” by a persistent Western media narrative, fed largely by a number of superfluous US government-funded institutions that claim China is “detaining one million Muslims.”

The claim has been a primary line of attack in order to politically legitimize confrontational foreign policies against Beijing, to lock other western countries into following the US direction, to undermine engagement with China, and to selectively promote ‘decoupling’ from sectors of China’s economy by depicting them as complicit in mass human rights abuses.

But what has been more telling, is that Muslim countries themselves have not bought into this narrative. Not a single one. Although the West has frequently used Xinjiang to argue that Muslim states should be “speaking out” against China, not a single Islamic nation, be it in the Middle East, Africa, Central or South East Asia, has ever joined the chorus of condemnation.

At a 2019 foreign ministerial-level meeting held in Abu Dhabi, the Organization of Islamic Cooperation (OIC) whose 57 member states represent almost two billion people, expressed satisfaction with their delegation visit to China. The OIC “commends the efforts of the People’s Republic of China in providing care to its Muslim citizens,” reads their resolution on the matter.

The following year, at the UN General Assembly, Cuba made a statement on behalf of 45 member-states supporting China’s counterterrorism and deradicalization measures in Xinjiang. Included in this list are Bahrain, Egypt, Iran, Iraq, Morocco, Pakistan, Palestine, Saudi Arabia, Syria, the UAE and Yemen. The statement reads, in part: “We note with appreciation that China has undertaken a series of measures in response to threats of terrorism and extremism in accordance with the law to safeguard the human rights of all ethnic groups in Xinjiang. There was no single terrorist attack in Xinjiang over the last three years.”

In 2021, at the UN Human Rights Council (UNHRC), Belarus made at statement on behalf of 65 countries in support of China. The six Gulf Cooperation Council (GCC) states also sent messages of support – all in all, 90 countries weighed in on behalf of China.

This has frequently led to accusations that the silence of these countries is ‘bought’ by Beijing. A well-known incident on this matter occurred several months ago when Axios journalist Jonathan Swan interviewed Prime Minister of Pakistan Imran Khan on HBO.

The outlet, well known for pitching anti-China narratives, sought to entrap Pakistan’s prime minister by contrasting his opposition to Islamophobia in the west, anti-Islamic Hindu Nationalism in India (largely ignored by Western governments) and support for Palestine to his position on the Xinjiang issue in neighbouring China, which the interviewer called a “genocide.” Khan rejected the line of questioning, stating that the two countries had a longstanding friendship and that Beijing had supported Islamabad through the “toughest of times.”

Not surprisingly, Axios quickly reported later that Khan was dismissive of the situation and even accused him of being silenced by a ‘debt trap’ owing to reliance on China for the China–Pakistan Economic Corridor (CPEC), stating: “Khan is silent for a simple reason: cash-strapped Pakistan has become increasingly financially dependent on China, for billions in loans and investment.”

Inevitably, the rest of the mainstream media also followed up with this narrative, with the BBC pushing critical Pakistani diaspora voices in both the UK and Washington DC.

But are all Muslims countries hellbent on demonstrating goodwill to China, to the point of overlooking mass violations against their co-religionists? Most of them, certainly in West Asia, are firmly affixed to the United States in their security, political and economic orientations. Think Egypt, Saudi Arabia, the UAE, Qatar, Jordan, and US-occupied Iraq. How then to explain the reluctance by these staunch US allies to condemn China’s re-education camps in Xinjiang?

Part of this simply comes down to US double standards. Whilst the US and its allies preach a constant mantra of ‘human rights’ in their effort to portray China as the enemy of the Islamic faith, Muslim countries are the first to recognize that this very same rhetoric has been used to pursue the wholesale destruction of their own states.

From whitewashing Israel’s bombing of Gaza just several months ago to direct and indirect military interventions in Afghanistan, Iraq, Syria, Libya and Yemen, the US leaves a swathe of terror and chaos in its wake. Why would any Muslim nation take this kind of rank political opportunism – an extension of the West’s anti-China objectives – seriously?

From the perspective of the Muslim world, it appears ridiculous to claim China is the problem. Distilling China’s relationships with Muslim countries into mere ‘finances’ also fails to understand how Beijing has, since the Mao Zedong era, related to the Islamic world through mutual values of post-colonial and global south solidarity, as well as through the international norms of respect for territorial integrity and national sovereignty, concepts entirely foreign to the US policy establishment.

This is an arrangement which ultimately transcends ideology. China remains an atheist, Communist state, and while it believes religion should not contravene its own laws, it enjoys comfortable relations with religiously-rigorous Islamic states such as Pakistan, Iraq and Iran, in part because of a common historical experience with Western aggression. These are not ideological partnerships, but conditioned social and political ones. China’s policy of non-interference, whereby it does not seek to impose its vision of governance upon other countries, is highly attractive to Muslim countries whose recent experiments with Western-style ‘liberalization’ directives have undermined their values and weakened their states.

Therefore, even if Muslim nations do not specifically agree with the Xinjiang program pursued by China, they are nonetheless wiser to understand the political motivations behind such narratives than to take them at face value. Of course, advocates of this narrative will argue in response that the evidence is indisputable, and claim that ignoring it is immoral. But the devil is in the details, and while it is quite apparent China is pursuing such a program, the case that inflates it into a ‘genocide’ and ‘atrocity’ is not as clear cut as to what its advocates have made it out to be. There is an element of atrocity propaganda for geopolitical purposes going on, and likewise evidence to the contrary.

Uighur terrorism, in China and outside

Consider some undisputed facts: domestic Uighur terrorism peaked in 2014 – in February, a Kunming knife attack killed 30 people; in April, a knife and bomb attack in Urumqi left three people dead and 79 injured; the following month, 31 people died when cars crashed into an Urumqi marketplace and the attackers employed explosives; in September, suicide bombers killed 50 people and injured another 50.

An International Centre for Counter-Terrorism (ICCT) report titled “Uighur Foreign Fighters” by Rand Corporation terrorism researcher Colin P. Clark, draws attention to the fact that radicalization of sections of the Uighur community isn’t just a Chinese problem, but a global headache that goes underreported: “Uighurs are currently under-examined as active participants in jihadist organisations. Publications about Uighurs have been piecemeal – focusing on their struggles against the Chinese government or narrowly describing the specific groups in which Uighurs have been participants.”

“Uighurs, specifically individuals of Turkic decent from China’s northwest province of Xinjiang,” Clark explains, “have become a noticeable part of the constellation of globally active jihadist terror groups. Uighur jihadists first came to the world’s attention when the United States and its allies invaded Afghanistan in 2001. While continuing their cooperation with the Taliban under the banner of the East Turkestan Islamic Movement (ETIM), Uighur jihadists have now spread to Southeast Asia and the Middle East. ETIM’s members are part of the Turkestan Islamic Party fighting with the Al-Qaeda umbrella group in Syria, but other Uighurs have joined IS in Syria and Iraq, and still others have joined local terror groups in Indonesia.

It may be surprising to hear that the World Bank, of all institutions, has been funding China’s re-education programs in Xinjiang, having granted a $50 million loan previously for such “vocational education.” In 2013, the heavily Western-funded international organization announced that, upon the recommendation of an internal report, “the World Bank is working with Xinjiang to prepare a new technical and vocational education and training project.” Report author Liping Xiao, a World Bank senior educational specialist said at the time: “Investing in the transformation of technical and vocational education and training in Xinjiang will clear the bottleneck in the education system and improve the quality of human capital in Xinjiang, which will in turn contribute to the achievement of Xinjiang’s economic and social development goals.”

In 2019, after Western charges of ill-treatment at the educational centers, the World Bank undertook a review of the region, described as a “fact finding” mission which “visited schools directly financed by the project, as well as their partner schools that were the subject of allegations.” It might come as little surprise that the “review did not substantiate the allegations.”

Of course, critics will argue China did not give them full transparency, but this itself is part of the counter argument too, large chunks of the Xinjiang narrative are only based on indirect evidence, ambiguity, insinuations and hearsay, as opposed to concrete proof or, for that matter, the overly ambitious interpretation of data, with a lot of political agenda rammed into it. Take for example, a report by the BBC’s John Sudworth which willfully misinterpreted footage broadcast on China’s own CCTV as evidence of “forced labour” showing a Uighur girl who was recruited by local officials into a state-sponsored work program and presenting her goodbye hug to her father as an “atrocity,” while omitting footage of her returning home.

The way in which this BBC story was presented did not offer concrete proof but was subject to a degree of ideological interpretation or assumption-led research at best. This has been a frequent trend in the discourse on Xinjiang, whereby narrative, preference and ideology are put before empirical fact.

It is not surprising that Muslim nations are sceptical of such allegations, as they themselves have long experienced the proliferation of Western narratives that are used to manufacture consent for aggressive policies. There are many reasons to be skeptical, and the dogmatic, binary narrative of the West that assumes that a simple assertion of values equates to an ultimate political truth, ultimately annuls critical thinking on the matter.