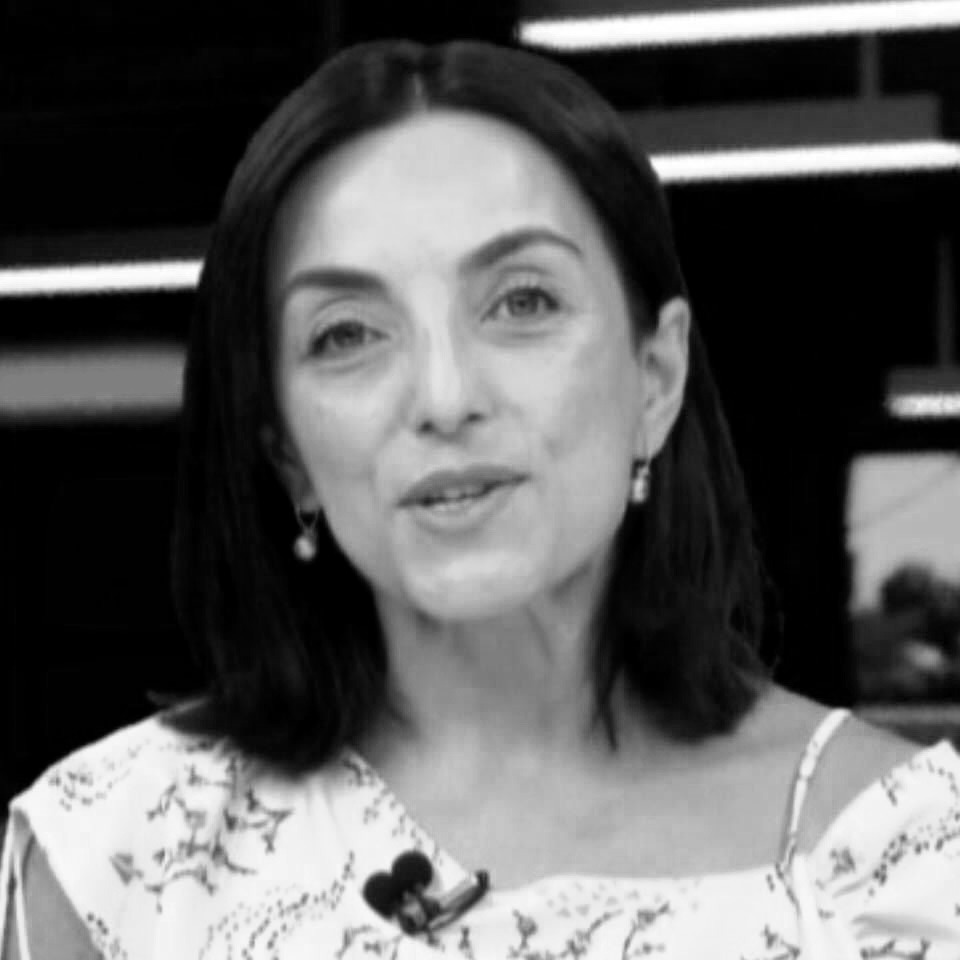 The east moves in, as Turkish stand-offs with old western allies intensify

Just ahead of the G20 Summit this weekend, where Turkish President Recep Tayyip Erdogan and US President Joe Biden are expected to meet face-to-face and work on their turbulent relationship, a new crisis has highlighted the extraordinary geopolitical fragility between Turkey, the US and Europe.

The ambassadors of 10 countries – seven from the Council of Europe, including France, Finland, Denmark, Germany, the Netherlands, Norway, and Sweden, as well as the United States, Canada and New Zealand – released a joint statement on 18 October calling for the release of 64-year-old human rights defender and businessman Osman Kavala from jail in Turkey.

“Today marks four years since the ongoing detention of Osman Kavala began,” they wrote. “The continuing delays in his trial, including by merging different cases and creating new ones after a previous acquittal, cast a shadow over respect for democracy, the rule of law and transparency in the Turkish judiciary system.”

On 18 February last year, Kavala was acquitted of charges that he used the Gezi Park protests as a pretext to overthrow the government with force and violence. At about the same time, another court ruled that Kavala should remain in custody for trying to violently overthrow the government – but this time the court cited the failed putsch of 15 July 2016.

Three weeks later, on 9 March, Kavala was arrested on charges of providing confidential political and military information, in other words, of espionage.

Since December 2019, the European Court of Human Rights has demanded Kavala’s immediate release due to lack of evidence – to no avail. The Council of Europe launched an infringement procedure and threatened Ankara with sanctions, which could be adopted at its following session beginning on 30 November, if Kavala is not released by then. His next court hearing is scheduled for 26 November.

The Turkish Foreign Ministry summoned all 10 ambassadors on the day of the announcement. “It was conveyed to the Ambassadors/chargé d’affaires of these countries that the impertinent statement via social media regarding a legal proceeding conducted by independent judiciary was unacceptable,” the ministry wrote in a press release.

It continued: “The statement attempting to politicize judicial proceedings and put pressure on Turkish judiciary was rejected, and that the statement was also against the rule of law, democracy and independence of the judiciary, as allegedly defended by the Ambassadors.”

Erdogan then turned up the heat. On his plane ride home from an official African tour, the Turkish president told journalists, “I told our foreign minister that we cannot afford to host them in our country. Is it your place to teach such a lesson to Turkey?”

Two days later, in what looked like an effort to de-escalate the diplomatic crisis, the US Embassy in Ankara posted a tweet. “The United States notes that it maintains compliance with Article 41 of the Vienna Convention on Diplomatic Relations,” it said. “Without prejudice to their privileges and immunities, it is the duty of all persons enjoying such privileges and immunities to respect the laws and regulations of the receiving State,” the referred Article writes. “They also have a duty not to interfere in the internal affairs of that State.”

Erdogan framed it as a ‘step back,’ but Turkey’s former Washington ambassador Faruk Logoglu called it a difference in approach. “This was not a step back, but an affirmation that they did not want this crisis to get out of control,” he said. “But, if framing it as a “step back” helps to overturn Turkey from making such a mistake, let it be.”

Erdogan, at home and abroad

Erdogan is a skilled and seasoned politician. When his party was first elected in November 2002, he was banned from politics for reading a poem that incited hatred. But that did not stop him from visiting western capital cities and even meeting then-US President George W. Bush behind closed doors to discuss the impending US operation in Iraq – a move that stoked anger among opposition parties in the Turkish parliament toward their NATO partner.

Erdogan was gratified at winning the election after what he saw as many years of unfair treatment and discrimination over his devout religiosity and his defence of women wearing headscarves in public universities and state buildings.

Up until the outbreak of the 2011 Arab uprisings, Erdogan spoke feverishly against the Turkish Republican era, both at home and abroad. He saw nothing contradictory in seeking support and cooperation from western governments while deriding the western-oriented, liberal ‘old Turkey.’

‘Islamic terror’ was front page news at the time of Erdogan’s election victory in 2002. Al Qaeda had allegedly attacked the US, and then-President Bush had promised the world that the American response would be uncompromising. US officials were either desperate to find allies and reliable partners for this fight, or they had a cryptic ‘Islamic world’ strategy in works that remains unstated till today. Because, quite inexplicably, Washington began to champion Turkey’s Muslim identity, placing Ankara’s democratic achievements under unprecedented stress by catapulting Erdogan to near rock-star status.

To add to this, Fethullah Gulen, a Sunni religious movement leader, had left Turkey to seek asylum in the US in 1999, in the aftermath of what is known in Turkish history as the postmodern coup of 28 February 1997. The coalition government, led by Necmettin Erbakan, the Islamist leader of the Welfare Party, stepped down before the tanks left their barracks to carry out a full-fledged coup. Erdogan’s landslide victory at the ballot box came three years after Gulen chose self-exile to escape persecution.

At the time, Turks mainly wanted to do away with the corruption of traditional parties. And they did. Erdogan simply reaped the benefits of the rotten politics and corruption of these parties. Erdogan then started eliminating the state’s established bureaucrats, replacing them over the years with those who would display loyalty to him at all cost. He was in a convenient ‘marriage’ with the Fethullah Gulen movement in doing so; a movement which, during the pre-Erdogan years, was accused by the judicial and military establishment of undermining the Republican order.

After the failed putsch, Erdogan claimed he had been mistaken about the Gulenists, yet said nothing of the court orders after the ‘postmodern coup’ or the military’s assessment of the Gulenists as a threat to national security.

Erdogan continued to criticize the old Turkey in the capital cities of the west, and to seek their help in ending the power of the Turkish military. Western governments provided what he asked for: full support for his rise to power.

Not quite ‘the right fit’ for Club Europe

Washington was also concerned about Turkey’s military, which they viewed as an obstacle that prevented the US from using Turkey as a gateway into Iraq. When asked whether the US played a role in the decline of Turkish state institutions, Kaya Turkmen, a retired ambassador, said: “I can tell that they probably did not feel any regret for the decline of these three institutions – the military, the judiciary and the foreign ministry.”

The west does not seem to have a clue about how to deal with Turkey. Before Erdogan, Turkey was not accepted as a full member of the EU, and was subtly cast as not being the ‘right fit’ for theEuropean club. Now, after all these years and plenty of US foreign policy and military abuses, Turkish distrust of the US has grown significantly. Despite ostensibly representing theglobal gold-standard of ‘democratic and human right values,’ western politicians appear to undermine these espoused values at every foreign policy opportunity.

Many Turks wonder why the US and Europe make such a fuss over Kavala when they were silent throughout the Ergenekon trials, which were just as troubling. Public statements like the one on Kavala only feed into Turkish populations’ distrust of the west.

“The ambassadors could have taken the road of private contact rather than making it seem as though nations from the Atlantic to the Pacific oppose Turkey,” says Ambassador Logoglu, sagely.

Looking west – but the east beckons

While last week’s diplomatic standoff with the west has been controlled in the short-term, it has reinforced Turkey’s negative image in those countries, and nothing has really been resolved yet.

While public opinion polls over the years illustrate a growing Turkish distrust of the US, the label “anti-Americanism” doesn’t quite fit, as the pessimism is more about the policy than the people. Washington keeps turning the screws on Erdogan – but Washington needs to realize that ‘being pro or anti-Erdogan’ is not a policy. The Turkish people pay dearly for these miscalculations when powers like the US take the lives of Turks for granted – or when they reduce an old, civilizational state to a mere ‘transit passage’ to West Asia, Eastern Europe or Russia.

The question, in this geopolitically fragile moment, is where does Washington want Turkey to end up?

“Turkey will always be looking toward the West,” said Logoglu. “Even if Turkey is expelled from the European Council as result of the Kavala case and its negotiations for full membership to the EU are stalled, Turkey will remain a NATO member.”

But, lest Washington forget, Erdogan is ready to do anything to stay in power – which opens the door for Putin to pull the strings. This tectonic shift is increasingly likely, and its impact must be calculated before the action button is pressed.