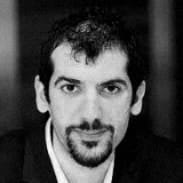 Russian President Vladimir Putin and his Turkish counterpart Recep Tayyip Erdogan cooperate in various arenas, but are also rivals in most of them.

Given the weakness of institutional agency in current Russian-Turkish relations, it is not clear in which direction these relations would veer in a post-Putin/Erdogan era. Although there are some strategic consistencies, this is still a relationship that is being shaped by events in the field.

The near-term goal for both leaders is a simple one: to uphold a manageable relationship despite many crises and challenges.

According to Arif Asalioglu, General Director of the International Institute of the Development of Science Cooperation (MIRNAS), Russia and Turkey have developed a ‘creative cooperation’ model, where they constructively compartmentalize their relations so as not to allow challenges to obstruct their mutual gains.

In other words, “things that go wrong in one region would not adversely affect good relationships in the other compartment where the relationships are successfully occurring,” explains Asalioglu. It’s a model that has worked, so far.

However, a major issue in this relationship is the thin line between its asymmetric and hierarchical nature, where for now, Ankara geopolitically and economically (mainly energy security) is dependent on Moscow.

At the moment, Russia and Turkey view one another as indispensable partners in managing conflicts in Eurasia. They are able to maximize shared interests while keeping conflicts in check.  Despite the mutually beneficial nature of this relation, the future may bring disruptive change as any change of leadership in either country would bring a high degree of uncertainty into the bilateral relations.

To explain this ‘cooperative rivalry,’ one needs only to look at Libya, Syria, and Nagorno-Karabakh where the ‘frenemies’ have been able to manage their conflicts.

Libya: From conflict to ceasefire

In April 2019, Haftar launched an offensive to capture Tripoli and topple the GNA. Ankara, fearing it may lose Tripoli and its interests in the eastern Mediterranean, directly intervened in the conflict and deployed its Bayraktar TB2 drones against the Russian defense structures. As Turkey stepped in, the balance of power on the ground shifted in its favor. Moscow, fearing Haftar’s complete defeat, staged a diplomatic intervention with Turkey and agreed on a ceasefire agreement between the GNA and LNA, which has held to date.

However, the outcome of Libya’s 24 December presidential elections will determine the country’s direction and whether Turkey and Russia will continue cooperating or clashing in Libya.

Syria is central to the current shaping of Turkish-Russian relations. The Syrian case is unique as it is a model of partnership and conflict management in which the interests of both countries compete.

With the 2015 Russian direct military intervention in Syria on behalf of President Bashar al-Assad, the military tide on the ground changed in favor of the state. In December 2019, the Syrian army and its local, regional, and international allies launched the northwestern offensive to retake Idlib. This operation was only partially successful as the Turkish side once again deployed its Bayraktar TB2 drones.

In late February 2020, after intermittent deadly clashes between Turkish and Syrian forces, Ankara formally intervened in the offensive and announced the beginning of Operation Spring Shield, intended to push Syrian government forces back to pre-offensive frontlines.

To halt further Syrian losses and prevent Turkish advancement, on 6 March 2020, Moscow brokered a ceasefire with Ankara. The ceasefire called for joint Turkish–Russian patrols along the strategic Syrian M4 highway. However, this didn’t prevent the Russian side from bombing the pro-Turkey militias around the Turkish-occupied zones.

In time, the Syrian crisis became a model for the two states to both cooperate and confront their main opponents. For now, Turkey has attained some of its major goals, particularly vis-à-vis the Syrian Kurds, and Russia has emerged as the primary power broker in Syria.

This cooperative rivalry helped both sides to achieve some of their objectives. Viewed from Moscow, Turkey’s participation in the Russian-led diplomatic and military initiatives in Syria has lifted some of the diplomatic burdens and military costs of the Syrian war from Moscow’s shoulders. But the main question now is to what extent the status of Idlib will be frozen, while both Moscow and Ankara work to expel Americans from their occupation of northeastern Syria.

Nagorno-Karabakh: Provoking Russia in its backyard

While both countries ‘understand’ each other in Libya and Syria, Turkey’s aspiration to play a greater role in the South Caucasus has really put this relationship to test. With the outbreak of the Nagorno-Karabakh war, Turkey saw a historic opportunity to exert its influence in Russia’s backyard and recalibrate that relationship in Ankara’s favor. To challenge Russia, Turkey actively provided military and diplomatic support for Azerbaijan in its war against Armenians in Nagorno-Karabakh.

Turkey’s direct military support in the war caught many parties off guard. Not only did Ankara deploy its Bayraktar TB2 drones, but also its F-16 warplanes stationed in Ganja, while transferring hundreds of Syrian mercenaries to fight alongside the Azerbaijani army. These two factors were a threat to Russia’s national security in the region.

On a diplomatic level, Turkey tried to launch an ‘Astana-style’ diplomatic track to gain primacy over the OSCE Minsk Group whose aim was to encourage a peaceful, negotiated resolution to the conflict between Azerbaijan and Armenia. This process was welcomed by Ankara’s allies in Baku, who were dismayed by the failings of the traditional diplomatic track advanced by the OSCE.

Understandably, an ascendent Russia – well beyond its post-Soviet slump – was not interested in opening up a bilateral track giving Turkey equal status in managing a conflict in Russia’s own backyard. An Astana-style scenario would have legitimized Turkey’s intervention and presence in that geographic area. Instead, Moscow stepped into the fray as ‘big brother,’ and threw its weight into brokering a ceasefire on its own terms.

For Turkey, the outcome of the war was not satisfactory. Ankara had sought a complete Azerbaijani victory, pushing Russia out of the area by instigating enmity between Yerevan and Moscow – or at least deploying Turkish ‘peacekeepers’ in Nagorno-Karabakh alongside Russian forces.

Turkey did leave its mark, though. Despite Moscow’s annoyance with Turkish intervention in its traditional sphere of influence and the breach of some Russian ‘red lines,’ Moscow has had to recognize Turkey as a junior player in the region. This doesn’t mean, however, that it will easily share parity in the post-conflict regional order.

In short, the Russian-Turkish relationship in South Caucasus has been hierarchical. The one mutual gain was to sideline western influence, especially American and French (co-chairs of the OSCE Minsk Group alongside Russia) clout, from the region’s diplomatic process.

It is worth noting that the future of Turkish-Russian relations is impacted by Moscow’s relations with the west: the more tense those ties, the more Moscow will need Ankara to contain western influence. This dynamic may be boosting Turkey’s regional status, but it also increases its dependency on Russia.

Where lies the future?

Despite the growing areas of cooperation and conflict management between the Russians and Turks, whenever a disagreement has emerged, Moscow has been able to successfully secure its interests and roll back Turkey.

While many, particularly western, observers mistakenly highlight the two states’ increasing areas of cooperation and diplomacy as signs of a foreign policy realignment by Ankara, Russian-Turkish relations are actually more accurately characterized by mistrust and geopolitical rivalries.

What makes this relationship unique is that the two have tried to minimize western influence in their regions, and that Putin has found in Erdogan an opportunistic but pragmatic absolute authority who can quickly adapt to developments in the field.

For now, this asymmetrical relationship gives Russia a clear advantage, even in their commercial relations: While Turkey exports vegetables, textiles, and other replaceable goods to Russia, Moscow provides Ankara with natural gas, oil, nuclear reactors, military equipment, and millions of tourists. In the event of a breakdown in relations, Turkey is far more easily replaced by Russia than the other way around.

Moscow has used its energy policy to win leverage over Turkey. In December 2014, six months after the start of the war in eastern Ukraine, Russia announced its new Turkstream pipeline deal to deliver gas from Russia to the Balkans through Turkey,  bypassing the pre-existing pipelines that flowed through Ukraine, Belarus, and Poland to Central Europe. The pipeline gave Turkey and Russia greater influence over Europe.

This provides Turkey with a better negotiating position on gas pricing than before. It also means that Turkey’s reduction of dependency on Russia could have implications for the future of Russian-Turkish relations.

For this reason, Russia is trying its best to increase its influence on Turkey and bring Ankara closer into its orbit. Russia’s sale of the S-400 missile system and Russian talks with Turkey to design its fifth-generation fighter jets should be viewed within this context. From Moscow’s perspective, these arms sales would deepen splits between Turkey and its NATO allies and weaken the internal cohesion of the alliance. For Moscow, these trades increase Turkish dependency and provide Russia with additional leverage.

In sum, the Turkish-Russian relations, both economically and geopolitically are asymmetric in favor of Moscow. Conscious of this imbalance, Ankara is trying to reduce its dependency on Moscow and challenge it carefully where opportunities arise.

As Russia wants to maintain the political status quo in the region and prevent Ankara from taking any revisionist actions, the interest of both countries may clash again.

However, unlike in 2015 after a Turkish missile downed a Russian jet over Syrian skies, a future confrontation between both states may not take a direct form, but rather an indirect one and in the form of proxy wars, as both sides have ample experience in containing such conflicts.