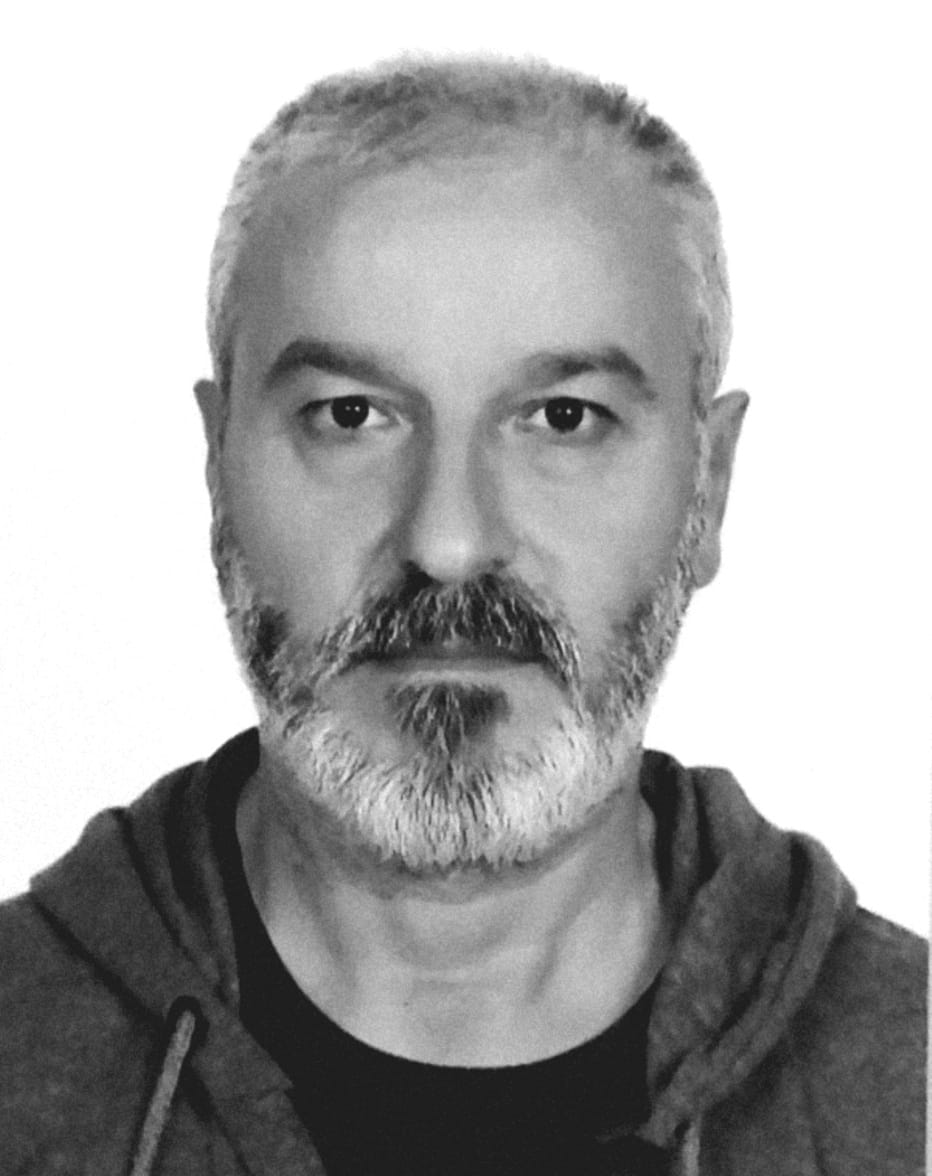 Yemen’s historic Temple of Sheba, awash in the colors of foreign aggressors and their disparate goals in Yemen

Today, after seven years of war, the focal point of Yemen’s conflict is in Marib, the province in which the stratagem of regional and local alliances will be played out to determine the fate of Yemen and its people.

The war on Yemen began in 2015 between the country’s fledgling Ansarallah resistance movement and a Saudi-led coalition of nations that supported the reinstatement of the country’s ousted and exiled former president, Abdrabbuh Mansour Hadi.

Marib province, located east of the Ansarallah-controlled capital city of Sanaa, boasts a pre-war population of about 300,000, but today includes about two million displaced Yemenis, particularly from the country’s north.

The city of Marib is located within a complex geoeconomic and geopolitical grid that has the ability to both connect and divide states, tribes and regional interests.

Endowed with a wealth of ancient cultural features from the historic Kingdom of Sheba, Marib also has immense mineral riches, and is the first Yemeni province where oil was discovered, and later exploited in 1986.

The province supplies Yemen’s domestic market with its own natural sources of liquified natural gas (LNG). Also, located near its 8th century sister dam, is the modern Marib Dam, which provides regulated water supplies for domestic and agricultural use in the country’s north.

However, the battle over Marib is currently in its most dangerous stage, each side fighting hard to gain control, each with vastly different intensions.

Ansarullah military forces are fast gaining ground since they launched their liberation offensive in 2020, while Saudi-backed militias have been struggling to hold ground in recent months.

The UAE, on the other hand, is mobilizing its mercenaries in Yemen’s south east to protect its maritime interests in the south, where some of the region’s most vital trade waterways are located.

The Houthi fight to save Yemen

The Houthis, once a northern, mountain-dwelling tribe that today form the backbone of Yemen’s Ansarallah resistance movement, and their allied forces, seek control over Marib – and for good reason.

Fearing a foreign-imposed outcome that may result in the division or federalism of Yemen, the Houthis have rushed to secure the vital territories of the country’s north, which include critical energy, agricultural, and water resources in Marib.

If a divided Yemen is established, an Ansrallah-led north Yemen will be weaker without the abundances of Marib in hand. As Eidros Zubeidi, president of the UAE-allied Southern Transitional Council (STC) that seeks to dominate Yemen’s south has said, the Houthis want to keep this rich province within the historic boundaries of what was once ‘Northern Yemen.’

There is also a need to fully exploit and commercialize the oil and mineral wealth of Marib to strengthen the country’s economy and development. Through the control of Marib, the Houthis seek to consolidate their institutions as an alternative to foreign ones that have kept the country impoverished, and bring an end to the economic crisis in Yemen.

No longer playing a defensive role in the war, the Houthi offensive in Marib has wracked up thousands of casualties. Marib is, after all, the negotiating ground on which the last bastion of the ‘legitimacy’ of Hadi government-in-exile rests, the military operations of the ousted Hadi government are based, and the last major Saudi military base stands.

Saudi Arabia and its allies, on the other hand, seek to keep the province of Marib in the hands of forces that support their agenda. Riyadh, so far at least, also seeks to keep Yemen from being divided.

The fall of Marib to the Houthis would destroy any hopes of a Saudi return to Sanaa and a resumption of governance by Yemen’s overthrown government-in-exile.

According to sources, Saudi Arabia prefers to keep Yemen as its own private backyard, on its borders and under its control. A united Yemen under Saudi influence means that Riyadh will benefit, as in decades past, from both the rich north and the strategic south.

The kingdom is also contemplating a project to open up a land route through south-central Al-Mahra Province to reach the Arabian Sea – away from the Strait of Hormuz, now transformed into a ‘strait of concern’ due to tensions with Iran.

The UAE vision of division

The agenda of the UAE in its war on Yemen differs dramatically from the Saudi one. The UAE economy is based primarily on maritime trade that guides its foreign policy. It has long sought to enshrine the idea of dividing Yemen between a south it can control along with its vital facilities, and a north that depends on its services.

Southern Yemen has ports and islands overseeing the Red Sea, Arabian Sea, the Indian Ocean and, last but not least, the Strait of Hormuz that connects Asia to Europe. The UAE seeks to secure control over commercial traffic in the region by establishing a military and economic belt to protect these ports from Chinese economic projects that could provide alternative routes into West Asia and Africa.

The UAE also plans to establish an Emirati airbase on the island of Perim (Mayyun) in the Bab al-Mandab Strait.

Last year, southern Yemeni provinces generated revenue worth about US$516 million, mainly benefiting the UAE and its maritime ambitions.

During the war, the UAE formed militias along Yemen’s coastlines to defend these interests. The ‘Giants Brigade,’ mainly consisting of southern tribes that support a divided Yemen, was by far the most funded, trained, and equipped of these. The militia consists of 12 brigades, with about 30,000 fighters in their ranks, and was founded by the commander-in-chief of their current West Coast Front brigade, Abu Zara al-Muharami.

Numerous southern Yemeni forces cooperating with the UAE have recently refused to participate in battles in Marib, Al-Bayda province, and other cities affiliated with northern Yemen, in the hope of advancing the UAE plan to divide Yemen.

In Yemen’s west, the UAE’s recent repositioning of its allied forces in Hodeidah and Taiz were made to protect the Emirates’ control of Bab Al-Mandab Strait.

At the northern borders of Hodeidah and Taiz, the UAE depends on mercenary forces to prevent the Houthi expansion southward towards the Bab al-Mandeb Strait and Yemen’s southern and coastal provinces.

But in the coming days, the Battle of Shabwah – located to the south-east of Marib – may open up new strategies. The onus is now on the Giants Brigade and other UAE-backed groups to repel the Houthis, who will undoubtedly head southward once they capture Marib.

But will the UAE be able to consolidate itself south of Marib, especially as unprecedented Ansarallah missile attacks on Abu Dhabi on 17 January demonstrate strong Houthi resolve to defeat the Emiratis? For that matter, will a strong Emirati position in Yemen have a negative impact on its relationship with Iran, viewed as a staunch supporter of the Yemeni resistance?

The murky melee of conflict within conflict

Saudi-Emirati-Qatari-Turkish-backed military forces have been a prominent feature in the southern provinces.

Recently, the governor of Shabwah province, Muhammad bin Adyo, aligned to the Islamist Islah movement, was dismissed from his post by the Hadi government-in-exile in Riyadh, spurred on by Saudi Arabia.

There were two reasons for the dismissal of Bin Adyo. The first was the failure to defend Shabwah against the Houthis. Three districts in the west of the province, namely Ain, Behan and Aslan, fell without resistance, making it easier for the Houthis to surround the areas south of Marib, and reach Al-Balq Mountain, Marib city’s last line of defense.

Then there was Bin Adyo’s criticism of the presence and influence of the UAE in Shabwah, especially in relation to the Balhaf gas facility in the Arabian Sea. This gas facility is under the control of the Shabwani and Emirati elite.

Meanwhile, the conflict over Balhaf has a local (north–south) dimension and a Saudi/Emirati versus Qatar dimension. This, despite the fact that Saudi Arabia and the UAE have very divergent interests themselves over the future of southern Yemen.

These military developments have prompted the UAE and Saudi Arabia, for the first time in years, to coordinate and cooperate after a period marked by major differences in military and political tactics, which sometimes resulted in a clash between their own military agents.

Saudi Arabia has also promised to place a deposit in the central bank in Aden, which is controlled by the Southern Transitional Council (STC), the UAE-imposed south Yemen government in Aden.

In return, the UAE has pushed its forces from the Giants Brigade to Shabwa in a mission aimed at strengthening its positions in areas under their control. The idea is, if the Houthis advance into the directorate of Harib – south of Marib – they will encounter major disruptions on those fronts.

For some, the conflict in Yemen can only end with an international peace conference that drafts a new constitution for Yemen. For others, the military onslaughts already underway will decide that peace.

Will Yemen be whole, or divided in two as in 1967-1990? The battle fought now in Marib will shed light on that answer in the months ahead.