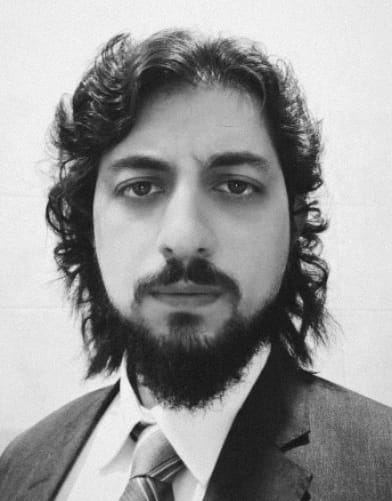 Washington’s sudden upgrade of Qatar to a Major Non-NATO Ally is not only about gas, but a means to get a foothold back in Eurasia.

The US designation of Qatar as a Major Non-NATO Ally (MNNA) carries more geopolitical significance than is immediately evident. In fact, it can be viewed as one of Washington’s first steps toward a new strategy for a US riposte against Russia and China at key theaters in the Eurasian great power competition.

On 31 January, US President Joe Biden hosted the Qatari Emir Sheikh Tamim bin Hammad Al-Thani in Washington and declared Qatar an MNNA. Also discussed was gas-rich Qatar’s potential role in alleviating Europe’s reliance on Russian gas for its energy supply – a key leverage point for Moscow to dissuade European NATO members from confronting it over Ukraine.

It should be noted, however, that Qatar itself has cast doubt over any speculation that it could unilaterally replace the continent’s gas needs in case of a shortage.

Indeed, there is no western military response to current Russian operations in Ukraine. Whether US or European Union (EU), the western strategic calculus does not deem Kiev important enough to rescue from Russia.

Nonetheless, Ukraine is still crucial for the US as a means to help counter Russian influence in vast, resource-rich Eurasia. Namely, through connecting China to Europe via the multimodal Kazakhstan-Azerbaijan (via the Caspian Sea)-Georgia-Ukraine (via the Black Sea) route and thus helping China reduce reliance on its currently most-used land route to Europe, that is, via Russia and Belarus, a close Russian ally.

This strategy would give the US a rare opportunity to leverage China’s global economic expansion through its Belt and Road Initiative (BRI), which it usually tries to counter with limited success, to reduce Russia’s geo-economic depth in Eurasia.

However, the aforementioned Trans-Caspian International Transport Route (TITR) is more time-consuming, costly, and closer to conflict areas than Russia-Belarus. And Moscow and Tehran have all but blocked the Caspian Sea as a transit route for pipelines. Moreover, to justify the investment needed to improve Ukraine’s transit capacity and to ensure that traders even use the TITR, the EU needs to sanction Moscow and render the Russia-Belarus route untenable.

Thus, the EU hypothetically replacing Russia with Qatar as its gas supplier, and subsequently becoming more willing to confront Moscow, unlocks a major roadmap for the US to counter Russia.

In this scenario, the EU could enhance and leverage China’s own interest in tilting to the TITR from Russia. According to a 2016 study in the European Council of Foreign Affairs, Ukraine’s harmonization with EU trade standards boosted China’s interest in increasing its Ukrainian food imports, which necessitated enhancing Ukraine’s transport infrastructure since these imports cannot travel to China via the Belarus-Russia route due to Moscow’s sanctions on Kyiv. Indeed, China signed agreements with Ukraine last year to develop the latter’s transport infrastructure.

The freezing of Afghan central bank assets are burning US bridges with Afghanistan – where the US fought its longest war (2001-21) in its short history. However, the US withdrawal from Afghanistan in July 2021 provided an opportunity for Russian and Chinese influence to fill the void. Thus, as the US great power rivalries with Russia and China deepen, the case for rebuilding contacts and connections in Afghanistan will strengthen in Washington.

Afghanistan is central to the US goal of building new international transport routes for the Central Asian Republics (CARs) that do not transit through Russia, whose territory and infrastructure the CARs disproportionately rely on. This is an official US objective, as represented by the C5+1 platform and Washington’s official ‘Strategy for Central Asia 2019-25’.  Afghanistan is the transit state for this strategy, to connect the CARs to its own neighbor Pakistan and Pakistani Arabian Sea ports for access to global shipment.

For a proper ‘return’ to Afghanistan as a Eurasia-focused great-power, the US appears to have selected Qatar as its conduit. In this vein, Washington shifted its operational command for Afghanistan to Qatar during the withdrawal and designated Doha its official diplomatic representative in Kabul in November 2021.

Moreover, the US picked Qatar from amongst a broad mix of options for military involvement in post-withdrawal Afghanistan. Such options included negotiating with Pakistan to allow US aircraft to transit its airspace into Afghanistan for combat purposes and even Moscow’s offer, made during the withdrawal, for the US to use Russian bases in Central Asia for intel gathering flights over Afghanistan.

Qatar stood out as the best choice from the US great power perspective. Pakistan’s close regional rapport with China and emphasis on cooperation, made it unlikely to facilitate an inroad for the US. Furthermore, Qatar’s retention of its own diplomatic channels to Afghanistan makes it yet more suitable to the great power sensitivities of the US.

Qatar has hosted US-Taliban peace talks since 2013, years before platforms such as the Moscow-led ‘Extended Troika’ or Beijing’s ‘Quadrilateral Coordination Group’ (QCG) were launched. Doha was not party to either platform, or of other multilateral dialogues on Afghanistan.

Hence, the US can integrate Qatar into its bigger picture for Afghanistan without making the Gulf state feel as if it is sacrificing its positive bilateral relations with Afghanistan’s other external stakeholders.

Aside from Ukraine and Afghanistan, Washington has another potential front against its Eurasian rivals: Qatar’s home turf in the Persian Gulf region, where common ground exists between Doha’s own ambitions and US containment efforts aimed at China in particular.

The Persian Gulf and China

China and the Gulf Cooperation Council (GCC) states are especially important trading partners to each other given the unmatched size of the former’s market for the latter’s energy exports. Beijing also invests heavily in the GCC to turn it into a commercial and logistics hub for the (BRI), the single most consequential driver of Eurasian geoeconomics.

The US views China’s expanding role in the Gulf – whether in the BRI, tech investment or security realms – as a challenge to its own decades-old status as the GCC states’ main security guarantor. How the Sino-GCC embrace pans out is therefore of special interest to Washington.

As noted by Jonathan Fulton, a specialist on Sino-GCC relations, the extent of GCC participation in the BRI is dependent on each Gulf state’s own development plans with BRI. Saudi Arabia and the UAE lead the way in this respect, hosting the bulk of China’s BRI supply chain in the region in the form of industrial parks and ports heavily invested in by Beijing.

In contrast, Chinese-Qatari relations lack this connectivity dimension and are more restricted to just trade.

“In general, Qatar and China maintain a very warm relationship,” noted Gulf affairs analysts Giorgio Cafiero and Anastasia Chisholm in August last year. “The Sino-Qatari partnership is mainly energy-oriented. Beyond the cooperation in the liquefied natural gas (LNG) sector, however, there is much less to Doha’s relationship with Beijing compared to Saudi Arabia or the UAE’s relations with China.”

Since Chinese investments in Qatar do not springboard the BRI the way those in Saudi Arabia and the UAE do, it makes sense for the US to boost Qatar as a hedge against complete Chinese monopoly over the Gulf’s integration with Eurasia via BRI.

The end of the three-and-a-half year, Saudi-led blockade against Qatar has not necessarily led to a halt in Doha’s rivalry with Abu Dhabi and Riyadh. Rather, it has grown more central to its foreign policy as it reclaims its place in the GCC without letting its guard down. This is a reality of Gulf affairs that will likely accompany the GCC’s closer integration with the BRI.

Qatar can offset the gains of its GCC rivals from the BRI by increasing its military engagement with the US. Both the Saudis and Emiratis still rely on the security umbrella that complying with the US great power priorities brings, yet have also strengthened ties with China.

This dilemma could also turn Saudi Arabia and the UAE’s increasing defense ties with both China and Russia into driving factors of a partisan pro-Qatari slant in the US Gulf policy. After all, Qatar has kept its own defense dealings with China and Russia minimal compared to those with the US.

The UAE recently suspended talks with the US to import the latter’s F-35 fighter jets. One of the reasons for this impasse is Emirati resentment at the US tying the deal to Abu Dhabi’s 5G contract with Chinese telecom giant Huawei, which Washington sees as means for China to compromise the Emirati-imported F35s technology. Meanwhile, Qatar’s own talks for the F-35s proceed with less complications and are arguably boosted by its MNNA designation.

China does not want its regional investments getting caught up in the intra-GCC competition for primacy in the Gulf, which could happen if the US greenlights the F-35s for Qatar but not for the UAE, thus setting a precedent for deeper rivalry.

After all, intra-GCC competition has increasingly exhibited zero-sum tendencies. This was seen last year when Saudi Arabia told companies doing business in the kingdom that they would lose their government contracts unless they shifted their regional headquarters to Riyadh from Dubai and then also excluded imports from Emirati economic zones from their preferential tariffs.

Such “zero-sumism” is antithetical to what China wants in the Gulf, which is the harmonization of each Gulf state’s trade and connectivity policies. Beijing needs this to synergize its various Gulf investments into serving a broader, unified global strategy as per the BRI.

Thus, the US could use its ascendant ties with Qatar to cause China a significant headache in the Gulf, especially considering how far Beijing stays from contributing to zero-sum rivalries and standoffs due to its neutrality oriented foreign policy.

However it pans out, the emerging US-Qatari alliance in Eurasia is highly convenient to both sides.

At the very least, the US can try to leverage Qatar’s potential energy role in Europe, its diplomatic role in Afghanistan and its ambitious Gulf policies relative to growing Chinese influence there for its own geopolitical interests.

As for Qatar, the fact that these roles do not threaten its bilateral relations with either China or Russia is a major plus point. Neither of the Eurasian great powers is zero sum in its foreign relations outlook, and is unlikely to deem Qatar’s prospective participation in the US Eurasia strategy a major problem.

Eurasia is once again at the forefront of geopolitics and great power rivalries. Following the US exit from Afghanistan last summer, the incumbent superpower, was perceived to be scaling back if not withdrawing from this strategically important region. However, in its relationship with Qatar, the US has shown it may be down but not quite out of Eurasia.