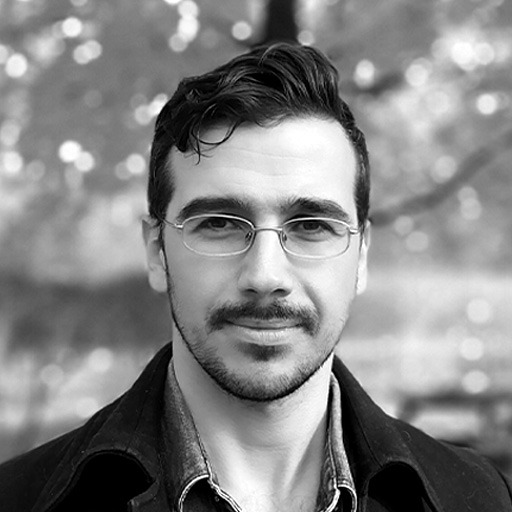 With Russia and Iran standing guard, and China’s ambitious investments, West Asia must sever its western economic dependencies and race toward the riches of multipolarity.

A race is now underway that will determine the shape of things to come for many generations.

While it is easy to get lost in the swarm of chaotic facts, sound bites, narrative spin, and other noise, it is vital to keep sight of the larger historical forces shaping our present crisis-ridden age.

Two weeks ago, in an important exclusive interview for The Cradle, influential Russian economist Sergey Glazyev outlined the terms and operating principles quickly being brought online by the leading member states of the Greater Eurasian Partnership.

Glazyev laid out the fundamental principles upon which the new post-US dollar economic system will be based. Although some common unit will be agreed upon, it will not be based upon any particular currency as with the Bretton Woods order, but rather a market basket of local currencies tied more deeply to an array of real commodities such as gold and other precious metals, grain, hydrocarbons, sugar, etc.

The difference between this system and the now defunct Anglo-American economic structures is that Glazyev’s conception is based on real, tangible, measurable processes defining economic value among participants of the multipolar alliance.

Whereas one system justifies the increase of monetary flows within its system by speculative casino-logic devoid of any measurable improvement in the productive powers of labor, the opposing Eurasian system as described by Glazyev is very different. This multipolar system justifies economic growth, investment, and profit by activities that are tied to improving the conditions of life of people through practices tied to agro-industrial and scientific progress.

For those willing to do their research, they will take note that this is ironically how the west behaved when it was still growing industrially during the 19th century and first half of the 20th century. Sadly, two generations of a post-industrial consumer society logic have destroyed that earlier heritage.

Glazyev is not just any theoretician. He is the Russian minister in charge of Integration and Macroeconomics of the Eurasia Economic Union (EEU) and a leading strategist behind the Eurasian Economic Union-China commission for a new financial architecture. As such, his words are not merely academic, but an active force of grand strategy which keeps even monetarist ideologues at the Russian Central Bank up at night.

In all of his recent interviews and writings, Glazyev has also made it clear that the principles of this new system are already operational in the form of China’s unique approach to finance and international relations, recently describing China in the following terms:

“The entire banking system in China is state-owned, it operates as a single development institution, directing cash flows to expand output and develop new technologies. In the United States, the money supply is used to finance the budget deficit and is reallocated to financial bubbles. As a result, the efficiency of the US financial and economic system is 20 percent-there only one in five dollars reaches the real sector, and in China almost 90 percent (that is, almost all the yuan created by the Central Bank of the PRC) feed the contours of expanding production and ensure ultra-high economic growth.”

Across South and Central Asia, the Sino-Russian alliance has been transformative with Moscow providing strategic military and intelligence assistance to prevent western-directed regime change over the past seven years, as we have seen in the case of Syria since 2015, Turkey in 2016, and most recently Kazakhstan in 2022.

However, Russia lacks the economic freedom to carry out construction of mega-projects due to the continuing (for now) IMF hold on its economy — this is where China comes in. Beijing has been able to use its vast state banking apparatus to provide long term investments for the reconstruction of all nations abused by globalization for generations.

While China’s flagship Belt and Road Initiative (BRI) has been evolving at a fast pace since it was first unveiled in 2013, nowhere does it offer more hope than in the regions of West and Southwest Asia which have suffered under Anglo-American manipulation for generations and whose people are hungry for economic advancement.

Among the many initiatives in the Tunxi’s goal of integrating Afghanistan into the BRI while also amplifying BRI influence in surrounding regions, we see a high priority on energy projects, transport/connectivity, integration, agriculture, telecommunications and integration with surrounding nations. Among its 72 points, the agreement states:

Leading projects will include the Khaf-Herat railway which will be completed and extended to central Asian countries via the Mazar-e-Sharif rail line and also the Chabahar Port in Iran.

Iran’s Deputy Transport Minister Abbas Khatibi pointed out that this project will soon link to China and other regional nations saying, “In addition to connect Iran’s rail network to Europe, the new Khaf-Herat railroad will link the country’s southern ports to Central Asian countries, the Caucasus, Iraq and even China.”

“There is much to be done to attain Iran-Afghanistan-China rail connectivity. The planned route east would exit Afghanistan on the border with Tajikistan, then continue east to Kyrgyzstan before entering China through valleys of the Tian Shan mountain range that divide the two countries. A likely terminus would be Kashgar, with existing spurs heading north to Urumqi and connecting to China’s high-speed national rail network and through West to Kazakhstan. There are as yet unrealised plans to create a southern rail connection from Kashgar through to Pakistan.” 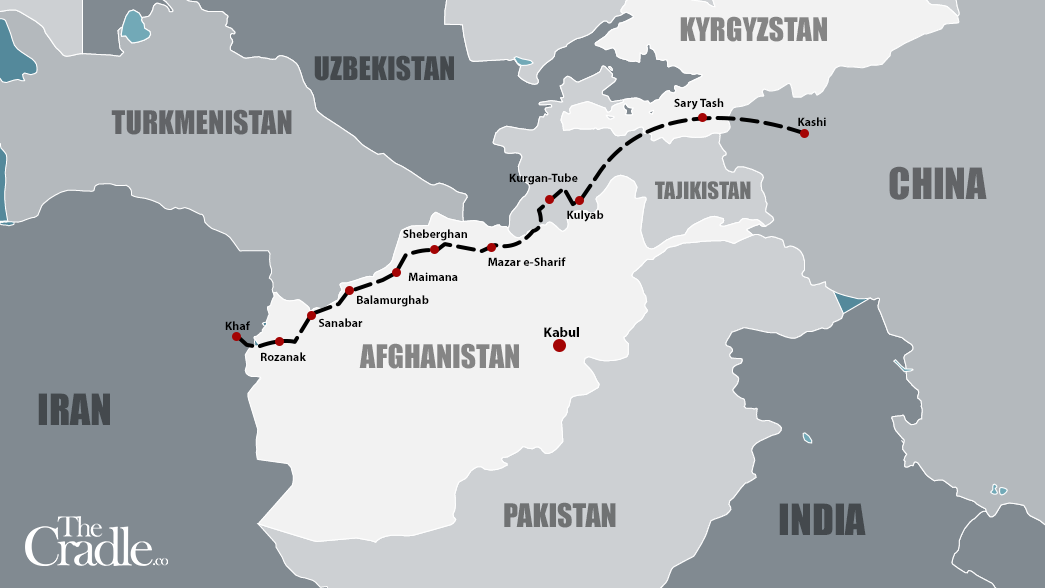 According to the Tunxi agreement, Turkmenistan also vowed to contributed to the “development of the transport, transit and communication system of Afghanistan, the intensification of the transit of cargo and passenger flows, by maintaining the operation of the railways along the route Atamyrat-Imamnazar-Akina-Andkhoy, which is designed to connect the countries of the region with further access to the railway network of China.”

Also important is the 6540 km Pakistan-Iran-Turkey freight line now being re-opened after 10 years of disarray. This strategic line which can easily intersect with CPEC and rail networks in China cuts travel down from 21 days at sea to only 10 days. Plans to add a new parallel passenger line to the freight service are also underway.

Commenting on the significance of this project, Pakistan’s Railway minister Azam Khan Swati said, “The start of the container train from Pakistan to Iran and Turkey was a long-standing dream of the countries of the region which has come true again.” 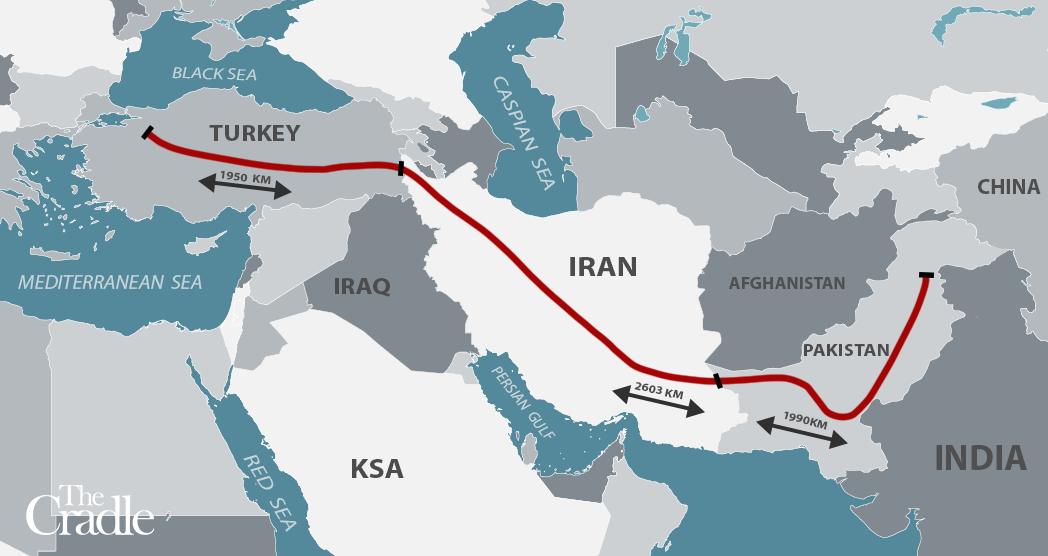 Following the Economic Cooperation Organization meeting in November 2021, projects to connect the Persian Gulf (at the Port of Bandar Abbas in Iran) with the Black Sea via rail were advanced by representatives of Iran, Azerbaijan and Georgia.

This development is part of the broader International North South Transportation Corridor (INSTC) which has become increasingly synergistic with the East-West BRI in recent years and which offers multiple points of intersection with both Russia, Ukraine and Europe. If a wider conflict is to be avoided among Russia and its European neighbors, win-win projects of economic cooperation embodied by this project are essential. 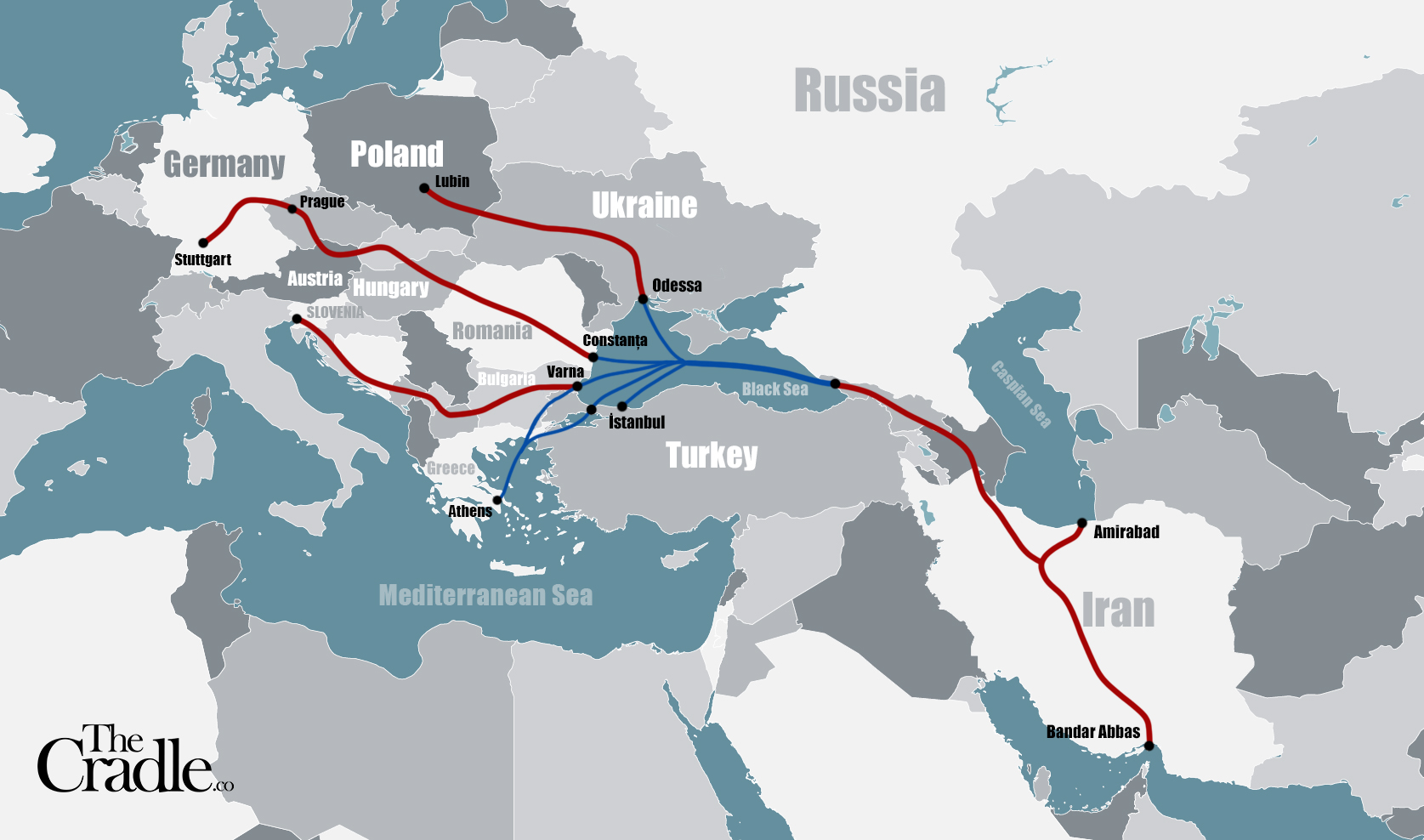 A high priority in the Tunxi agreement was placed on energy projects which Afghanistan desperately needs. Among the many coal, natural gas and other projects showcased, much effort was made to emphasize their complementarity with the CASA-1000 project launched in 2016. This $1.2 billion energy mega project involves creating a vast system of transmission lines stretching from the Kyrgyz Republic, Tajikistan, Pakistan, and Afghanistan. 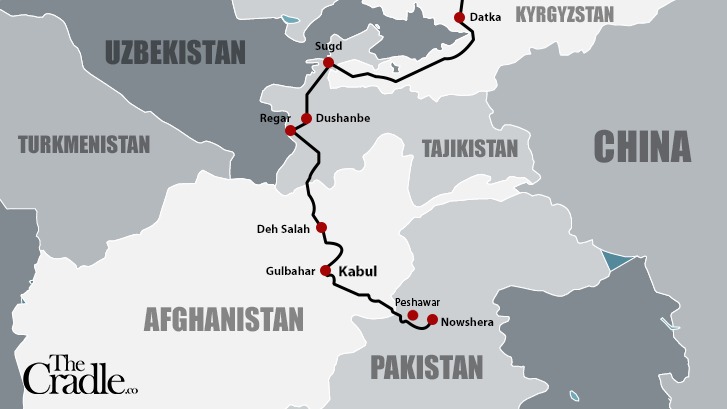 Another high priority project featured in Tunxi is the 1814 km Turkmenistan-Afghanistan-Pakistan-India (TAPI) Natural Gas Pipeline whose construction began in 2018 which will be an important force for residential and industrial development of all four nations. 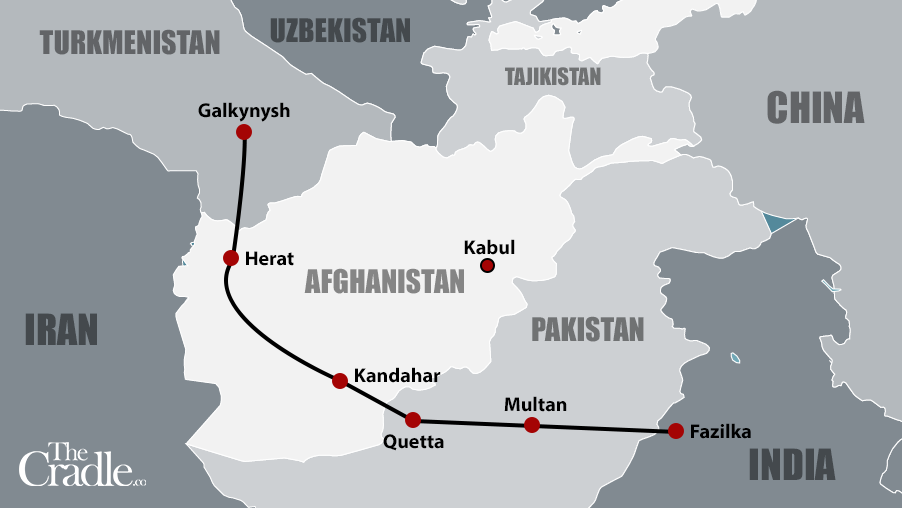 How ‘new’ will the international order be?

While the Russia-China alliance is robust, other nations among the 148 which have so far signed cooperation agreements with the BRI are on shakier ground. It is in these weaker zones that efforts are being made to loosen the fabric of the Eurasian alliance through any and all possible means.

Such has been the fate of Pakistan which saw an alleged US State Department-directed overthrow of Prime Minister Imran Khan on 10 April. This has cast doubt over the new government’s level of commitment to the CPEC and BRI projects as outlined in Tunxi and other locations as well as broader pro-Eurasian security agreements advanced through the Shanghai Cooperation Organization (SCO) in recent years. At least for the time being, the new Pakistani government of Shehbaz Sharif has vowed to maintain CPEC as a top national priority.

Whatever the outcome of the unfolding conflict in Ukraine, military saber-rattling by the US in Asia-Pacific, or broader efforts to destabilize the allies of Russia, Iran and China (RIC), the fact is that the current order as we know it is in terminal decline, while a new economic system will arise one way or another.

The question isn’t “will it collapse?” but “will the new system be based on the principles advocated by Sergey Glazyev?” If not, will it be premised on the model of a new Roman Empire managing a divided, impoverished, and warring world under the influence of a sociopathic supranational hegemon?