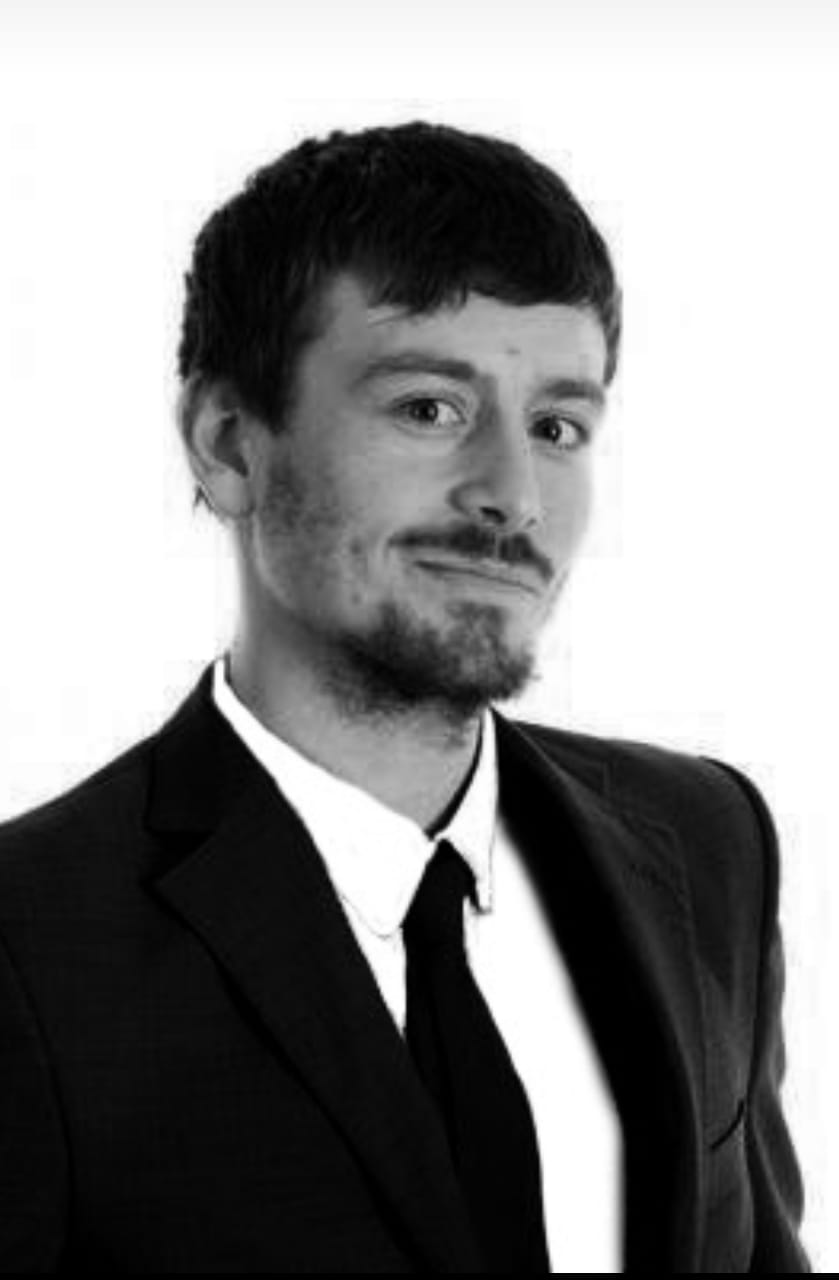 Editor’s note: The leaked British Foreign Office documents described in this investigation first surfaced in December 2020 and were covered in local Arabic-language media, but largely ignored by their English-language peers. As Lebanon’s economic and political condition worsens, with Western states taking the lead in exacerbating the crisis, The Cradle has decided to revive these leaks to shine a light on how the British government uses stealth and manipulation to sway Lebanon’s political and security outcomes. Part 1 of this series was published last month. This is Part 2 of 3.

Industry outlet Intelligence Online hailed the move, referring to Siren as an “old hand” at “security cooperation work” and the “linchpin” of UK strategy in this regard, noting that the vast investment comes against a backdrop of ever-worsening political and economic turmoil in Beirut.

Officially, the operation is concerned with helping the Internal Security Forces (ISF) to “maintain public safety and counter crime, disorder, and terrorist threats in compliance with human rights standards,” while strengthening the agency’s “effectiveness, responsiveness, and accountability, with a particular focus on their ability to respond to issues of public safety and internal security.”

While one might think it curious London is pumping millions into such a program at this precarious time, leaked Foreign Office documents reveal “reform” of Lebanon’s security services has long been a key objective of Whitehall. They furthermore point to a far more sinister rationale – namely, the infiltration of these forces at every level by British intelligence.

The files indicate Siren has worked with the ISF since 2008, with BPSP ongoing throughout this time. This history grants the company extensive experience in securing ISF “buy-in” to “difficult change management processes,” and “well-established relationships” with the Force’s senior command, which can be leveraged to garner their support for Whitehall’s connivance. Abdo Njeim, former ISF Mobile Forces General, is also a member of Siren’s team, providing “strategic advising” to BPSP – his presence surely helps in that regard, too.

Indeed, the “unique” bond Siren enjoys with “key interlocutors” in the ISF means the company can “identify any potential issues before they become major blockers to success,” and ensure the Force is fully sold on London’s plans. Formal communication channels with these interlocutors “are complemented by daily, informal interactions,” which provide Siren with “a unique understanding of what works with the ISF.”

One method of battering down “blockers” is to identify “change champions” – Lebanese government officials who, “due to their combination of power, integrity, and capacity to drive strategic change,” can act as decisive advocates for Whitehall. One such “change champion” cited is Raya al-Hassan, Minister of Interior and Municipalities 2019–2020, whose appointment represented “a strategic opportunity” given her “longstanding relationship” with Siren. Similarly, General Ahmad al-Hajjar, Head of the ISF Academy and Strategic Planning Team, was named as “essential” to the success of BPSP.

“Political support” for BPSP was further assured by a formal Memorandum of Understanding between the UK Ambassador to Lebanon – then Chris Rampling – and Lebanon’s Interior Ministry, which established a Strategic Programme Management Committee co-chaired by the British Ambassador and the ISF’s Director General, Major General Imad Osman. Rampling abruptly left Lebanon in December 2020 – just as the leaked Foreign Office documents on Lebanon surfaced, reportedly as part of a wider Foreign Office push to remove the families of its diplomats from Lebanon, following Israel’s assassination of Iran’s leading nuclear scientist. He is now the Foreign Office’s National Security Director.

Siren’s cozy connection with key Lebanese officials proved “critical” in implementing “complex activities” such as Beirut’s Command and Control Centre, launched in May 2019. The UK-funded installation equips the ISF with “state-of-the-art equipment, information and communication technology systems, [and] an analysis and planning room,” to strengthen law enforcement’s capacity to “fight crime and maintain security.” Of course, it also affords Whitehall a candid backdoor to all the Force’s investigations and activities.

The company’s wider work in Lebanon also created opportunities to forge relationships with other security and justice actors, upon which Siren can “capitalize, and effectively market further Foreign Office-bankrolled sector reform efforts to target agencies at the highest levels. For example, the contractor’s efforts in the northern city of Tripoli allowed it to “foster linkages” with the Lebanese Armed Forces’ (LAF) command, while activities elsewhere helped identify representatives of the Municipal Police and Ministry of Justice who could be cultivated and brought to heel.

Siren’s machinations in Beirut are rendered all the more disquieting given the professional history of Jonathan McIvor, the company’s chief and BPSP leader, who is said to have “driven ISF strategic change over the past decade.” An official CV in the leaked documents notes that after spending eight years in the British Army’s “shock troop” Royal Green Jackets regiment, between 1982 and 2007, he worked for a variety of UK police forces.

There is, perhaps predictably, no mention that McIvor was during this period harshly condemned by a public inquiry into the Metropolitan Police’s handling of the murder of teenager Stephen Lawrence in London in April 1993 – somewhat amazingly, he was the first senior officer to attend the scene of the racially-motivated killing. The judge-led probe, which concluded that the Metropolitan Police was institutionally racist, ruled McIvor had consistently failed in his duties that fateful night. It would not be until 2012 that two of Lawrence’s murderers were brought to justice.

In 1994, McIvor was transferred to Royal Ulster Constabulary, a force notorious for its vicious discrimination against Northern Ireland’s Catholic minority, where he took over management of its training center. Official inquiries have established beyond doubt that the Constabulary colluded extensively with Loyalist terrorist groups over the course of the Troubles, with senior officers heavily implicated in numerous hideous atrocities, including the cold-blooded paramilitary murder of human rights lawyer Pat Finucane in 1989.

The sectarian character of Northern Irish policing may well have influenced the UK government’s decision to task McIvor with establishing and running the European Union’s Coordinating Office for Palestinian Police Support (COPPS), which brutally enforces the Palestinian Authority’s illegitimate rule in the occupied West Bank and Gaza, including via arbitrary arrests and torture.

The question of whether McIvor’s experience in Northern Ireland informed such tactics is an open one. It was in the province that London perfected the “five techniques,” brutal methods of psychological and physical torment, that were exported throughout the world, and formed the basis of modern torture worldwide.

In 1976, a secret directive gave the Royal Ulster Constabulary a virtual free license to extract confessions via torture, and senior officers actively encouraged the practice. Former interrogators have confirmed the policy endured well into the 1990s, when McIvor was posted to the force at a high-ranking level. Even if he is not personally linked to such activities, other Siren staff may well be. One of the leaked files indicates that a “large proportion” of the company’s operatives are “former Northern Ireland police officers who are experienced working in hostile environments.”

The ISF has also been repeatedly accused of torture in recent years, with these tactics leading to the death of a prisoner in at least one instance. The influx of refugees to Beirut fleeing the Western-created crisis in neighboring Syria, numbering well over a million, has seemingly only exacerbated the issue.

There are numerous reports of Syrians being arbitrarily detained on dubious terrorism charges, and subjected to vicious ill-treatment, including beatings with metal sticks, electric cables, and plastic pipes, and being hung upside down or forced into stress positions for prolonged periods. Did Siren tutor the ISF operatives responsible?

Whatever the truth of the matter, Siren is clearly failing in its mission to ensure the ISF “maintains public safety in compliance with human rights standards” – but then again, that clearly is not what BPSP is actually concerned with. It may well be the case, though, that the numerous Lebanese officials London has buttered up to garner support for the program and ensure its unencumbered implementation are in the dark as to its true nature, unaware that it amounts to the continuation of extraordinary rendition via other means.