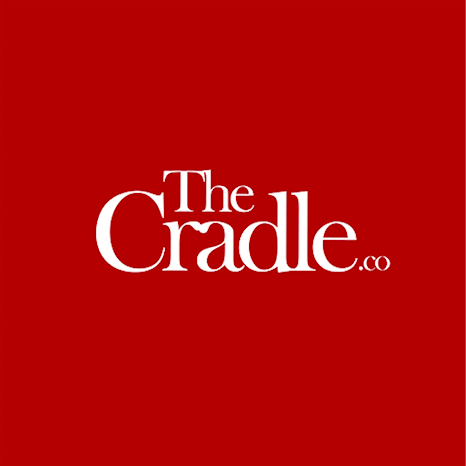 Fourteen oil companies form Lebanon’s private oil cartel, most of them affiliated with the country’s leading political parties and their trusted associates.

It is a familiar event in the Land of Cedars: critical shortages of medicine, bread, oil, petrol; endless scenes of weary citizens spending hours, sometimes days, lined up in queues hoping to buy the basic food, fuel, or life-saving medication for their families.

The economic crisis in Lebanon has revealed the extent of the entrenched corruption and systematic monopoly among the state’s political elite that has existed in the country for over 30 years. But who are these organized cartels of oil, medicine, hospitalization, and bread that have for so long created deep chaos in the lives of struggling citizens?

The Cradle decided to investigate, and name names.

The 1975–1990 Lebanese civil war ended with its leaders agreeing to share spheres of influence and state resources. Warlords distributed monopolies to one another; the emerging oil cartel was one ugly facet of this elite takeover of the rights and wealth of the Lebanese nation.

Between 1992 and 1998, the oil cartels were able to monopolize the import of oil by establishing companies for their trusted associates. The first of these alliances was between then-President Elias Hrawi and the leader of the Progressive Socialist Party, Walid Jumblatt, who imported oil and gas derivatives through the Basatna Company, and through Roland Elias Hrawi (President Hrawi’s son) and Naji Azar.

Former Prime Minister Rafik Hariri reinforced this corrupt business method and supported the presence of the company cartels, most of which arose during the civil war. Hariri, who came to power as a result of a US–Saudi agreement – and Syrian approval – paved the way for these companies to expand and develop in exchange for a weaker state presence.

The ruling cartel was joined by the traditional political families under the cover of Lebanon’s leading political parties: the Future Movement (the Hariri family), the Free Patriotic Movement, the Lebanese Forces, the Progressive Socialist party (Walid Joumblatt) and the Marada Movement (Suleiman Franjieh). These parties had agents or ‘businessmen’ who managed the oil market and accumulated spoils and profits, which were then distributed to their corresponding political bosses, who remained in the shadows.

Some of these companies are also directly owned by Saudi citizens and Kuwaiti businesses. Today, 14 companies in Lebanon control both the import of oil derivatives and the distribution market. They also own half of the 3,100 gas stations in Lebanon and control the daily price of fuel.

Given this set up, the Ministry of Energy is highly compromised in exercising its role as an impartial watchdog over the quantities of oil that the companies claim to import. Quite incredibly, it is the companies that set and regulate oil prices – without the intervention of the state – while the state absorbs the annual national oil bill, estimated at nearly $6.5 billion.

The oil cartel in Lebanon, consolidated and protected under the country’s nefarious monopoly law, is an agreement between companies to share the market and organize competition to protect their shared interests. Consequently, when there is risk of losing profits gained over the decades of this corrupt system, they withhold supplies of oil derivatives from the Lebanese market, causing the crippling shortages witnessed on a regular basis in Lebanon.

Historically, the only recorded attempt to combat the monopoly structure came during the 1998-2007 tenure of former President Emile Lahoud, who opened up the records of the oil cartels.

As a result of this rare transparency, Shahi Barsoumian, the Minister of Energy between 1995 and 1998, was imprisoned on charges of selling oil deposits at low prices and wasting public funds through a consensual contract with another collaborator, Naji Azar, Chairman of the Board of Directors of Eurogulf.

Other officials were also arrested, including the ministry’s former Director General Nicolas Nasr and Director of Zahrani Refinery Khalil Qambris. The cartel crackdown did not last long. After 2000, Lebanese Prime Minister Rafik Hariri further legitimized the sector’s monopolistic character by offering long-term agreements that enabled the companies to continue leeching off the state.

The Cradle sources revealed the names of oil companies that control the Lebanese market and the owners of some of these firms:

As such, the owners of these companies are themselves the oil traders and constitute the most powerful cartel in Lebanon. No one, not even state agencies or the Ministry of Energy, is able to control or direct them.

A source from the Port of Beirut has revealed that Ministry of Energy officials cannot even exercise their authority over the quantities of oil that enter Lebanon through oil tankers. The source also notes that the ministry is unable to measure the quantities of unloaded oil, and that, in any case, their oil measurements are conducted through the obsolete method of using a dipstick to determine quantity.

Oil Directorate sources say that the cargo of oil tankers is off-loaded into a tank before the shipment is inspected at the customs checkpoint, which itself is not allowed to monitor the process. The sources also say that customs checkpoints are not properly distributed and that regulatory authorities simply rely on what companies tell them, and not on document and data verification procedures.

Approximately 340 oil tankers off-load their wares at the Port of Beirut every year. The enormous profit that these companies make as a result of the oil import monopoly, and the amounts of waste and smuggling operations, are immeasurable.

Director of Oil Facilities Ziad al-Zein confirmed to The Cradle that the state imports only 30 percent of local market needs, while seven major companies import the remaining 70 percent. He reveals that the Zahrani Refinery imports diesel only, or 15 percent of the local market, and that the diesel is distributed to all Lebanese territories.

According to other sources in the Oil Directorate, Lebanon’s import of oil derivatives amounted to about 9 million tons.

Although most of these companies use the state to store oil reserves – in low-priced tanks rented from the state, no less – Lebanon’s politicians have not yet found a way to increase the state’s markets share, which has all but collapsed during the country’s severe economic crisis. While supplies imported by the state are concentrated in oil facilities in Tripoli and Zahrani, the private-sector tanks, which hold approximately 500 million cubic meters, are distributed over seven ports in Dora, Antelias, Amchit, Zouk, Anfeh, Tripoli, and Jiyeh.

Can Iranian fuel break the monopoly?

It sounds like a trick question, but when a monopoly of a prized commodity is controlled by a well-entrenched, highly functional mafia whose members also happen to be the people running state affairs, who then has the power to protect the state from crimes committed against its critical resources? And what event might conceivably shake the foundations of this system and crack it open?

The recent move by Hezbollah to import Iranian oil through Syrian territory may be the first signs of a fracture in Lebanon’s notorious energy monopoly.

Hezbollah did not want to embarrass its ally, Lebanese President Michel Aoun of the Free Patriotic Movement (FPM), so it chose to bring in Iranian fuel through smuggling routes on the Lebanon-Syria border to avoid US sanction threats.

Lebanon is prohibited from importing Iranian oil, by threat of US sanctions.

Informed sources tell The Cradle that the importation of Iranian fuel through legal routes would require Hezbollah to apply for a license from the Ministry of Energy, but that it did not do so in order to avoid placing both its allies and the Lebanese state in a quandary.

The approval of the Minister of Energy, who is affiliated with the FPM, would have exposed him to US sanctions, and because he is a cabinet member of a sitting government, would have subjected the whole state to that same threat.

Conversely, the Minister’s refusal to grant the Hezbollah-imported Iranian oil a license would have embarrassed him among his constituents and potentially hindered the fuel’s passage into Lebanon.

But these are mere diversions. Lebanon’s political elite had other reasons to object to the Iranian fuel: namely, that it would break the cartel’s oil monopoly and its price-setting powers.

As Hezbollah noted at the outset, the price at which Iranian fuel will be distributed to major Lebanese institutions, hospitals, and regular citizens will be lower than the price set by the oil cartel companies.

This cost discrepancy will swing the door wide open to serious questions about the size of the profits reaped by private companies in the absence of a Lebanese state intervention.

As for why Lebanon’s fuel crisis still exists given the fact that fuel continues to enter the country unabated is clearly a political decision made at the highest levels.

The cartel has the ability to exacerbate the crisis by halting domestic supplies with sufficient quantity to create shortages and confusion. The issue of opening credit lines at Lebanon’s Central Bank is also subject to this consideration – linked to increasing or easing pressure on the street.

Ironically, US sanctions on Lebanon are the biggest fear of the oil companies controlling the country’s energy market. Some of the companies were forced to submit reports to the American embassy in Beirut, disclosing the real quantities of imported fuel and the areas of distribution. How much, then, does the US embassy know about the covert oil operations and the real state of Lebanon’s energy shortages? And how much leverage does it have over these companies? Enough to dictate the amount of fuel distributed to the Lebanese people?

There is no doubt that the US embassy has played a role in exacerbating the fuel crisis ­– especially in areas that contain a large base of support for Hezbollah. As any follower of Lebanese events will know, the fuel crisis has been most severe in the Bekaa Valley, south Lebanon, and the southern suburb of Beirut, areas in which Hezbollah enjoys most support.