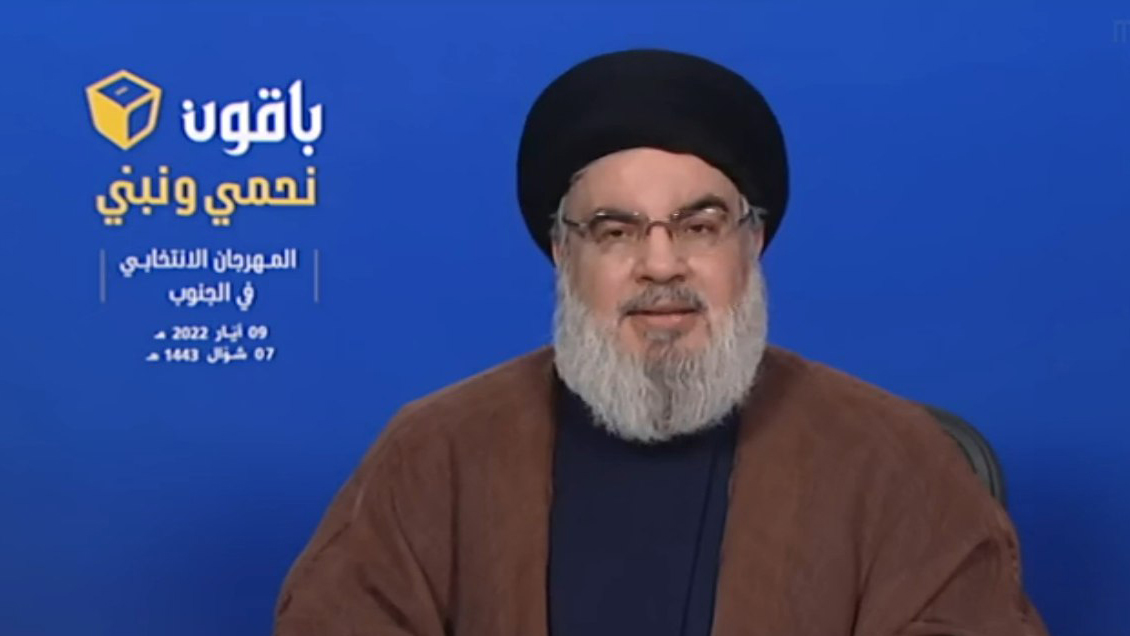 Hezbollah Secretary General Sayyed Hassan Nasrallah has described the upcoming Lebanese general election as “the political equivalent of the 2006 July war,” in a speech from 9 May to election rallies in Nabatiyeh and Tyre.

The Hezbollah leader said that public polling among the Lebanese population suggests that the economic crisis, inflation, corruption, and issues related to livelihood are of utmost importance to citizens, while Hezbollah’s weapons are low among public concerns.

Nasrallah contrasted these concerns with those of political parties, whose campaign strategies have centered on disarming the resistance rather than addressing people’s needs.

The intensity of anti-resistance slogans and the sentiments of some political parties in the 2022 elections means that this election is a “political July war,” according to the Hezbollah leader.

In 2006, Israel had planned to invade Lebanon in the fall season, according to documents leaked after the war. However, the Israeli establishment decided to expedite their plans by invading in July instead, due to a low-intensity operation by Hezbollah to capture an Israeli solider and negotiate prisoner swaps.

By the end of the war, over 1,000 Lebanese civilians were killed, with UNICEF estimating that 30 percent were children under the age of 13. Israel failed in all of its military objectives and did not capture any Lebanese territory.

“Those calling for disarming the resistance and [who are] saying that Israel did not attack Lebanon and did not pose a threat to Lebanon [prior to the existence of resistance groups] are either ignorant or are ignoring the truth on purpose,” Nasrallah said.

Nasrallah also recalled that, in southern Lebanon, people were kidnapped, killed, and harassed by Israeli forces in the 1950s and 1960s, well before the first Palestinian and Lebanese armed resistance groups appeared in the Levantine nation.

The resistance chief went on to say that the Lebanese army is “incapable of defending Lebanon” from Israeli attacks, due to both its weak firepower as well as its lack of official defense plans, which the army has been drafting since 1975.

Nasrallah went on to add that he had offered the army a defense plan in 2006, but was ignored.

He added that opposition to the resistance does not emerge out of a desire to improve Lebanon’s economic situation, but rather to please the US.

S #Nasrallah:
Those calling for the disarmament of the Resistance are denying its national accomplishments. They are doing this to please the Americans. They are not aware that there is no limit for the orders of the Americans; once you obey a command, the 2nd, 3rd …will follow.

Nasrallah also highlighted the importance of oil and gas in Lebanon’s territorial waters, and which the Israelis are trying to gain access to through illegal drilling operations.

The Hezbollah leader promised that the resistance will insure that no one but the Lebanese are able to drill for these energy resources.

Lebanon is experiencing one of the worst economic crises in its modern history. The upcoming election will be the first election since the 2019 economic collapse.