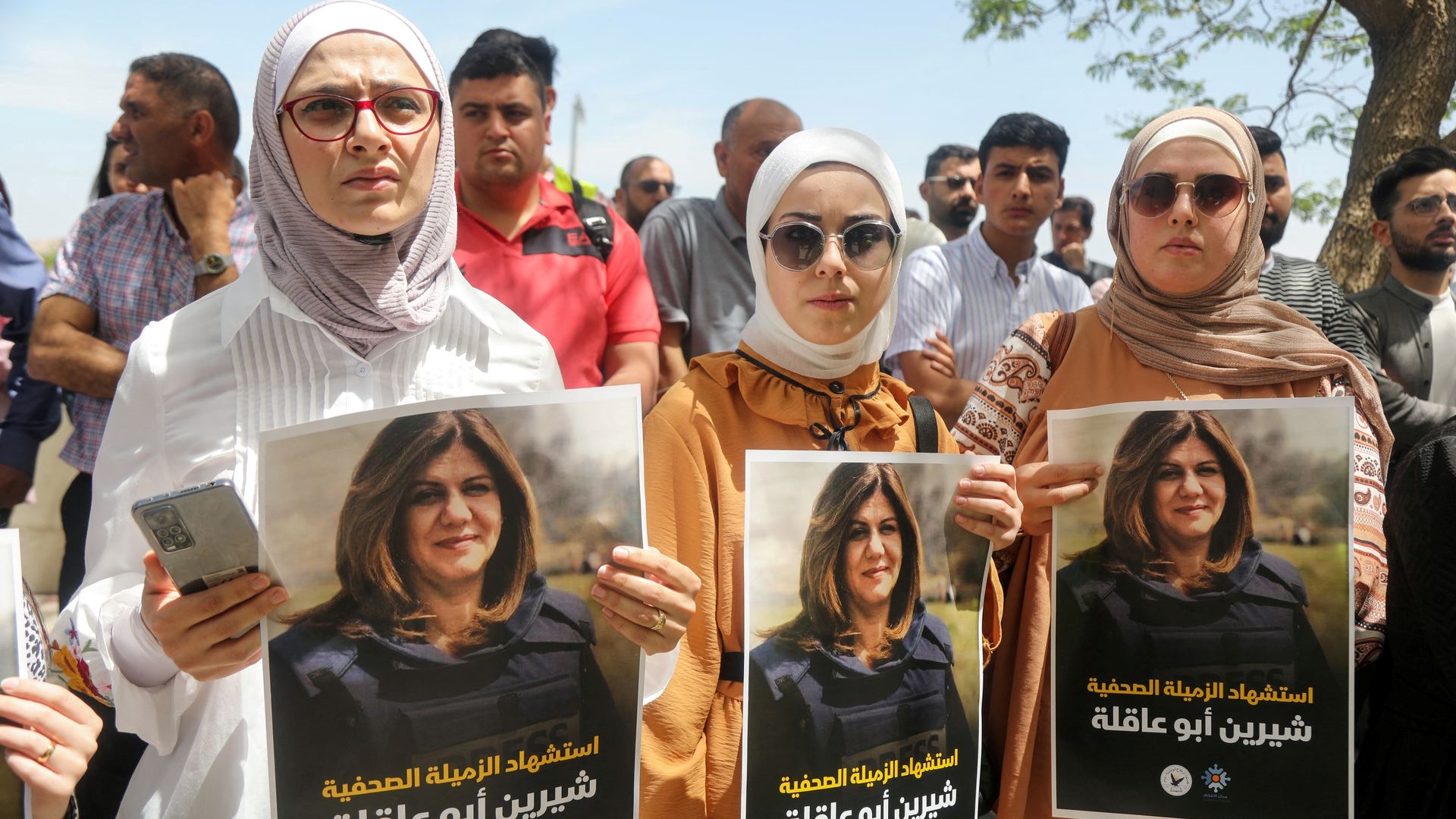 Following the murder of Al Jazeera journalist Shireen Abu Aqla Nasri in occupied Palestine on the morning of 11 May, there have been widespread condemnation and general strikes to mourn and express anger over her death.

The state of Qatar, which funds Al-Jazeera Network, issued a strong condemnation through its foreign ministry against the actions of Israeli occupation forces, and called for an end to threats on the lives of journalists.

Despite wearing full press coverings and body armor, and being far away from any Palestinian armed resistance fighters, Abu Aqla was shot in the head by live ammunition in what was likely an intentional targeting of a weak point in her armor.

The Palestinian Islamic Jihad (PIJ) also condemned the murder, stating: “The crime of executing journalist Shireen Abu Aqla is a crime that must awaken all living consciences to expose and punish the occupation.”

General strikes in Jenin and Jerusalem were also announced by Palestinian workers and business owners.

Lebanese resistance movement Hezbollah also condemned the murder in a statement, saying: “Shireen is the resistance media figure who spent every moment covering Zionist criminality against people over the past 20 years.”

“Fellow Shireen’s martyrdom … emphasizes the important and pivotal role of brave journalists in exposing the daily terrorist Israeli attacks, which the occupation attempts to cover up by restricting the work of journalists and media outlets,” the Hezbollah statement added.

“Ms Abu Akleh was shot execution style with a single bullet to the face, which Al Jazeera claims was fired by an Israeli sniper. Another journalist was shot in the back by Israeli forces but remains in a stable condition. Both journalists were wearing clearly visible blue flak jackets that identified them as journalists. While Israeli forces claim that they came under attack, other journalists who were present have state unequivocally that Israeli forces were shooting to kill,” the Sinn Fein statement reads.

Despite the fact that the US and UK governments fund and support the Israeli occupation of Palestine, including the provisions of deadly armaments, the US and UK ambassadors to Israel stated that they were “saddened” by her death.

Meanwhile, western media such as The New York Times have referred to the Israeli raid on Jenin which Abu Aqla was covering as “clashes.”

A funeral was held for the late journalist by the Palestinian community. Priests oversaw her burial rites, as Abu Aqla was a Palestinian Christian.