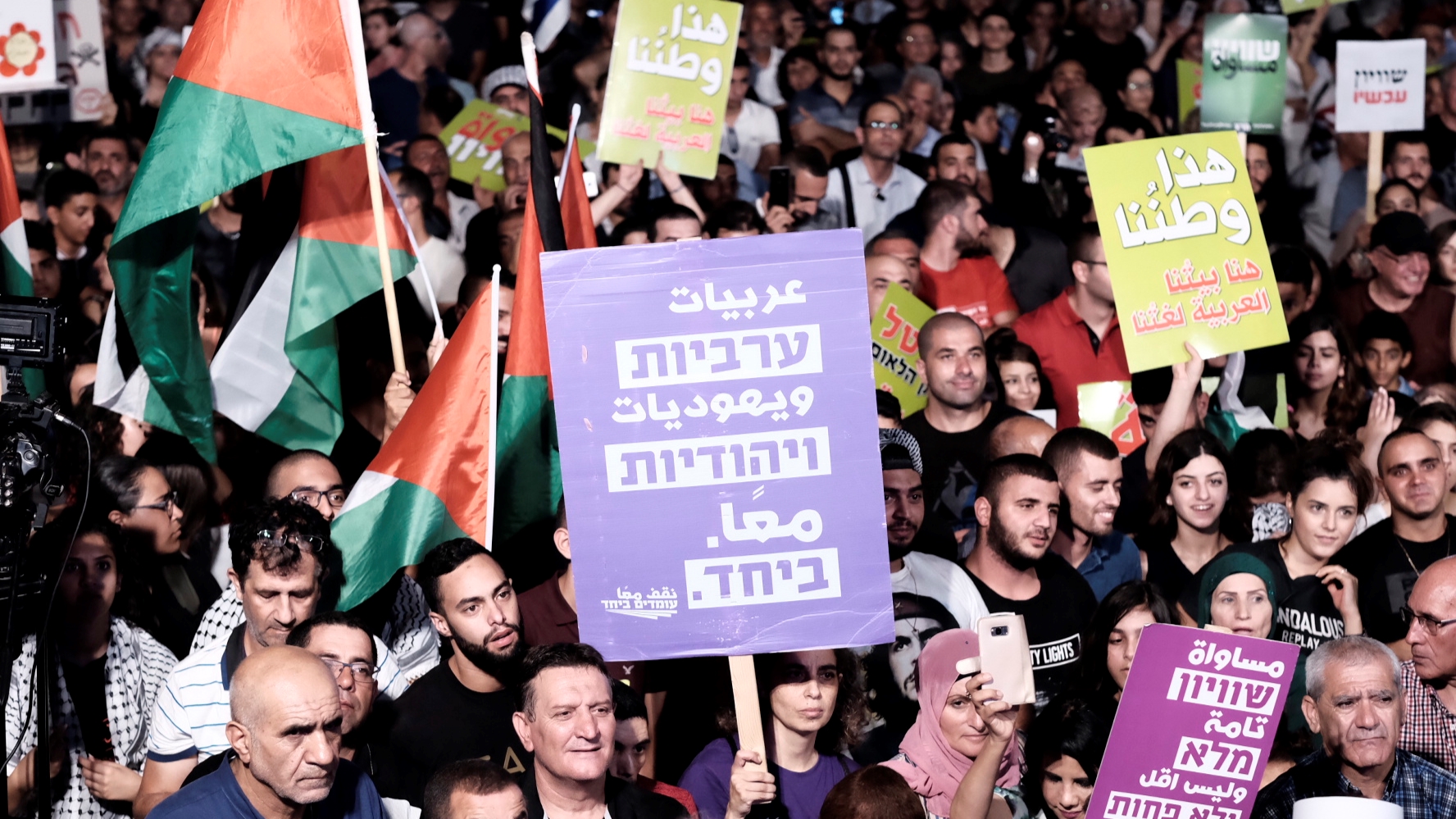 At least 75 percent of the Arab citizens of Israel believe Jews have no right to sovereignty in Israel, according to a survey by Habithonistim–Protectors of Israel published on 9 May.

Over 23 percent of respondents also said that, in the case of an “existential battle” between Israel and Arab states, they would stand against the occupation forces, while 26 percent said they would support the Jewish state.

Arab Israelis also said they have little faith in the country’s security forces, with 73 percent of respondents saying they distrust the Israeli police.

This is the latest poll that shows a large portion of the Israeli population has lost faith in the existence of the state.

In an article published in the Israeli newspaper Yedioth Ahronoth on 7 May, former prime minister Ehud Barak expressed fears of the imminent demise of Israel before the 80th anniversary of its founding.

“Throughout the Jewish history, the Jews did not rule for more than eighty years, except in the two kingdoms of David and the Hasmonean dynasty, and in both periods, their disintegration began in the eighth decade,” Barak said.

The former Israeli premier went on to say that history has proven that internal rifts as well as “fanaticism and sectarianism” have historically been the greatest enemy of a Jewish state.

Barak indicated that Jewish people are not the only ones who have been cursed in the eighth decade, saying that the US had a civil war in its eight decade of existence, while Italy turned into a fascist state and Germany into a Nazi one also in their eighth decade.

He also predicted that Tel Aviv’s next war will be on the domestic front, a scenario which the nation has not experienced so far.

“A new war will take us back to years gone by. The difficulties that we experienced throughout previous wars will be nothing in comparison with the fallout from the future confrontation,” Barak said.

Barak said that thousands of missiles and rockets would be unleashed daily into the Israeli-occupied territories in the event of a new war, and a high number of unmanned aerial vehicles would destroy everything.