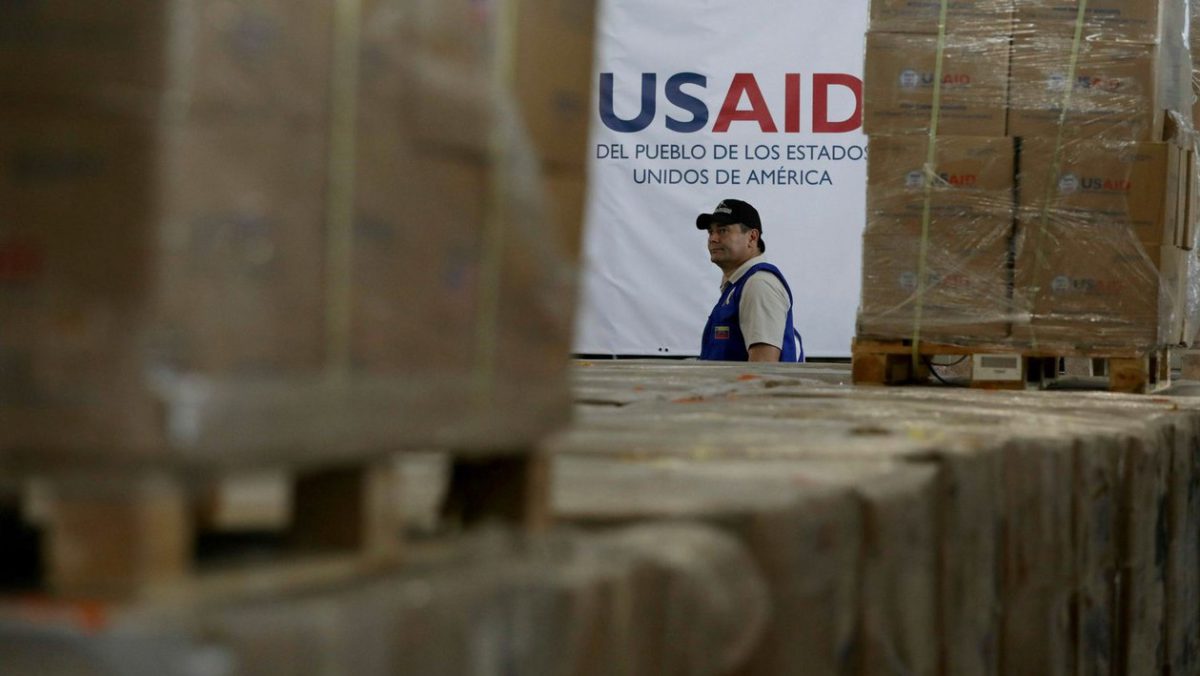 Boxes of humanitarian aid from USAID meant for Venezuela at a warehouse in Colombia. (Photo credit: AP Photo/Fernando Vergara)

The US will provide around $808 million in humanitarian aid to Syria, as announced by US ambassador to the UN Linda Thomas-Greenfield on 10 May.

The announcement was made during a conference titled ‘Supporting the future of Syria and the region’ hosted in Brussels by the EU, and the sixth of its kind.

The funding includes $446 million provided by the US Agency for International Development (USAID).

USAID has been mired in controversy, with accusations of being a front for the CIA after USAID subcontractor Alan Gross was imprisoned in Cuba for anti-government activities.

The current head of USAID is Samantha Power, the former US ambassador to the UN and known for her staunch support of regime change in Syria.

Journalist Glenn Greenwald criticized the appointment of Power, stating that “this is a good choice in the sense that as the head of USAID, an agency ostensibly devoted to assisting other countries, Samantha Power can work to repair the damage to all the countries she helped destroy the last time she was in government with her unhinged militarism.”

USAID has also been criticized for using its aid to agriculture as a means of helping large agricultural firms based in the US, such as Monsanto, to gain contracts in countries around the world.

Since 2014, aid from the UN and other agencies have been able to deliver aid into rebel-held Syrian territories without approval from the Syrian government, and without seeking approval for crossing the Syrian border from neighboring countries.

However, Russia and China say they will use their UN Security Council veto power to enforce Syrian state permission for all those seeking to cross into Syria’s borders, stating that the absence of such permission violates the sovereignty of Syria.

In November 2016, the Syrian army accused the rebels who were besieging Aleppo of hoarding food and humanitarian aid.

Journalists who visited Aleppo after the Syrian army liberated it from foreign-backed militants said they saw warehouses full of undistributed humanitarian aid from the Arabian Peninsula, Turkey, and the US.

The US has financed and armed the rebel insurgency in Syria since 2011, under the pretext of ousting Syrian President Bashar al-Assad for alleged war crimes.

The CIA had covertly supported the Free Syrian Army (FSA), which was allied with the Syrian branch of Al-Qaeda, known as the Al-Nusra Front, while the Pentagon supported the Kurdish militia group, the Peoples’ Protection Units (YPG), which is now absorbed into the so-called Syrian Democratic Forces (SDF).

The documents also showed that the US accepted these militant groups and hoped for a ‘Salafist principality’ to emerge in eastern Syria.

Salafism is an ideology similar to Wahhabism, which believes in shedding the blood of those who do not agree with their version of Islam. Various militant groups, such as ISIS and Al-Qaeda, ascribe to the same ideology.

Salafism and Wahhabism are considered to be a deviation from true Islam by the majority of Muslims, whether Sunni or Shia.

Recent reports suggest that the US base in Al-Tanf, Syria is providing support to ISIS militants in preparation for renewed insurgencies against the Syrian army, government, and civilian targets in the capital city Damascus.

Syria is experiencing an economic crisis due to the effects of the war and US sanctions, with a looming food crisis exacerbated by the effect of the Russia-Ukraine crisis on the global wheat supply. More than 12 million Syrians do not have enough to eat.