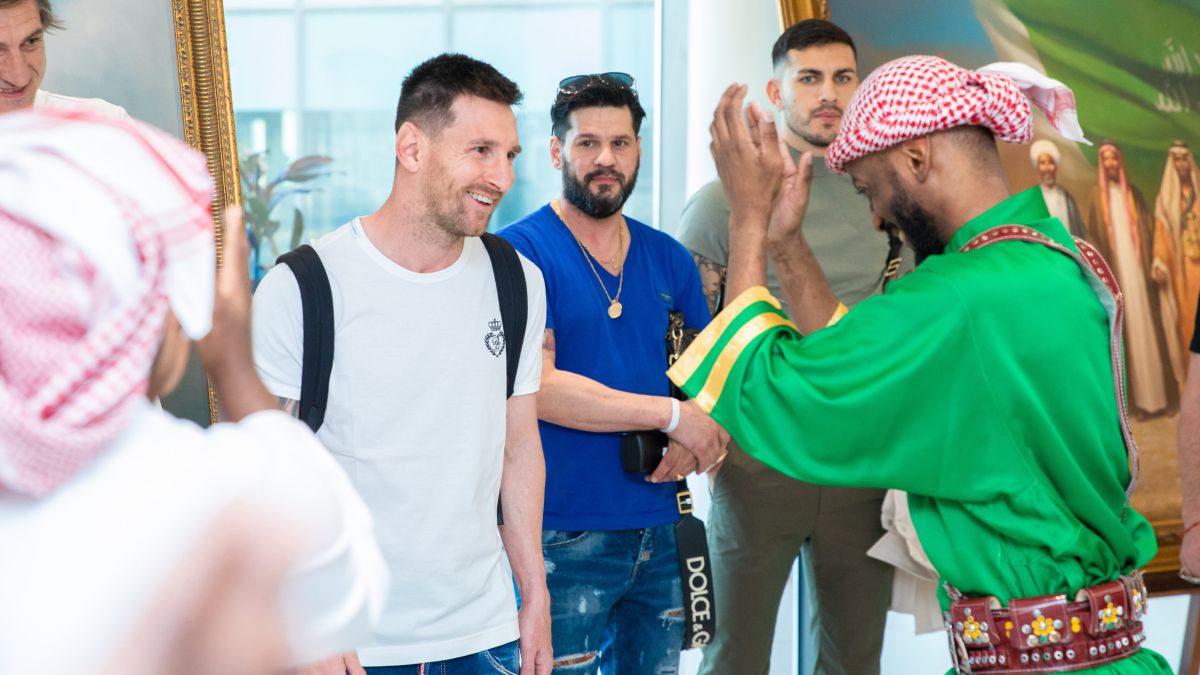 Saudi Arabia’s Ministry of Tourism announced on 12 May that Argentine football star Lionel Messi would be the kingdom’s new tourism ambassador.

“This is not his first visit to the kingdom and it will not be his last either, and I am pleased to announce Messi as ambassador of Saudi Tourism,” Minister of Tourism Ahmed al-Khatib wrote on social networks.

I am pleased to welcome Lionel Messi to Saudi Arabia We are excited for you to explore the treasures of the Red Sea, the Jeddah Season and our ancient history.
This is not his first visit to the Kingdom and it will not be the last! @VisitSaudiNow pic.twitter.com/RDfxFIRjrt

Al-Khatib accompanied the text with a photo of Messi and a group of friends, and added that the group will take “a special vacation” exploring the Red Sea, the Jeddah Season festival and the ancient history of the kingdom.

For his part, Messi posted a photo on social media aboard a yacht in the Red Sea, accompanied by the hashtag #VisitSaudi, the kingdom’s tourism promotion campaign.

The announcement of the football star as the kingdom’s tourism ambassador has left legions of fans disappointed, many rebuking Messi for whitewashing Riyadh’s human rights violations, including those against the Yemeni people, political dissidents, and the persecuted Shia minority living in the kingdom.

“In the pinnacle of the elite sport that he is in, that’s not a world that is concerned with human rights issues, and never has been,” according to South American football expert, Marcelo Mora y Araujo.

Messi’s decision caused controversy despite the fact that multiple relatives of political prisoners and prisoners of conscience in the kingdom signed the ‘Don’t do it, Messi’ petition in 2021 against the image-laundering campaign of Saudi Arabia.

The official Instagram account of Amnesty International Norway was blunt in condemning the new partnership of the football star:

“Traveling to Saudi Arabia is one thing, but getting paid to glorify the country is another. Some facts about Saudi Arabia: They execute at least 106 people a year. Criticizing the authorities is risking death. Women’s rights are almost non-existent. Gay? Well, the death penalty is your fate. Do you really want to support this, Messi?”

In one of the largest mass executions in Saudi Arabia since 1980, a total of 81 people were killed on charges of alleged terrorism-related activities earlier this year.

The Saudi Press Agency reported that the executions took place on 12 March, and included seven Yemenis and one Syrian.

The Saudi government claims the executions were carried out on convicts who held “deviant beliefs, and had pledged allegiance to foreign organizations.”

For seven years, Riyadh has also been waging a brutal war against Yemen, the Arab world’s poorest country, causing what the UN describes as “one of the worst humanitarian crises of our time.”