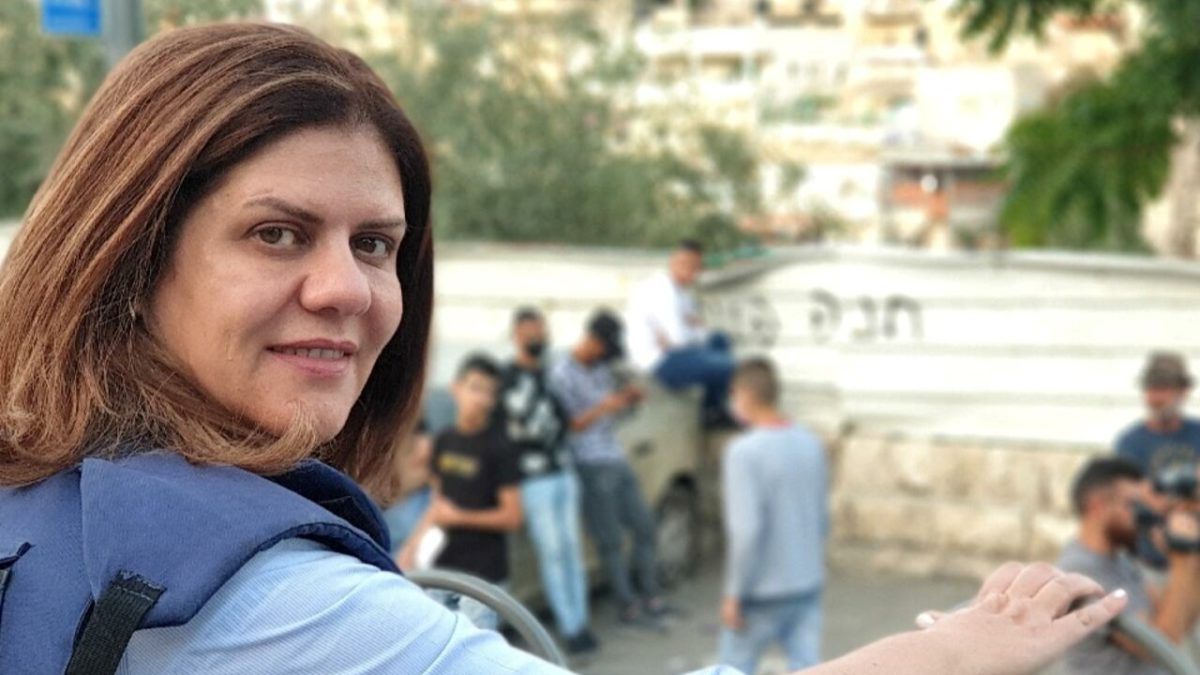 Condemnation is growing over the disingenuous coverage given by western media outlets to the murder of senior Al Jazeera journalist Shireen Abu Aqla by Israeli occupation forces.

The New York Times (NYT), in particular, has come under fire for erroneously claiming Abu Aqla was killed during “clashes” between occupation troops and Palestinians in their initial report.

What happened in Palestine vs how the NYT reports it pic.twitter.com/MciclsTpJh

Later on, the United States’ so-called “newspaper of record” released a headline mischaracterizing the murder as a sudden death.

Hey @NYTimes, "Dies at 51" is a really strange way to say a journalist was shot in the head. pic.twitter.com/YoqzHRoDsS

After receiving widespread criticism, the NYT was forced to adjust their coverage to reflect Abu Aqla had been killed. However, their story still claims there is “uncertainty over the details around the event,” and that “clashes were ongoing” when the shooting took place.

Other western outlets such as the Associated Press (AP) reported that the Palestinian-American reporter was killed by “gunfire,” continuing the trend of concealing the assertions by Al Jazeera and Abu Aqla’s own colleagues who, in unequivocal terms, blamed Israel for her death.

BREAKING: Shireen Abu Akleh, a journalist for the Al Jazeera network, was killed by gunfire in the occupied West Bank, the Palestinian Health Ministry says. The shooting happened during an Israeli army raid in Jenin. https://t.co/NeyLKmedn0

Many social media users pointed out that AP has continued to whitewash Israeli war crimes even after Tel Aviv’s forces bombed offices of the media outlet in the Gaza Strip last year.

This is targeted extrajudicial killings of journalists for reporting to the world Israeli crimes. https://t.co/q6MnTFk7G1

The Guardian also came under fire for their unfortunate coverage of the murder, leading with the headline: “Al Jazeera accuses Israeli forces of killing journalist in the West Bank.”

But going even further afield, Fox News on 12 May released a report titled “Al-Jazeera reporter dies following disputed incident in the West Bank.”

Many have pointed out that the main thing these reports have in common is echoing Israeli talking points of “chaotic circumstances,” as well as relegating Al Jazeera’s claim of a “targeted assassination” as hyperbole.

“Instead of reporting the facts – as confirmed by other journalists present at the scene, by video footage and by rights groups like B’Tselem – western media has simply parroted talking points from the Israeli military,” Sonya E Meyerson-Knox, communications director of Jewish Voice for Peace (JVP), told Middle East Eye.

Speaking to Al Jazeera, Marc Owen Jones, an assistant professor of Middle East Studies at Hamad Bin Khalifa University, said: “The Israeli state is very used to managing these crisis situations in which they kill Palestinian citizens or journalists … So, what they have done is already had a narrative, and that narrative is that there’s ambiguity about the killing of Shireen. And in this case, there is a possibility that it could have been Palestinians.”

The IFJ has repeatedly condemned Israel’s deliberate targeting of journalists and media facilities in occupied Palestine.

According to WAFA, least 55 Palestinian journalists have been killed since 2000, with no one ever being held responsible.