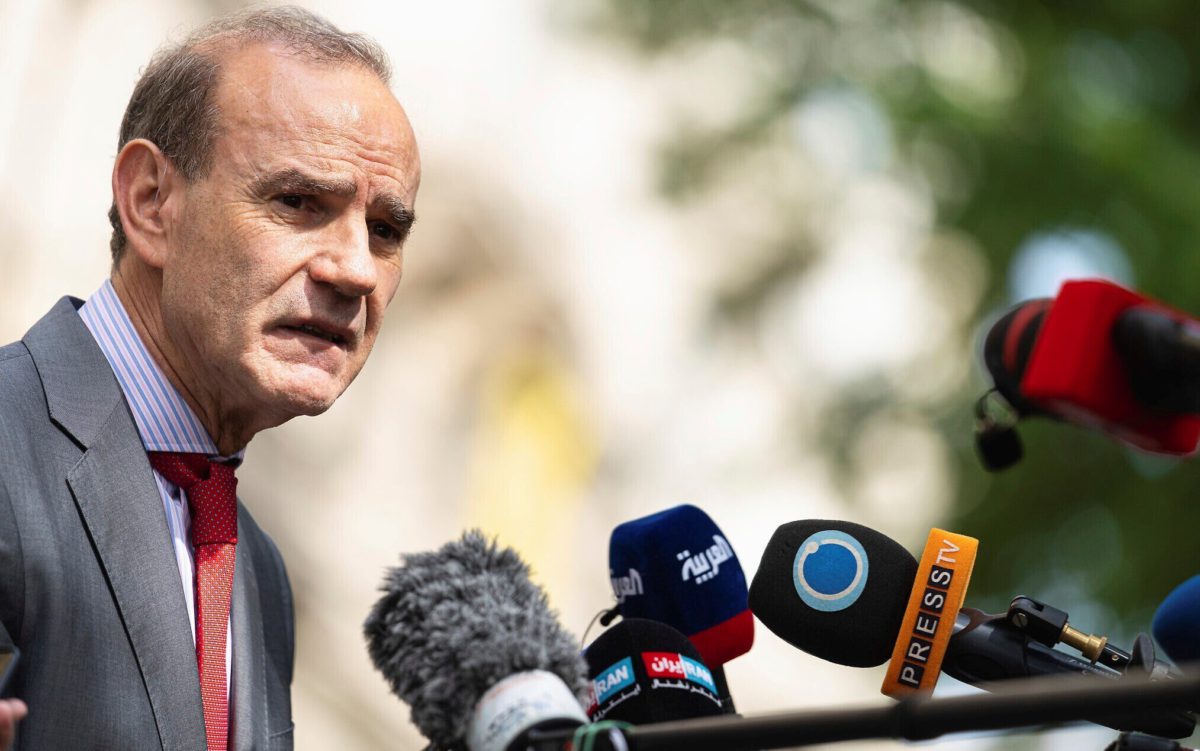 On 13 May, German authorities detained three EU officials at Frankfurt airport, including the EU’s top negotiator to Iran Enrique Mora, who has been involved in sanctions removal talks between Iran and western powers.

Mora was detained after arriving to Frankfurt en route to Brussels from Iran. Despite holding a Spanish diplomatic passport and being the EU’s point man in the Vienna talks, he was held by authorities for 30 minutes.

Mora tweeted on Friday: “Retained by the German police at the Frankfurt airport on my way to Brussels, back from Tehran. Not a single explanation. An EU official on an official mission holding a Spanish diplomatic passport. Took out my passport and my phones.”

Retained by the German police at the Francfort airport on my way to Brussels, back from Teheran. Not a single explanation. An EU official on an official mission holding a Spanish diplomatic passport. Took out my passport and my phones.

According to reports, the EU officials were waiting in line at passport control before they were detained and separated at the police station in Frankfurt airport.

Mora affirmed that the police gave no explanation for the detention, despite requesting an explanation numerous times.

Their refusal to give an explanation is in violation of the Vienna Convention, Mora said.

EU foreign chief Josep Borrell commented on the incident saying, “He is on the way, the issue is over. He took the plane, and he is traveling according to his program.

Borrell is reportedly seeking a middle way between Washington and Tehran, according to comments he made to the Financial Times. His compromise involves removing the Islamic Revolutionary Guard Corps (IRGC) from the terrorism list, but keeping IRGC sub-organizations that are of concern to the US on various blacklists.

Mora was on a diplomatic mission to Iran following a deadlock in the talks on 11 March after the US seized several Iranian oil ships, resulting in the Iranian team leaving Vienna in protest. The talks have not been revived since.