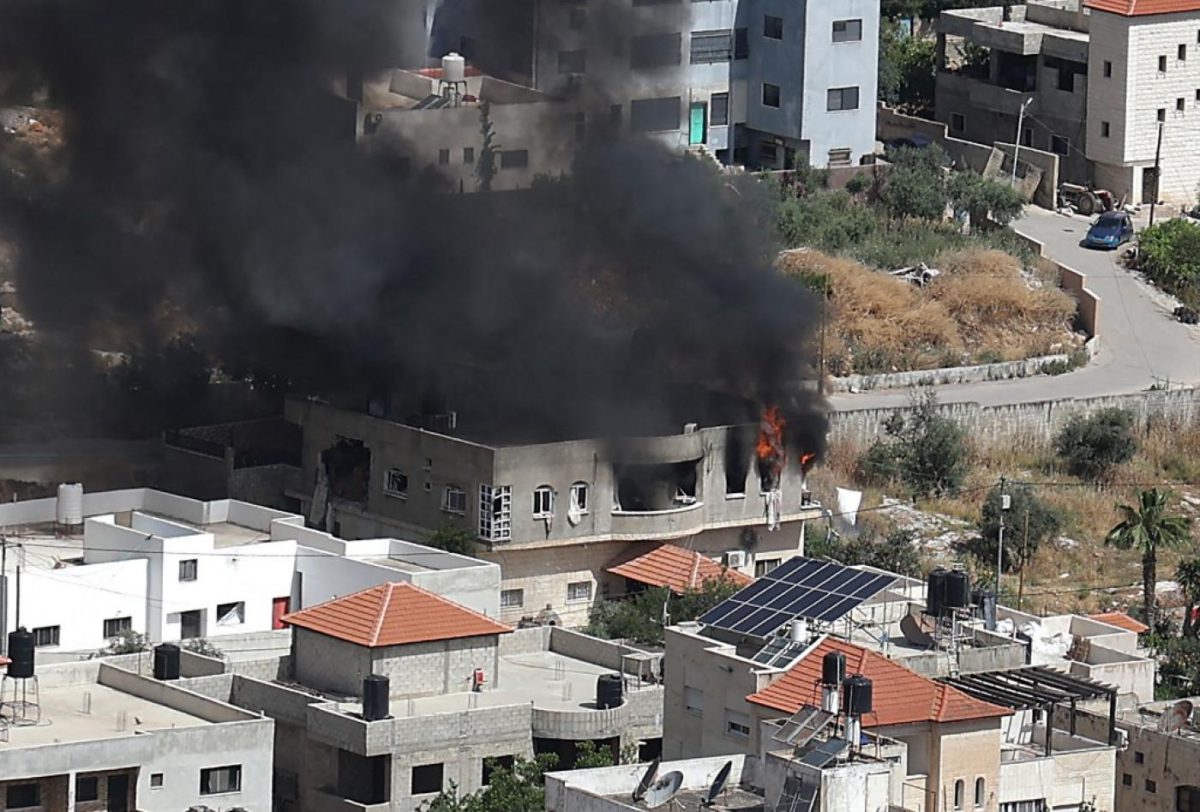 In the morning of 13 May, Israeli troops resumed violent raids in the West Bank city of Jenin, just two days after the murder of Palestinian-American journalist Shireen Abu Aqla in the same area.

During the raid, occupation troops surrounded a Palestinian home and targeted it with a short-range missile in an attempt to arrest two Palestinian fighters inside.

#Palestine | Israeli occupation forces target Jenin camp in the West Bank with missiles for the first time in 20 years. pic.twitter.com/8NzAwp5Ze8

The two are accused of being members of the Palestinian Islamic Jihad’s (PIJ) armed wing, Al-Quds Brigades (Saraya al-Quds).

At least 13 Palestinians were injured during the raid, including a number of teenagers. Five of the injured are in critical condition, according to the Palestinian Health Ministry.

The use of a missile attack by Israeli troops was the first in 20 years on Jenin. The house caught fire after the missile struck the upper section of the building.

Local journalists say they once again came under fire by the occupation troops.

“They fired directly at the house we are taking cover in,” said Samer Khwaira, one of the reporters trapped in the area.

“We can’t even look out of the windows. The army is everywhere and they have just sent in more reinforcements. There are snipers and soldiers in every street,” Khwaira added in a recorded voice note heard by Middle East Eye.

Meanwhile, ambulances were also prevented from reaching the conflict area by the occupation forces.

“Our crews were stopped by Israeli forces and could not move as the Israeli army claims it is for our safety,” said Hazem Masarwa, a medic with Jenin’s Ibn Sina hospital.

Jenin has become a target of ongoing Israeli raids, as a number of citizens from the city have, over recent months, carried out retaliatory attacks against Israeli citizens.

Since March, Palestinians and members of Israel’s Arab minority have killed 18 people, including three police officers and a security guard, in retaliatory attacks in Israel and the West Bank.