Home Analysis Investigations Interviews News
Home / News / Hamas calls for 'unified command' against Israel
Joe Biden deploys top delegation to the UAE in hopes of mending ties with Gulf ally
33 minutes ago
Rockets hit US military base in northeast Syria
1 hour ago
Iraqi resistance group warns of attacks against US, Israeli targets in Kurdistan region
3 hours ago
Turkey plans to block ascension of Finland, Sweden to NATO
4 hours ago
Hamas calls for 'unified command' against Israel
The Hamas leader called on the Palestinian Authority to formally withdraw from the Oslo Accords
By News Desk - May 14 2022 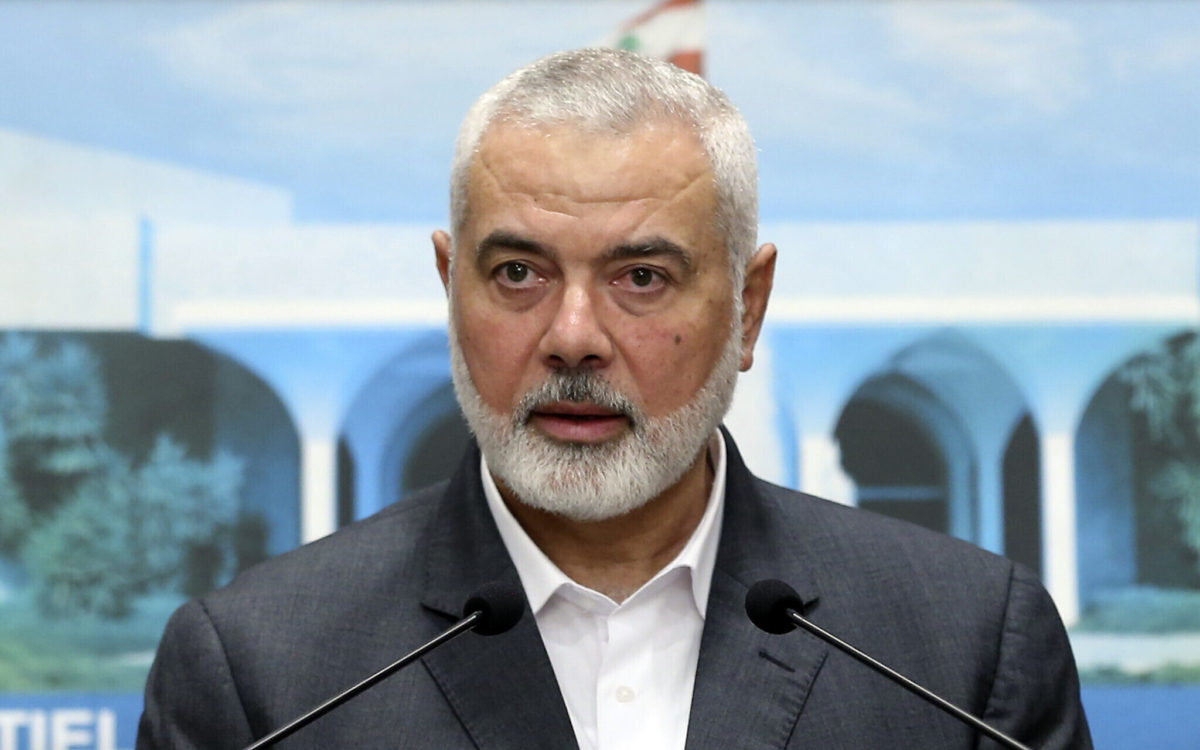 In a call to action after the killing of journalist Shireen Abu Aqla by Israeli military forces on 11 May, the Palestinian resistance movement Hamas has appealed for unified command against the Israeli government.

Head of the Political Bureau of Hamas, Ismail Haniyeh, said on 14 May that Palestinians were entering a new period and that strategic decisions to form a “speedy formation” of the command to lead the struggle against Israel must be made.

“We need to proceed on this path without hesitation. Our people will also wage their war against the invader in all areas … We call on the rapid formation of a unified field command that will lead the fight against the occupation at this historical time, when blood prevails over the sword and will prevails over cruelty,” he said.

Haniyeh called on the Palestinian Authority (PA) to officially cancel the Oslo Accords, signed in 1993, and urged the PA to end its security cooperation with Israel and support the struggle against the occupation.

Hamas described settlers’ calls to storm Al-Aqsa Mosque on 15 May as a dangerous escalation, and condemned the decision of the German judiciary to ban activities commemorating the Palestinian Nakba.

On 13 May, a Berlin court upheld a ban on Palestinian Nakba Day demonstrations which were scheduled to take place in the German capital this weekend, the Berlin-based Tagesspiegel newspaper reported.

The administrative court outlawed five Palestinian demonstrations over what it said was “a risk of inflammatory or anti-Semitic calls and violence,” Anadolu News Agency reported.

Anadolu Agency quoted Hamas spokesman Hazem Qassem as saying that the calls to storm Al-Aqsa on the anniversary of the Nakba “are a dangerous escalation and a provocation of our people.”

Qassem added that these calls would lead to “an open clash with the Zionist occupation and bear its full consequences.”