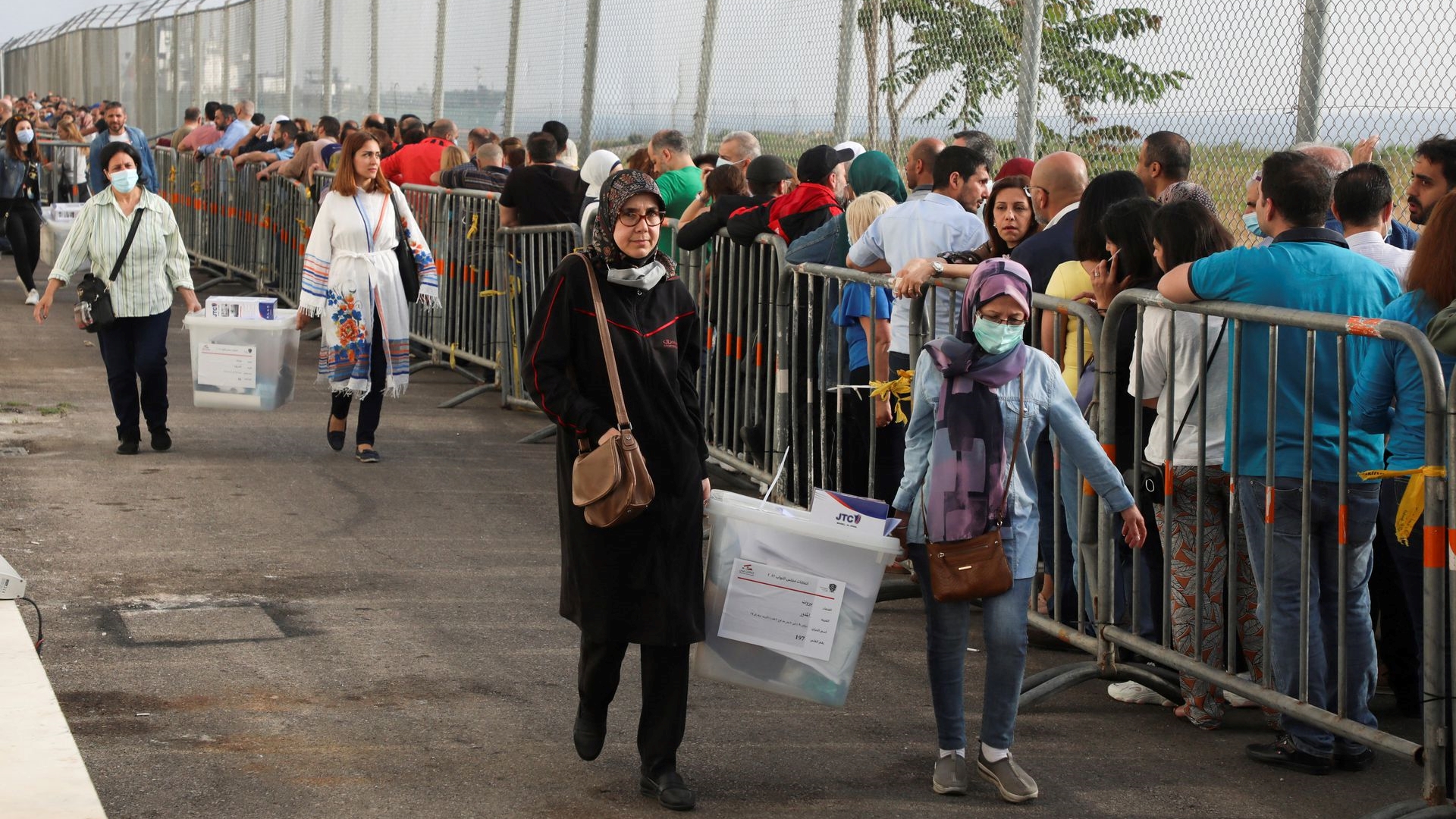 Election officials carry ballot boxes and election material to be distributed to polling centers, ahead of the parliamentary election, in Beirut, Lebanon. (Photo credit: REUTERS/Mohamed Azakir)

Early in the morning of 15 May, polling stations opened across Lebanon and citizens lined up to vote in parliamentary elections, the first since the economic collapse of 2019 and the Beirut Port blast in 2020.

Since the last elections in 2018, the Lebanese people have endured a freeze on their bank deposits and life savings, resulting in the collapse of the Lebanese lira, a shortage of foreign currency, and hyperinflation. These events have created countrywide shortages of basic commodities like fuel and medicine, as well as power outages of up to 23 hours in the day.

Both Prime Minister Najib Mikati and President Michel Aoun cast their votes in the morning, with the latter urging everyone to vote as “the citizen cannot be impartial in the important issue of choosing the political system.”

For his part, Mikati wished for “a better tomorrow” as he voted in his hometown, Tripoli.

Some 3.9 million eligible voters will select their preferred representatives among 718 candidates spread across 103 lists in 15 districts and 27 subdistricts – an increase from 597 candidates and 77 lists in 2018.

Some 142,041 out of the 244,442 registered voters living abroad headed to the polls last week on 6 and 8 May across 48 countries, with a 63.05 percent turnout, according to the foreign ministry. This was more than triple their participation in previous elections.

Lebanon’s semi-democracy has a complex confessional power-sharing system, implemented by France during its occupation of the country.

However, this year, Lebanon’s largest Sunni party, the Saudi-backed Future Movement, will not participate in the elections. Their leader, former primer minister Saad Hariri stepped down from politics earlier this year and called for voters to boycott the elections.

This move left a significant political gap in key constituencies in the country, which many expect to be filled by Hezbollah and its political allies.