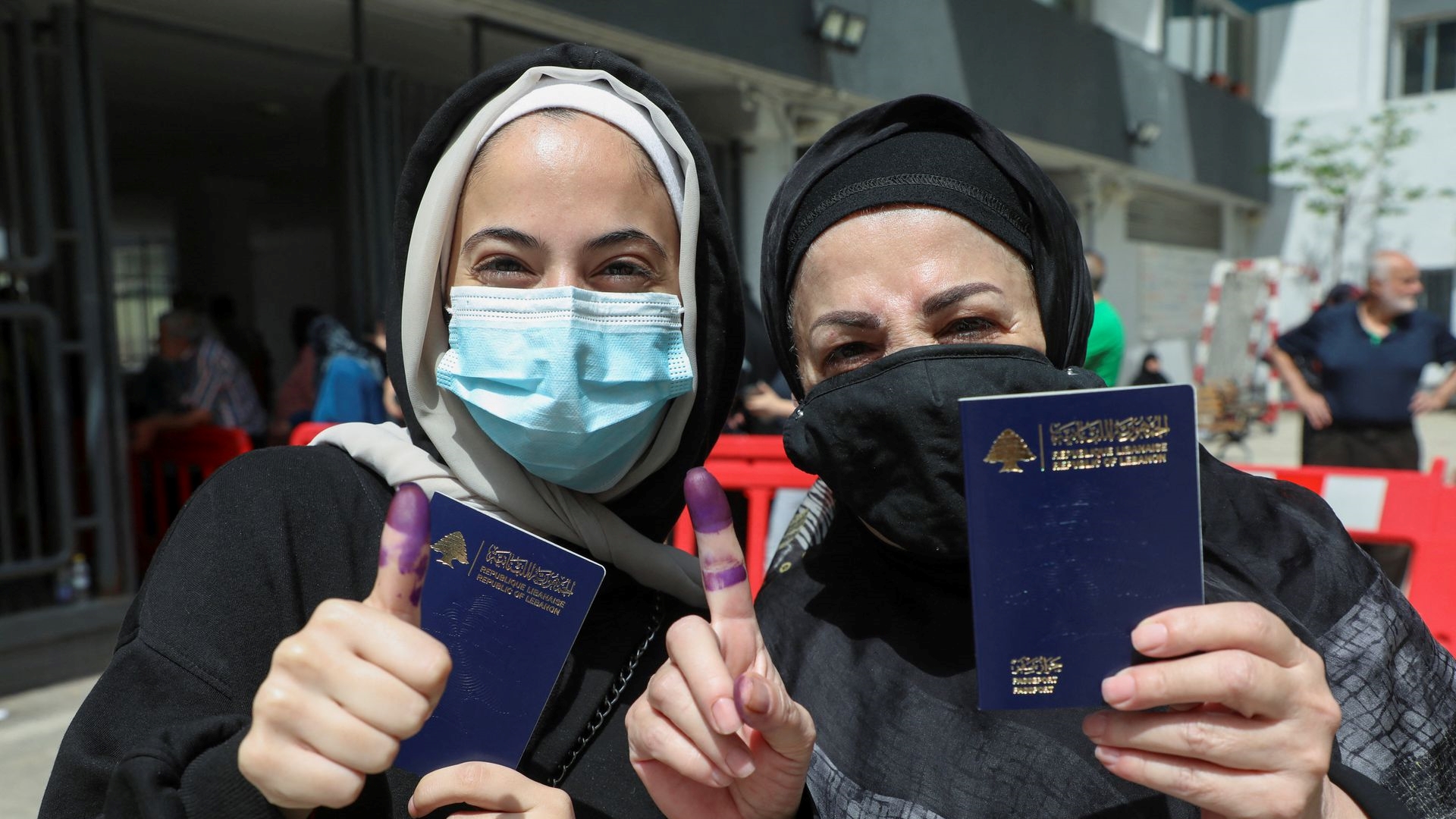 Polls have closed across Lebanon as turnout for parliamentary elections dropped from the last elections in 2018, when nearly 50 percent of eligible voters cast their ballots.

According to the Interior Ministry, as of 6:30pm local time, only 37.5 percent of voters had taken part in the electoral process. Polling places closed at 7pm.

According to these figures, participation was highest in the Christian majority district of Jbeil, with 50 percent, and the Shia region of Bekaa, with 45 percent.

Other districts with high participation were Baabda and Chouf with 41 percent, Metn with 40 percent, Hasbaya with 38 percent, and Tyre with 37 percent.

In the capital Beirut, which is divided into two electoral sub-districts, turnout reached 27 percent in the eastern areas and 31 percent in the western side.

These elections are the first in Lebanon since the economic collapse of 2019 and the Beirut Port blast of 2020.

The results of the vote will be officially announced on 16 May.

Throughout the day, a number of violent incidents were reported involving supporters of the Lebanese Forces (LF) party, a Christian majority party that has deep ties with Israel and Saudi Arabia.

In the town of Chekka, a fistfight erupted between LF and Free Patriotic Movement (FPM) supporters. According to local reports, three people were hospitalized as a result of the fighting.

Across the Bekaa valley, clashes were also reported between the LF and supporters of the Hezbollah resistance movement. Both sides traded accusations of incitement.

Lebanon’s semi-democracy has a complex confessional power-sharing system, implemented by France during its occupation of the country and which divides parliament’s 128 seats into two groups – 64 Muslims and 64 Christians.

Since the last elections in 2018, the Lebanese people have endured a freeze on their bank deposits and life savings, the collapse of the Lebanese lira, and hyperinflation.

The economic situation has also exacerbated a crippling energy crisis, with blackouts that can last for up to 23 hours a day.