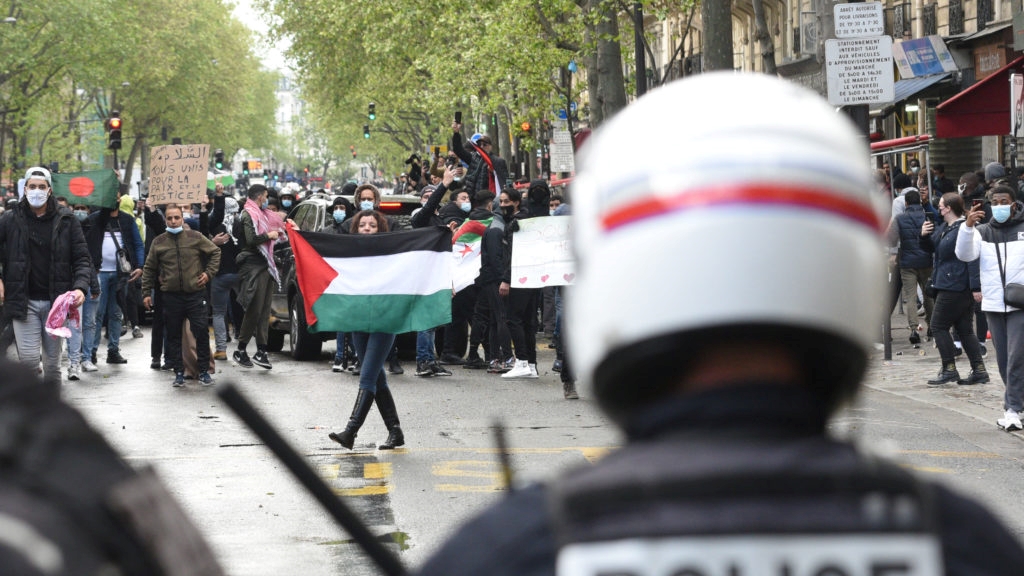 German police arrested approximately 170 peaceful pro-Palestine protestors on 15 May during a mobilization to commemorate Nakba Day and call for justice for Shireen Abu Aqla, the Palestinian-American journalist murdered by Israeli forces on 11 May.

Among those arrested was Ramsy Kilani, a Palestinian whose family was killed during the 2014 Israeli onslaught on Gaza.

Protesters reported violent repression by German police, leading to several injuries, including Majed Abusalama, a Palestinian who lives in Berlin.

I just left the hospital an hour ago with an arm sling to hold my shoulder after the German racist police almost dislocated my shoulder with their violent reactions to us wearing Palestine Kuffiyas. This is the new wave of anti Palestinian everything in Berlin. Insane, right? https://t.co/y99b1jpGju

“Police are literally arresting anyone they see on the street who says ‘free Palestine’ or wears a keffiyeh,” reported journalist Hebh Jamal.

Berlin officials deemed the vigil for the late Al Jazeera journalist as illegal, adding it to the ban on Nakba Day protests that was issued by a Berlin court.

A court in Germany upheld a ban on all Nakba Day demonstrations in Berlin, following a ruling issued on 13 May, claiming the demonstrations pose a risk for so-called ‘inflammatory’ and ‘anti-Semitic’ speech.

Event organizers slammed the ruling, calling it an attack on the freedom of assembly and expression.

“The events were banned under false pretexts, in a move that represents a confiscation of the people’s right to commemorate forced displacement from their villages and cities,” Hamas spokesman Abdel Latif al-Qanoua stated on 14 May in reaction to the Berlin court ruling.

The Nakba, Arabic for catastrophe, was the beginning of the Israeli occupation of Palestine, achieved through massacres carried out by UK-backed Jewish militant groups against the Palestinian people in 1948, with the goal of forcing them out of cities and towns that were coveted by the newly formed state of Israel.

Palestinians who were not killed in the massacres were forced out of their lands in what would become one of the world’s largest refugee populations.