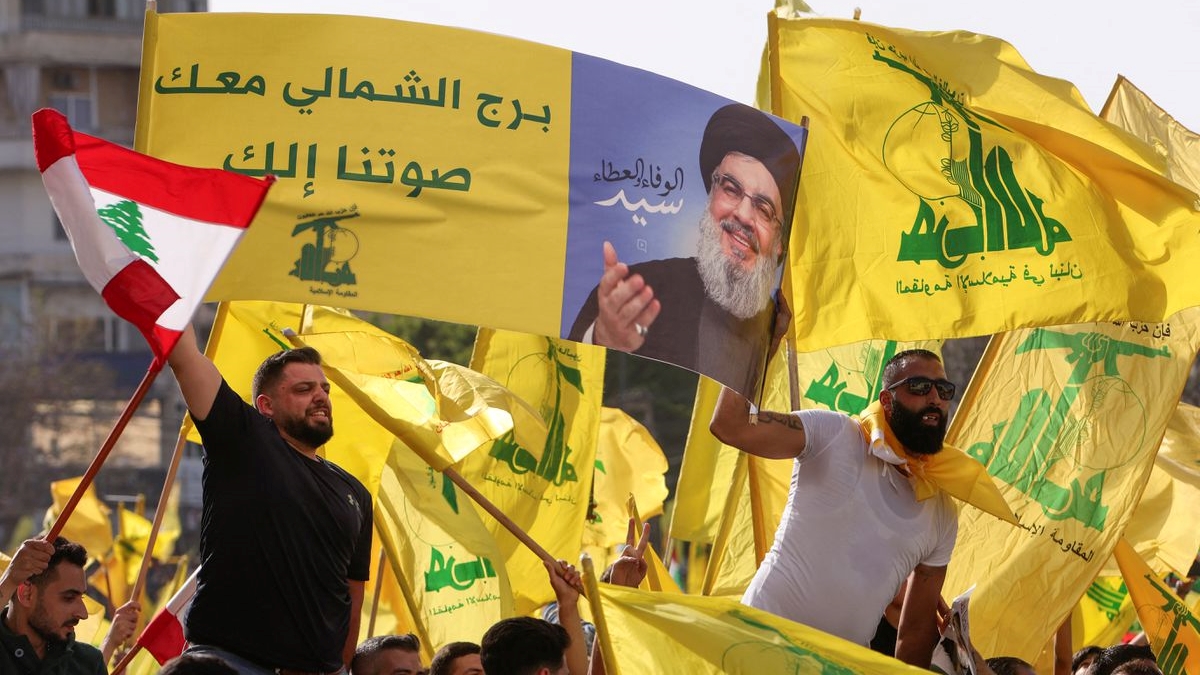 Lebanon’s Interior Ministry has released the final vote count for parliamentary elections held on 15 May, showing that neither the ‘Loyalty to the Resistance’ bloc nor western-backed parties had won enough votes to form a majority government.

The results also show that 13 independent candidates and 15 candidates representing civil society groups were elected to parliament, upending the traditional power balance in the Levantine nation. 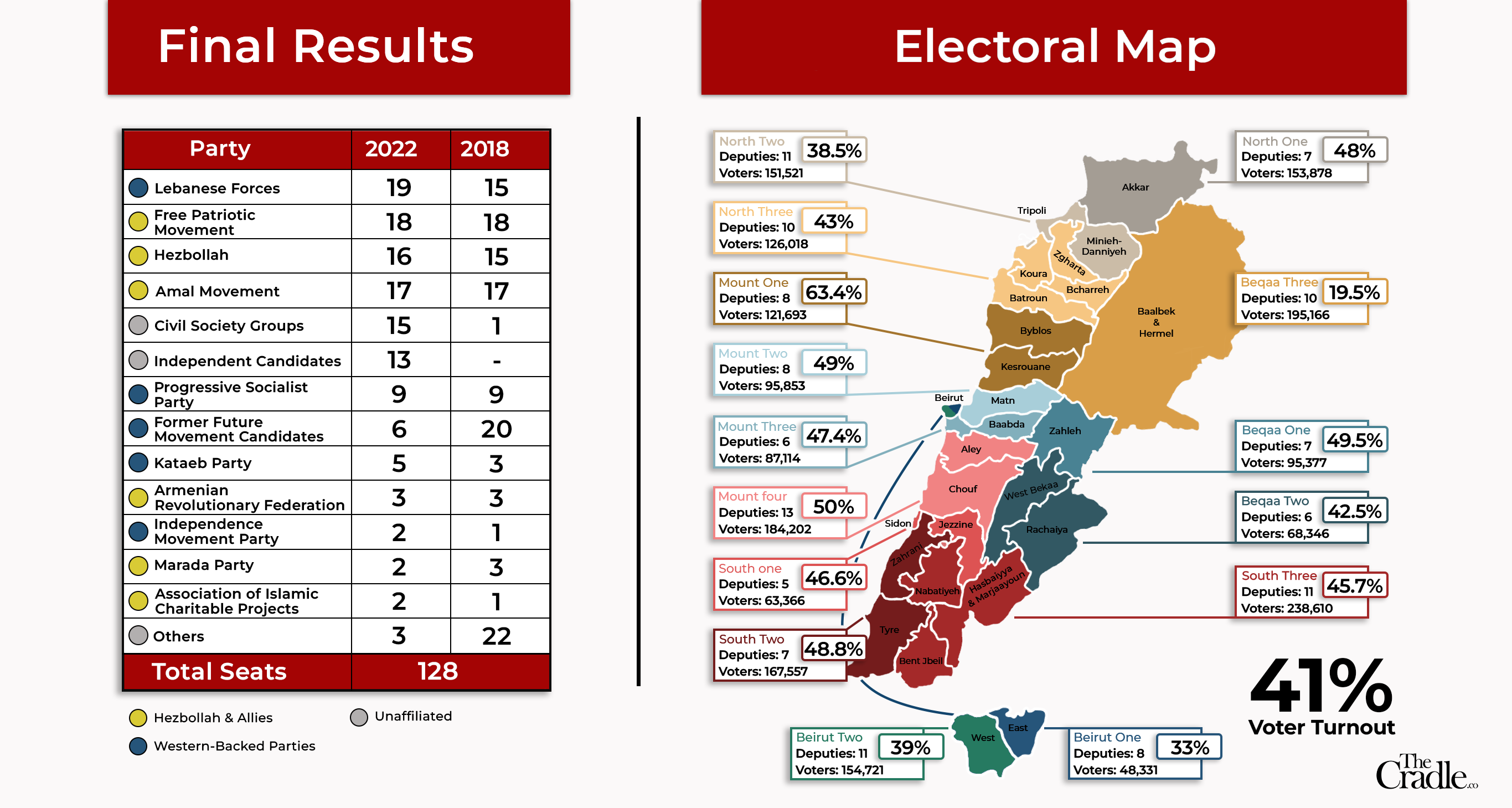 Lebanese resistance movement Hezbollah won 16 seats, while its allies in the Amal Movement and the Free Patriotic Movement (FPM) won 17 and 18 seats, respectively.

Including other allied parties, the resistance bloc acquired a total of 58 seats, falling short of the 65 needed to form a majority government.

On the other hand, the US and Saudi-backed Lebanese Forces (LF) party won 19 parliamentary seats, up four from the 2018 elections. This result secured their spot as Lebanon’s most popular Christian party, taking the title away from the FPM.

The LF ran on a platform of disarming Hezbollah, alleging that many of the problems that plague the crisis-hit nation are a result of the strength of the resistance movement.

Ahead of the 15 May vote, Israeli media openly advocated for a victory by the LF and its leader, Samir Geagea.

Other western-backed parties like the Progressive Socialist Party (PSP) and Kataeb won nine and five seats in parliament, respectively.

The ballots were also the first in decades to take place without the country’s largest Sunni party, the Future Movement. Its leader, former prime minister Saad Hariri, stepped down from politics earlier this year.

Some of his supporters endorsed the boycott, while some of his allies quit the party to take part in the elections, winning a total of six seats.

In total, the parties that enjoy the support of Washington and Riyadh achieved a total of 41 seats in parliament.

Under Lebanon’s complex confessional voting system, parliament’s 128 seats are divided into two groups – 64 Muslims and 64 Christians. The positions of prime minister, president, and speaker of parliament must be filled by members of the Sunni, Christian, and Shia communities, respectively.

With no clear majority alliance in parliament, experts are looking at the next moves from independent parliamentarians and those representing civil society groups.

In particular, the independents campaigned on the back of the 2019 anti-government protests, which saw large numbers of Lebanese rise up against rampant corruption and mismanagement.

Twelve of these lawmakers are newcomers to politics, and many of them ousted long-time establishment MPs from their electoral districts.

Just days ahead of the election, the UN accused Lebanon’s political elite of human rights violations in creating the conditions for an acute economic crisis that has plunged over 80 percent of the population below the poverty line.