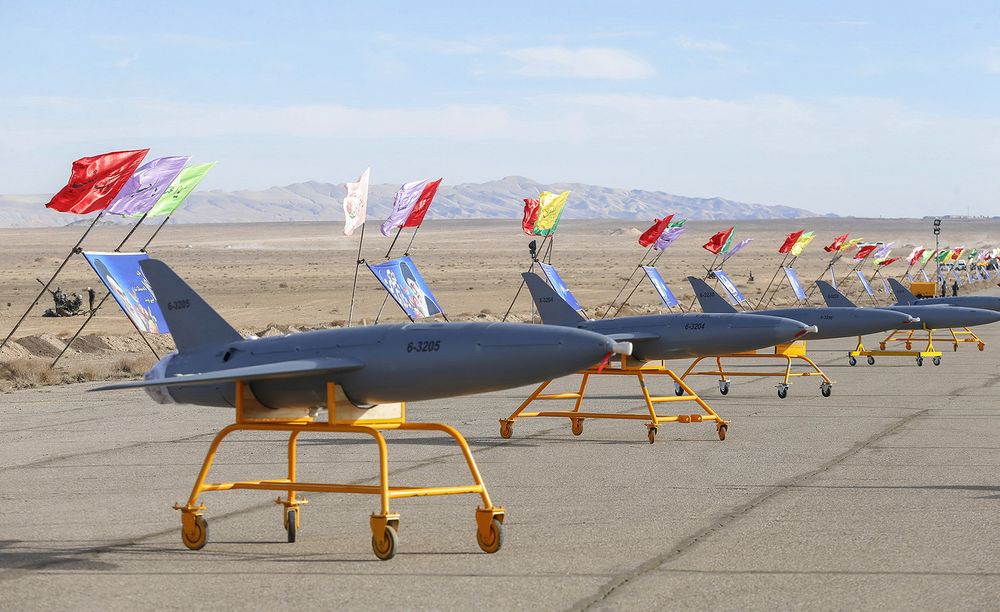 During a visit to Tajikistan, Chief of Staff of the Iranian Armed Forces Major General Mohammad Hossein Baqeri, inaugurated an Iranian factory manufacturing Ababil-2 military drones in the capital Dushanbe on 17 May.

According to IRNA, Baqeri said that Iran is “in a position where, in addition to meeting our domestic needs, we can export military equipment to allied and friendly countries to help increase security and sustainable peace.”

Describing the opening of the drone factory in Dushanbe as a milestone in military cooperation between Iran and Tajikistan, the top commander said the two countries will broaden military and defense assistance in the future. They also discussed regional cooperation with a focus on Afghanistan.

Tajikistan has been grappling with the threat posed by thousands of Takfiri militants spread across its southern border with Afghanistan, ever since the Taliban assumed power in Kabul and the US forces pulled out in August last year.

He noted that joint military exercises and implementation of military equipment are among the top priorities of the Armed Forces of Iran and Tajikistan.

Both officials emphasized the continuation of interactions, consultations, and specialized meetings on regional and bilateral issues.

On 3 May, in an interview with Fars News, Iranian parliamentarian Abolfazl Abutorabi said the Islamic Republic of Iran is among the top four powers in the world in terms of drone power, a feat accomplished by Iranian specialists and experts.

Abutorabi revealed that Iran produces 59 types of drones, including one type with a range of four thousand kilometers.

He also emphasized that self-sufficiency in drone production plays a crucial role in meeting the country’s needs for fighter jets.

“Each of the drones currently manufactured by the Islamic Republic of Iran can, in fact, do what a fighter jet does,” Abutorabi said.

A few days earlier, Deputy Commander for Operations of the Islamic Revolutionary Guards Corps (IRGC) General Abbas Nilforushan said that Iran has the largest missile and drone power in West Asia, underlining this power as “endless,” according to local media.