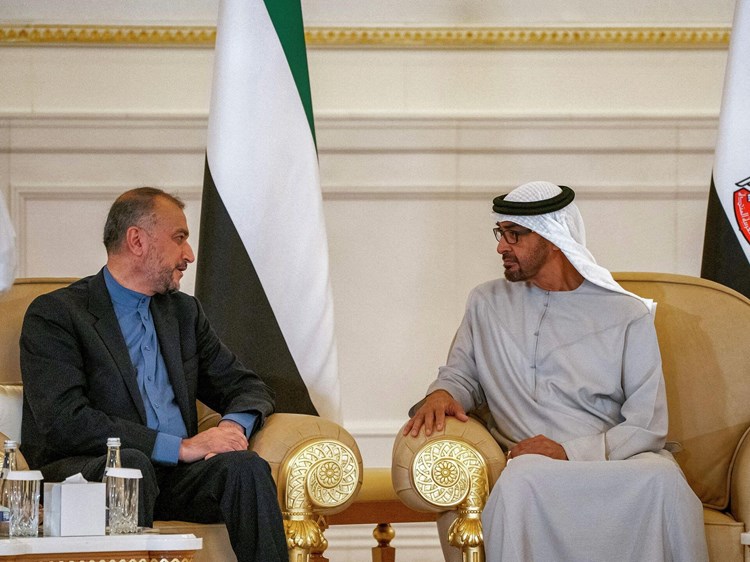 Amir-Abdollahian spoke of “warm relations” between neighbors as the cause of “despair among enemies of the region.”

Amir-Abdollahian and the new UAE president discussed a number of issues of common interest, as well as the facilitation of affairs for Iranian nationals residing in the UAE.

The Iranian Foreign Minister left Tehran for the United Arab Emirates earlier on 16 May to pay tribute to former ruler Sheikh Khalifa bin Zayed al-Nahyan who passed away on 14 May at the age of 73, following a long illness.

Speaking to the national Iranian News TV Network (IRINN TV) before meeting with Sheikh Mohammed bin Zayed on Monday afternoon, the Iranian foreign minister described the UAE as an important neighbor to Iran and said that Tehran would seek to broaden ties with Abu Dhabi within the framework of the new administration’s neighborliness policy.

The trip by Hussein Amir-Abdollahian was the highest level visit by an Iranian official to the Persian Gulf country in recent months.

The UAE has been a major supplier of goods and machinery to Iran since 2018 when Tehran came under a series of unilateral economic sanctions by the United States.

Meanwhile, US President Joe Biden sent a high-level delegation to the UAE this week in a bid to mend ties with Washington’s Gulf allies.

The crisis has deepened with the economic sanctions imposed on Russia by western powers.

Both the UAE and Saudi Arabia have outright refused to break with their OPEC+ commitments in order to increase oil production, despite desperate pleas by the White House.

Although a key US strategic partner in the Persian Gulf region, the UAE abstained from voting earlier this year in a UN Security Council (UNSC) resolution condemning Russia’s military invasion of Ukraine.