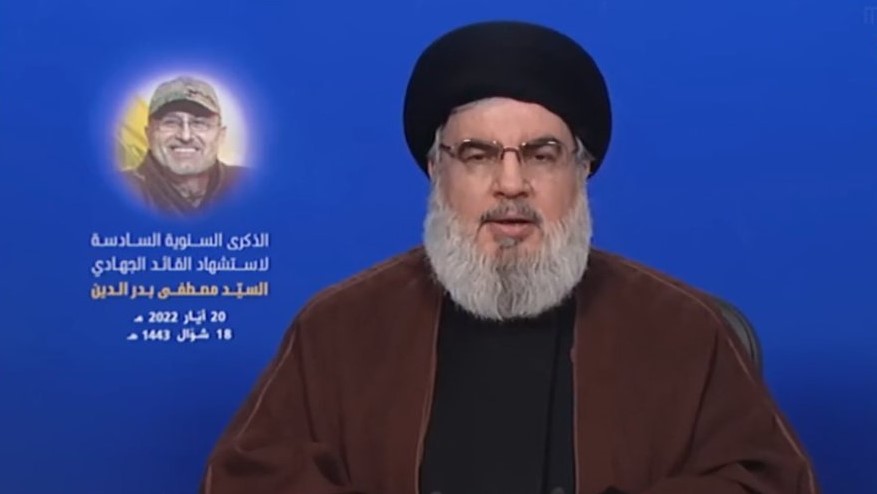 Hezbollah Secretary General Sayyed Hassan Nasrallah urged the Lebanese state to take initiative and begin extracting the energy resources within its territorial waters during a speech given on 20 May, his second since the Lebanese general elections which took place on 15 May.

Nasrallah emphasized that the most urgent crises facing Lebanon are the issues of bread, medicine, and energy, not the weapons of the resistance.

Fuel prices jumped again on 19 May, along with further devaluation of the national currency.

“Extracting oil is the main opportunity for getting ourselves of the crisis we are in, not begging and asking the International Monetary Fund (IMF) for loans,” stated the Hezbollah leader.

Nasrallah underscored the seriousness of the situation that all Lebanese are facing, noting the importance of the new Lebanese government seeking assistance from both the east and the west to rebuild the country.

“Electricity of Lebanon warned that the country is heading to complete darkness. There is no flour, the dollar is rising, cancer medicines are not available, and the diesel tank may reach one million Lebanese liras,” the Hezbollah leader warned. “In Lebanon, we do not have the luxury of time, and this requires emergency efforts in parliament and in the formation of the government process.”

To date, the Lebanese state has ignored offers from eastern nations like Russia, China, and Iran for assistance in the field of energy.

The speech was given to honor the anniversary of the martyrdom of slain Hezbollah commander Hajj Mustafa “Sayyed Zulfiqar” Badreddine, who was integral to the fight against ISIS militants during the time when they were dangerously close to Lebanon’s borders.

During the speech, Nasrallah declared that Hezbollah is most concerned with preserving the country and its identity.

“We are not the people who possess dual passports and properties abroad. We were born here and are to be buried here, and no one expects that we will weaken or abandon our country, for which we sacrificed all this precious blood,” the Hezbollah leader proclaimed. “Those who say that they want reform and want to fight corruption are a majority, but there is no majority for one camp over another in this parliament.”

Following the official results of the recent Lebanese election, no bloc has a clear majority alliance due to the presence of several independents and candidates belonging to civil society groups, who have the potential to align themselves with different blocs on various issues.

In his previous speech on 18 May, Nasrallah stated that the lack of majority might encourage all Lebanese groups to take responsibility for the current crisis instead of engaging in blame games.

The UN recently accused Lebanon’s political elite of human rights violations in creating the conditions for an acute economic crisis that has plunged over 80 percent of the population below the poverty line.