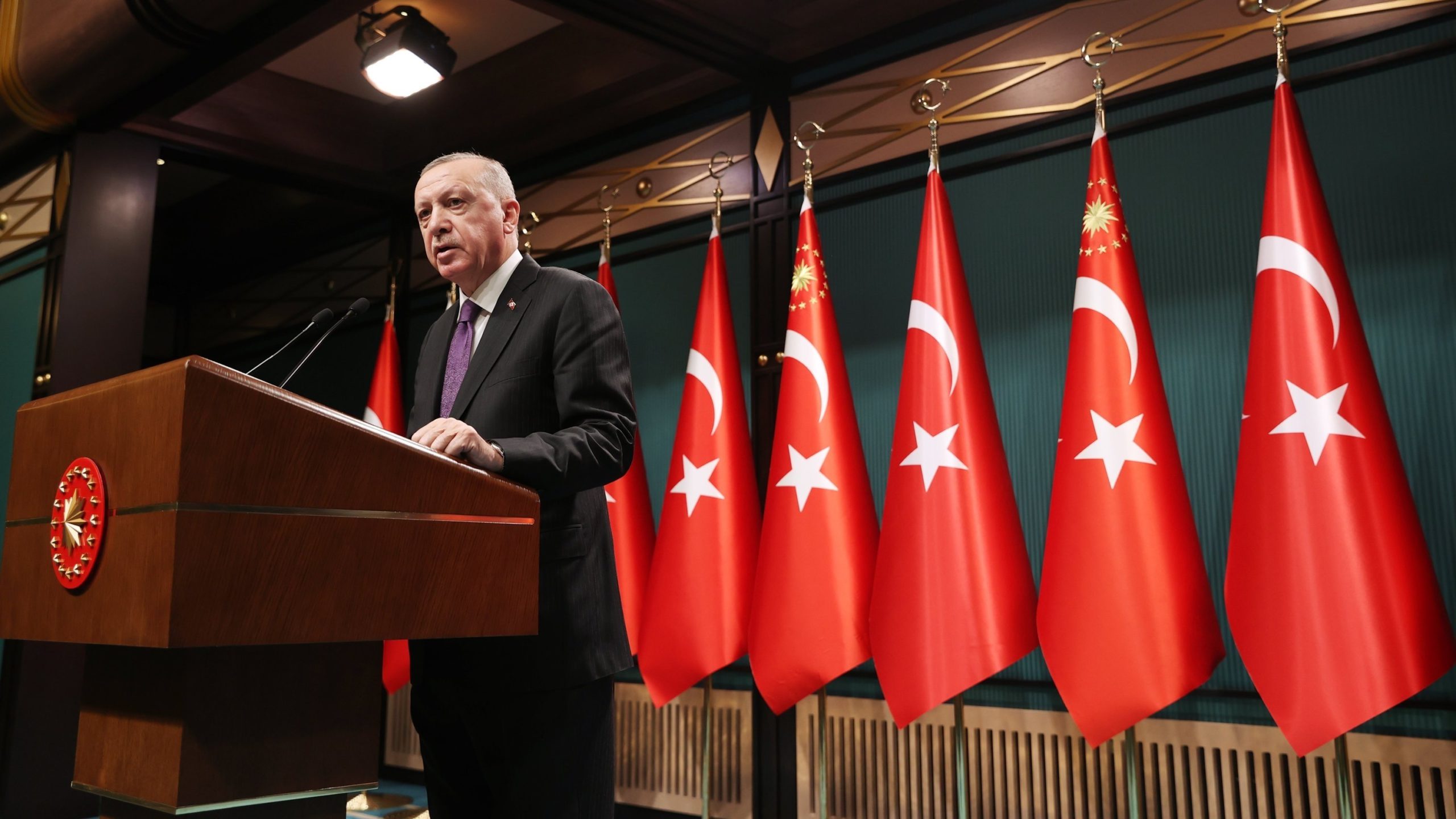 Turkish President Recep Tayyip Erdogan announced on 23 May his intentions to launch a new military campaign against US-backed Kurdish forces in northern Syria.

“We will soon take new steps regarding the incomplete portions of the project we started on the 30-kilometer deep safe zone we established along our southern border,” the president said before adding that “the main target of these operations will be areas that are centers of attacks to our country and safe zones.”

Erdogan also noted that this new military operation would begin “as soon as the Turkish army and intelligence are done with their preparations,” adding that they will take decisions on the matter during a National Security Council (MKG) on 26 May.

Ankara claims that the Kurdish People’s Protection Units (YPG) – the backbone of the so-called Syrian Democratic Forces (SDF) – is the Syrian branch of the Kurdistan Workers Party (PKK), an armed group designated as a terrorist organization in Turkey.

As such, Turkey say the US-backed forces pose a threat to its borders, and in response the country’s troops have occupied large swathes of northern Syria.

The plan has been rejected by the SDF, however, as they have stepped up efforts to rally international support against the threat of the ‘Arabization‘ of northern Syria.

The plan to launch a new military campaign in Syria also comes under the shadow of Erdogan’s refusal to allow Finland and Sweden to join NATO.

A unanimous vote is needed from all NATO member states in order to approve the addition of any new member to the western-led militaristic alliance.

Erdogan stated that his nation’s grievances with both countries is that they apply sanctions on Turkey while they host “terrorist organizations.”