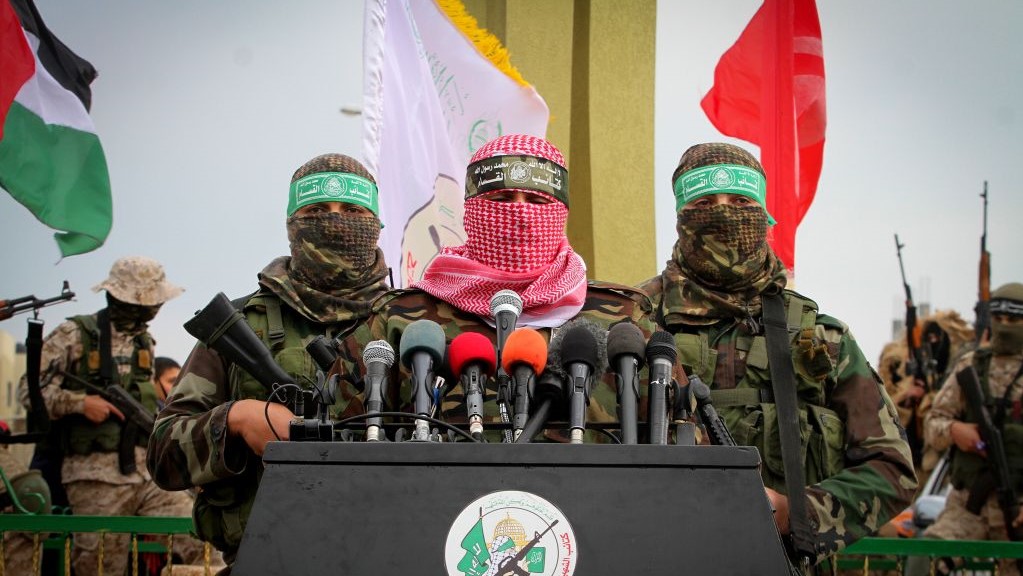 Al-Sinwar was speaking on an Al Jazeera TV program, whose Arabic title literally translates as ‘that which is hidden is greater’ – or, more aptly, the ‘tip of the iceberg’ – on 27 May.

🔴🇵🇸 Commander Muhammad al-Sinwar reveals for the first time about the joint security room that was held throughout the battle of #سيف_القدس and included al-Qassam intelligence, officers from the Islamic Revolutionary Guards in #Iran and officers from #Hezbollah
#سيف_القدس pic.twitter.com/EwfWmWjaqq

It is unclear where this joint command room was located and if Hezbollah and IRGC representatives were physically or virtually present. The Hamas military commander revealed that Hezbollah and IRGC were present for the entirety of the 11-day war.

Al-Sinwar noted that their allies in the Resistance Axis, namely Hezbollah and IRGC, supplied them with intelligence on sensitive Israeli targets.

“We dealt the biggest slap in the face by striking Tel Aviv, and we broke the stature of the center of injustice,” Al-Sinwar declared.

The Hamas military commander also revealed for the first time that at the very end of the operation, the resistance had a plan of launching 362 missiles at 14 locations, including Haifa, Tel Aviv, Eilat, and Dimona, the site of Israel’s semi-secret nuclear weapons program.

The plan was never carried out and a ceasefire was announced.

These revelations come as Israeli provocations increase against Al-Aqsa Mosque in Jerusalem as well as the high frequency of violent raids in the West Bank, most notably, the city of Jenin.

Regional resistance leaders have warned that any existential threat to Al-Aqsa Mosque would lead to armed retaliation not just by Palestinian resistance groups, but also by regional forces.

On 25 May, Hezbollah leader Sayyed Hassan Nasrallah warned that any harm done to Muslim or Christian sanctuaries in Jerusalem would lead to a regional explosion.

Nasrallah: “Any harm done to Al-Aqsa Mosque will lead to a regional explosion with dire consequences”
VIDEO: pic.twitter.com/nJcwL03Vtx

Hours after the proclamation by Nasrallah, an Israeli court upheld the ban on the upcoming Flag March scheduled for 29 May from entering the grounds of Al-Aqsa Mosque, limiting the provocative march to the vicinity of the gates of holy sanctuaries.

Jewish supremacists seek to engage in provocative marches in the the Muslim and Christian quarters of occupied Jerusalem during this upcoming march.

The extremist organizers of this march have publicly called for the demolition of Al-Aqsa Mosque in order to make way for a third Jewish temple.

Hamas also issued similar warnings for the Flag March on 26 May, stating that such a dangerous event could lead to armed retaliation.

“I expect that Hamas and the other [military] factions are ready to do all they can to prevent this event, regardless of how much it costs us … The decision is in the hands of the Israelis and the international community. They can avoid a war and escalation if they stop this mad [march],” said Bassem Naim, a top official in the Hamas department of politics and foreign relations.

The last time the provocative Flag March took place, in May 2021, the 11-day war, known as Sayf al Quds, broke out between Palestinian resistance groups in the Gaza Strip and occupation forces.

The violence resulted in the deaths of over 260 Palestinians and the destruction of large sections of the besieged strip.