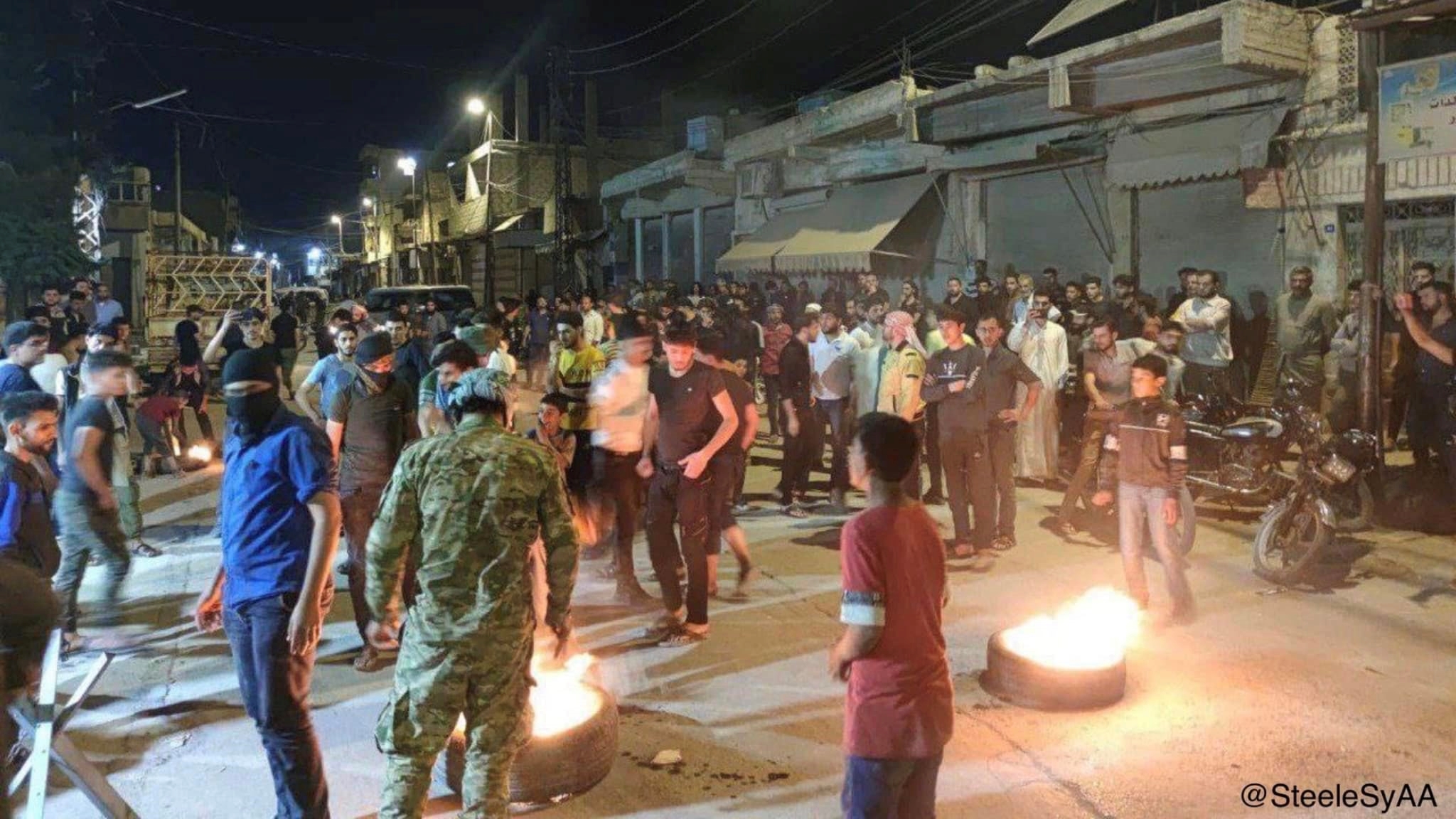 Hundreds took to the streets of Afrin in Syria’s Aleppo governorate late on 3 June to protest against routine blackouts and a sharp hike in the price of electricity provided by Turkey.

Protesters stormed the main building of the local electricity company, setting it on fire. Turkish-backed militants then opened fire on the protesters.

One killed, two wounded during protests against a sharp increase in the prices electricity provided by Turkey in Turkish-occupied Afrin. Turkish-backed militants opened fire at the protestors after they stormed the HQ of the local electricity company and set it on fire. pic.twitter.com/oLx5Y6Q99Y

Local reports say at least one protester was killed and two others were injured. As the protests grew in size, demonstrators were seen chanting “Turks get out of Syria” and “Syria is free.”

#Afrin: The demonstrators were shoulting "Turks go out of Syria and Syria is free free". The Turkish-occupation and its terrorist groups responded to the protest with live bullets. pic.twitter.com/2cXv7Xl3wi

Similar protests were reported in the cities of Jindires, Suran Marea, and Al-Bab, also in the Aleppo governorate.

In Marea, protesters set the local headquarters of the Turkish-backed Local Council on fire.

According to the UK-based Syrian Observatory for Human rights (SOHR), electricity in the areas occupied by Ankara’s forces and their militants is provided by the Turkish companies, STE and AK Energy.

Just hours after these protests swept through Aleppo, the state-owned Syrian Arab News Agency (SANA) reported that Turkish forces shelled a high voltage power line that supplies power to Tal Tamr and other villages in the countryside of Hasakah governorate, leaving the area in the dark.

These developments come just days after Turkish President Recep Tayyip Erdogan announced that his troops will proceed with the planned military invasion into Syria, starting with the cities of Tal Rifaat and Manbij.

The operation seeks to establish a 30-kilometer long ‘safe zone’ along Turkey’s southern borders in order to curb ‘threats’ from the Kurdistan Workers Party (PKK) and the Kurdish People’s Protection Units (YPG) – the backbone of the US-backed Syrian Democratic Forces (SDF), and which Ankara labels as terrorist organizations.

However, over recent years, discontent has been brewing against the Turkish occupation, as militants allied with Ankara’s forces have been accused of embezzling millions in humanitarian aid and using the global fuel and wheat crisis to hike the price of daily necessities.