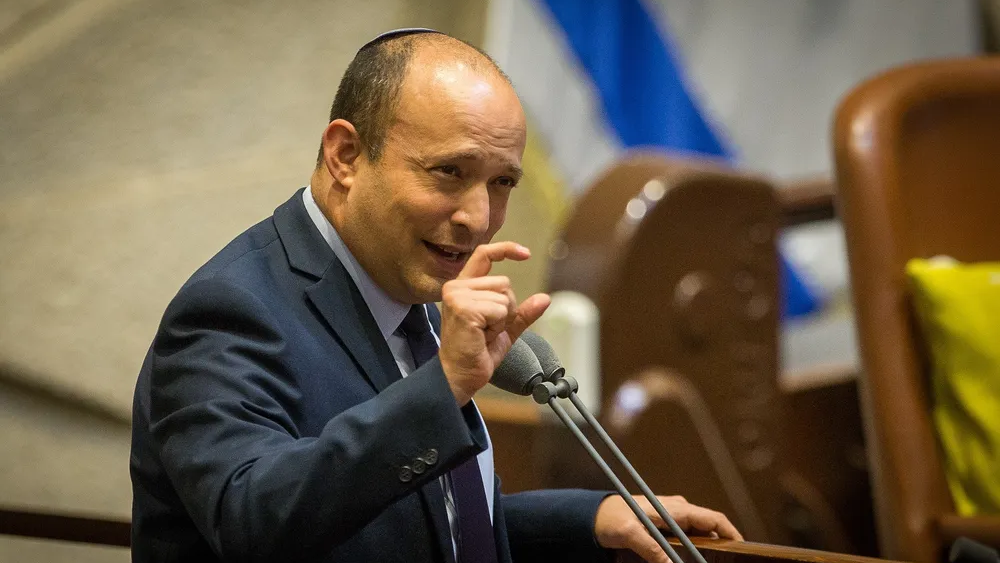 Israeli Prime Minister Naftali Bennett warned on 3 June that his government faces imminent collapse and that the state of Israel faces a perilous future that could “jeopardize its existence” as a result of internal political strife.

Bennett said that Israel is standing before a historical crossroads, and accused former prime minister Benjamin Netanyahu and his opposition coalition of “spreading poison and chaos.”

The Israeli premier referred to the history of the previous kingdoms of Israel, which lasted for 80 and 77 years at different periods, and noted that the main catalyst for the collapse was internal strife between various factions vying for power and influence.

He also noted that the current state of Israel, the third incarnation of Jewish statehood, is approaching a similar age, and warned that Israel may not survive longer than the previous two incarnations if the current internal strife does not change its course.

The defeat of the Israeli military establishment following the 11-day Sayf al Quds battle in May 2021 saw massive retaliatory strikes by the Palestinian resistance into the heart of the occupied territories.

According to Bennett, this was a massive turning point, which he said made him seek the formation of a coalition government comprising people with divergent political views, to “save Israel from chaos and have it function again.”

Bennett stated that Israel’s weakness during Sayf al Quds was due to dependency on the leadership of Netanyahu, and that Israel was bound to “the worship of one man and the enslavement of state energy to his legal needs.”

The only exception was Arab-Israeli member of the Knesset (MK) Ghaida Rinawie Zoabi, who announced her return to the coalition government led by Bennett, after having resigned days earlier.

Bennett lost his parliamentary majority on 6 April when MK Idit Silman resigned from her post.

Israeli media reported that her departure was due to a backroom deal by opposition leader and former prime minister Benjamin Netanyahu.

A Haaretz report from 9 May cited informed sources who claimed Bennett held a meeting with senior advisers to discuss the possibility of a government collapse and the snap elections that would follow.

Former Israeli prime minister Ehud Barak recently expressed similar fears of the imminent demise of Israel before the 80th anniversary of its founding.