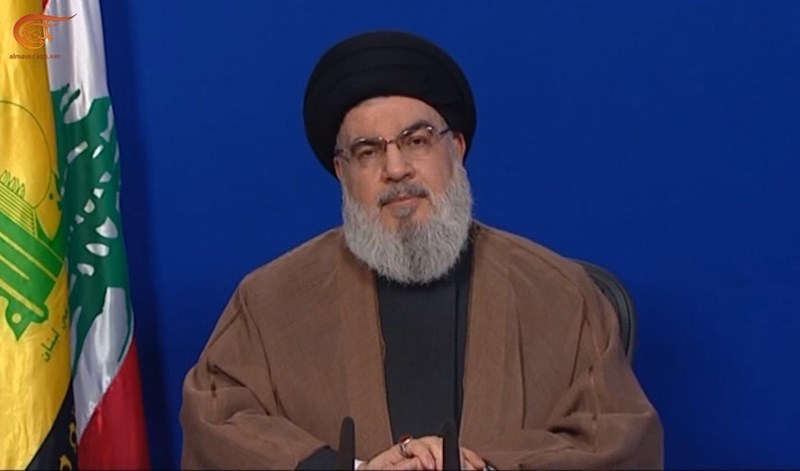 During a speech on 9 June, Nasrallah referred to the gas extraction vessel that docked in Lebanese waters earlier this week, saying that the resistance movement is militarily and financially capable of preventing Israel from extracting gas from the Karish field and that no measures can protect Israel’s floating platform.

Energean Power, a UK vessel, seeks to construct an extraction rig in the Karish gas field on behalf of an Israeli firm.

The Karish gas field lies in Lebanese territorial waters, however.

Israel claims a different maritime border line, which has become the focus of contentious indirect negotiations between the neighboring countries.

The Karish gas field falls under line 29, the southernmost line which Lebanon claims as its maritime border. The UN, however, claims that line 23 is the border, which falls slightly north, placing Karish fully into the hands of Israeli territory.

During his speech, Nasrallah also addressed those “who have said that Hezbollah’s stance has not been clear,” emphasizing that the resistance group “does not interfere either in [negotiating] the [dividing] lines nor in the [border] demarcation,” and that this is solely “the responsibility of the Lebanese state.”

The resistance leader emphasized, however, that Hezbollah will not stand idly by and witness “the looting of Lebanon’s wealth,” adding that the party “does not want a war, yet is not afraid of one.”

On 8 June, a joint ministerial statement by Israeli Foreign Minister Yair Lapid, Defense Minister Benny Gantz, and Energy Minister Karin Elharrar has said Tel Aviv will not drill for gas in the Karish gas field, which falls within the area claimed by Lebanon.

The announcement came two days after Hezbollah’s Deputy Secretary General, Sheikh Naim Qassem, told media that the resistance is willing to defend Lebanon’s water rights, including through the use of force.

Nasrallah, along with other Hezbollah officials, has repeatedly urged the Lebanese state to take matters into its own hands, and to begin drilling and extracting gas from the Karish gas field, despite Israeli threats.