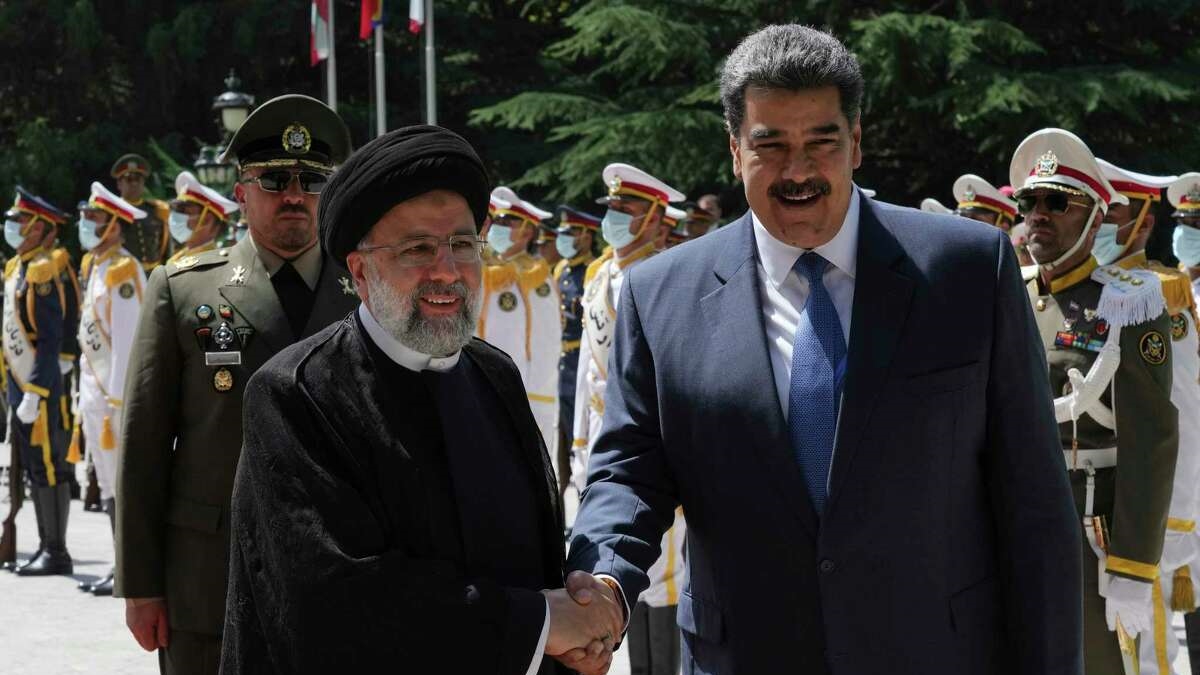 On 11 June, Iranian President Ebrahim Raisi welcomed his Venezuelan counterpart, Nicolas Maduro, in an official ceremony at the Saadabad complex in Tehran.

Maduro arrived to the Islamic Republic on 10 June, leading a high-level delegation for a wide range of cooperation talks.

Over the past several years, Iran and Venezuela have been the targets of a severe economic war launched by the west.

The bonds of cooperation between the two countries have proved to be integral to overcoming unilateral sanctions.

During a conversation with HispanTV, Maduro highlighted how Tehran and Caracas are at the forefront of creating a new world that is free of imperialism and colonialism.

“The era of the United States military dominance in the world is over,” the Venezuelan president stated.

“We are living through a time of geopolitical transition that will define the destiny of the 21st century,” Maduro went on to add, referring to the repercussions of Russia’s military invasion of Ukraine, launched in response to NATO’s expansionist agenda.

“This is the century of the decline of hegemonic power, and Iran and Venezuela are at the frontline of shaping this process,” Maduro said.

During the interview, the Venezuelan leader also announced that he will sign a 20-year cooperation plan with his Iranian counterpart.

“We are going to have a complete day of work with President Raisi and his cabinet … I have come with a solid team to build this new stage. We are working on a roadmap for cooperation that will be signed tomorrow, establishing plans and strategies for the next 20 years of development between Iran and Venezuela,” Maduro told HispanTV.

He said that Tehran and Caracas “have placed their sights on the medium and long term [so that] our strategic alliance will be unbreakable.”

Maduro thanked the Islamic Republic for its help in overcoming the unilateral US sanctions that nearly destroyed Venezuela’s oil industry.

Specifically, Maduro expressed his gratitude to Iran for sending several oil tankers of fuel, additives, and thinners, as well as providing Venezuela with crucial equipment and technical assistance to restore their oil refineries.

Earlier this year, oil industry analysts revealed that Iran’s support had doubled the oil production of Venezuela from 2021. Just last month, the Islamic Republic shipped over one and a half million barrels of gasoline and additives to Venezuela.

The Venezuelan president also confirmed his country’s support for the people of Palestine, describing their struggle as “the most sacred cause of humanity.”

He also condemned the west and its allies for remaining silent in the face of Israel’s human rights violations and the genocide carried out on the Palestinian people, and said that Iran and Venezuela will always stand with Palestine.

The Venezuelan president arrived in Iran as part of a regional tour that also saw him visit Turkey and Algeria.

Maduro started his tour this week after Washington arbitrarily excluded Venezuela, Cuba, and Nicaragua from the Summit of the Americas, which took place in the US.