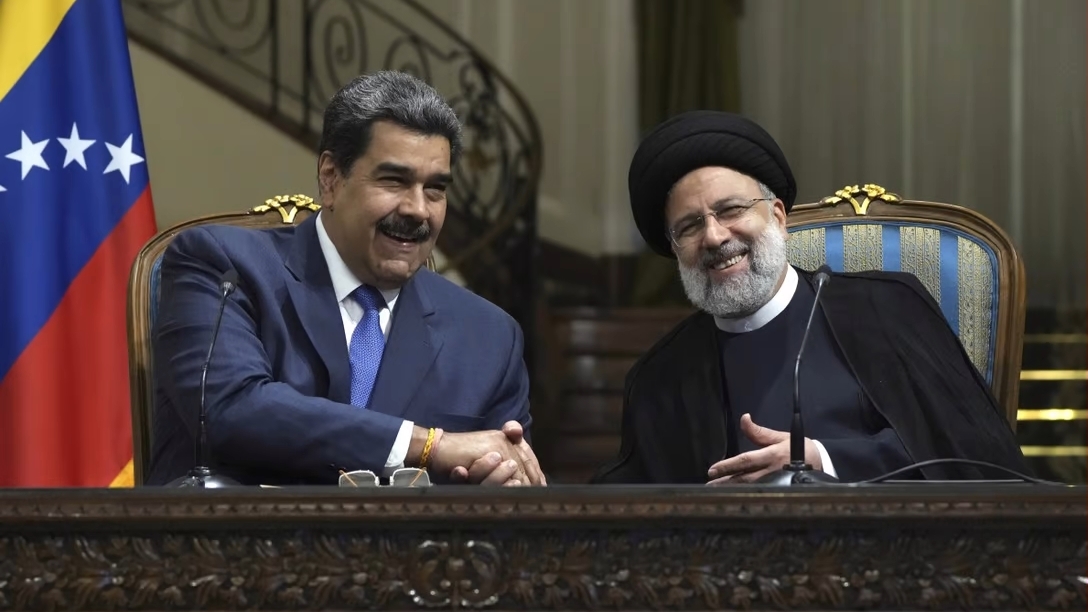 Both sides spoke about the successful experiences they have had in countering punitive economic sanctions imposed on them by the US.

Khamenei praised the Venezuelan people for their victory against hybrid war of Washington, saying: “Your resistance and that of the people of Venezuela is valuable because it enhances the value, status and merits of a nation and a country as well as its leaders.”

“Today, the US views Venezuela in a different [manner] compared to the past,” Khamenei added.

Earlier in the day, Raisi and Maduro signed a 20-year “cooperation road map,” focusing mainly on the areas of agriculture and food production.

“It is essential to consolidate the sovereignty and food security of our country,” Maduro said.

“I believe that between the two of us we will create an indestructible friendship for the future of our people and we will witness how our countries grow in the face of difficulties and how a new world is growing,” Maduro told the Iranian President.

In response, Raisi highlighted how Iran’s foreign policy “has always been to have relations with independent countries, and Venezuela has demonstrated incredible resistance against threats and sanctions by enemies and imperialism.”

Back in January, Iran signed similar long-term cooperation agreement with China. Tehran is also negotiating the renewal of another 20-year cooperation accord with Russia.

At the end of their press conference, Raisi delivered the second of four Aframax-sized oil tankers, with a capacity of 800,000 barrels, which Caracas ordered from the Iranian company SADRA.

For his part, the Venezuelan president announced that a weekly flight from Caracas to Tehran would begin on 18 July.

Oil industry analysts have revealed that Venezuela doubled its oil production between 2021 and 2022 thanks to the help of Iran. Just last month, the Islamic Republic shipped over one and a half million barrels of gasoline and additives to Venezuela.

Maduro arrived in Iran as part of a regional tour that also saw him visit Turkey and Algeria.