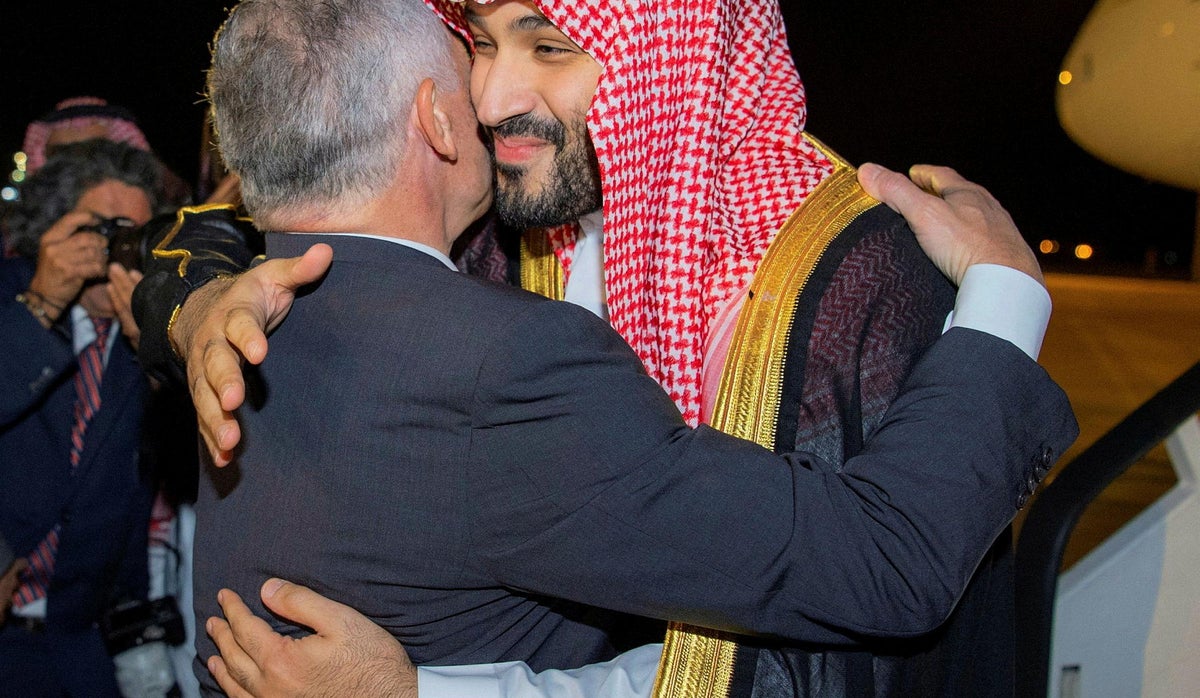 A joint Jordanian-Saudi statement issued following the visit of Saudi Arabia’s crown prince, Mohammed bin Salman (MbS) to Jordan on 21 June, stated that discussions between King Abdallah II and MbS had centered on bilateral cooperation and the strengthening of ties between the two countries.

The statement emphasized that the talks, which were attended by Jordanian crown prince Hussein bin Abdallah, were “dominated by a spirit of affection and brotherhood, embodying the depth of the close and historic relations” between the two kingdoms.

It added that the two leaders discussed cooperation “in all fields,” and the reinforcement of ties to achieve common interests.

According to the statement, MbS and King Abdallah, as well as senior officials from both countries, discussed the advancement of trade and investment relations.

The Jordanian monarch thanked Saudi Arabia for its support of development projects in Jordan’s energy and transportation sectors.

The trip to Jordan, which was the first in five years for MbS, generated hope among Jordanian business leaders and officials that the visit would unblock at least $3 billion of investment projects that Saudi Arabia had committed to in recent years.

Over the decades, the monarchies of Jordan and Saudi Arabia cooperated closely on matters of security and the Israeli occupation of Palestinian land.

On the Israeli-Palestinian issue, both leaders agreed that a two-state solution under the guidelines of the Arab Peace Initiative was the only way forward.

The Arab Peace Initiative was proposed in 2002 by Saudi Arabia and called for Arab normalization with Israel in exchange for the withdrawal of Israel to the 1967 borders, and a solution to the Palestinian refugee crisis.

Over recent years, the relationship between Amman and Riyadh grew strained, with Saudi Arabia claiming that Jordan was never ‘fully committed’ to its causes, namely, the brutal war on Yemen.

Tensions also simmered between the two sides over the Hashemite custodianship of holy sites in Jerusalem.

Nonetheless, the two kingdoms are said to share deep concerns over Iran’s nuclear energy program, and what they see as Tehran’s “destabilizing role in the region,” according to a Jordanian official.

Following his visit to Jordan, MbS is expected to arrive in the Turkish capital on 22 June for talks with President Recep Tayyip Erdogan, in an attempt t0 fully restore ties between Riyadh and Ankara.