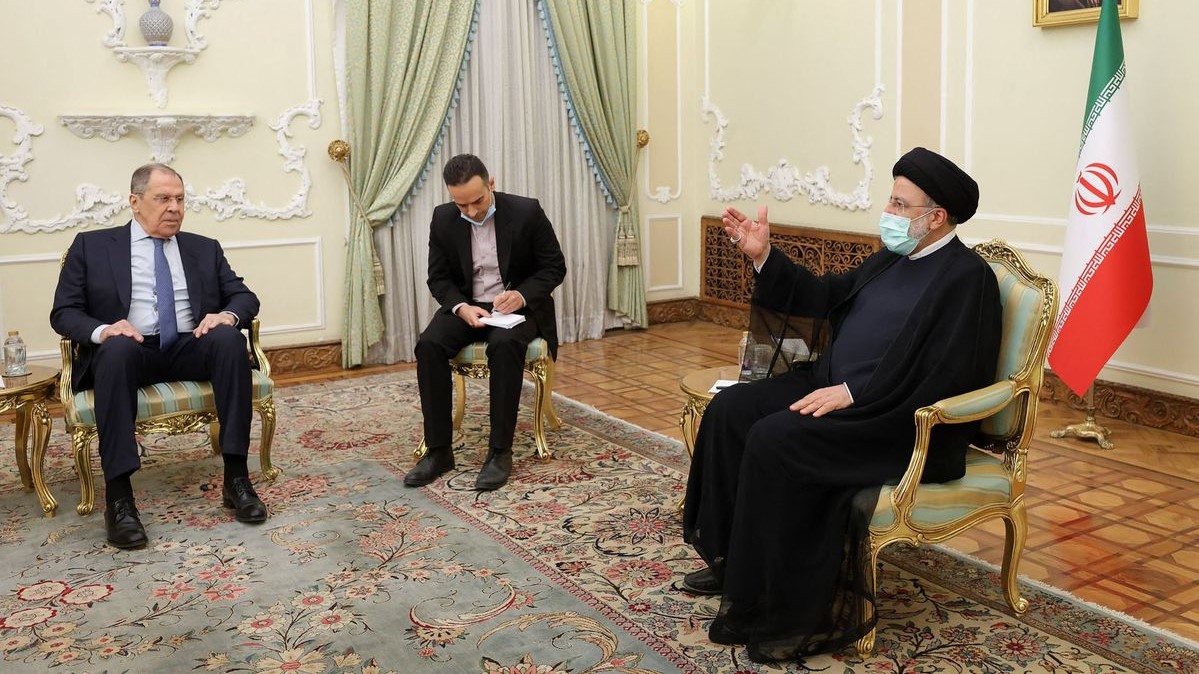 During their conversation, Raisi stressed the need to end the war in Ukraine as soon as possible and expressed Tehran’s willingness to help the two nations find a diplomatic solution. He also warned against the expansionist agenda of NATO.

“There is no doubt that the US and NATO provocations have been the factor behind these conflicts [in Ukraine], and therefore, it is necessary to be active in the face of attempts to expand NATO’s influence in any part of the world, including in West Asia, the Caucasus and Central Asia,” the Iranian president said.

This is the first visit by Russia’s top diplomat to the Islamic Republic since Raisi took power in 2021. It comes at a time when the Kremlin is facing sweeping sanctions from the west, overtaking Iran as the most sanctioned nation on the planet.

Establishing avenues of cooperation despite the existence of sanctions is reportedly a main point in Lavrov’s agenda.

“Strengthening cooperation and coordination is an effective way to counter US sanctions and economic unilateralism against independent nations,” the Iranian president told Lavrov.

According to a report in the Qatari daily Al Araby Al Jadeed, Russian officials visited Iran secretly and publicly in recent months to “benefit from its experience in facing sanctions.”

On 23 June, the Russian foreign minister is set to meet with his Iranian counterpart, Hossein Amir-Abdollahian, to discuss the Iran nuclear deal, the war in Ukraine, and cooperation in regional security concerning Syria and Afghanistan.

Over recent months, Iran has played host to high-ranking officials from sanctioned nations like Russia, Venezuela, and Syria, as part of Raisi’s policy to boost ties with countries faced with economic warfare from the west.

To this end, Tehran has signed long-term cooperation documents with China and Venezuela, and is in the process of signing another one with Russia.

This strategy is part of Raisi’s foreign policy agenda of fostering relations with neighboring countries and major non-western powers, known as the Neighborhood Policy.