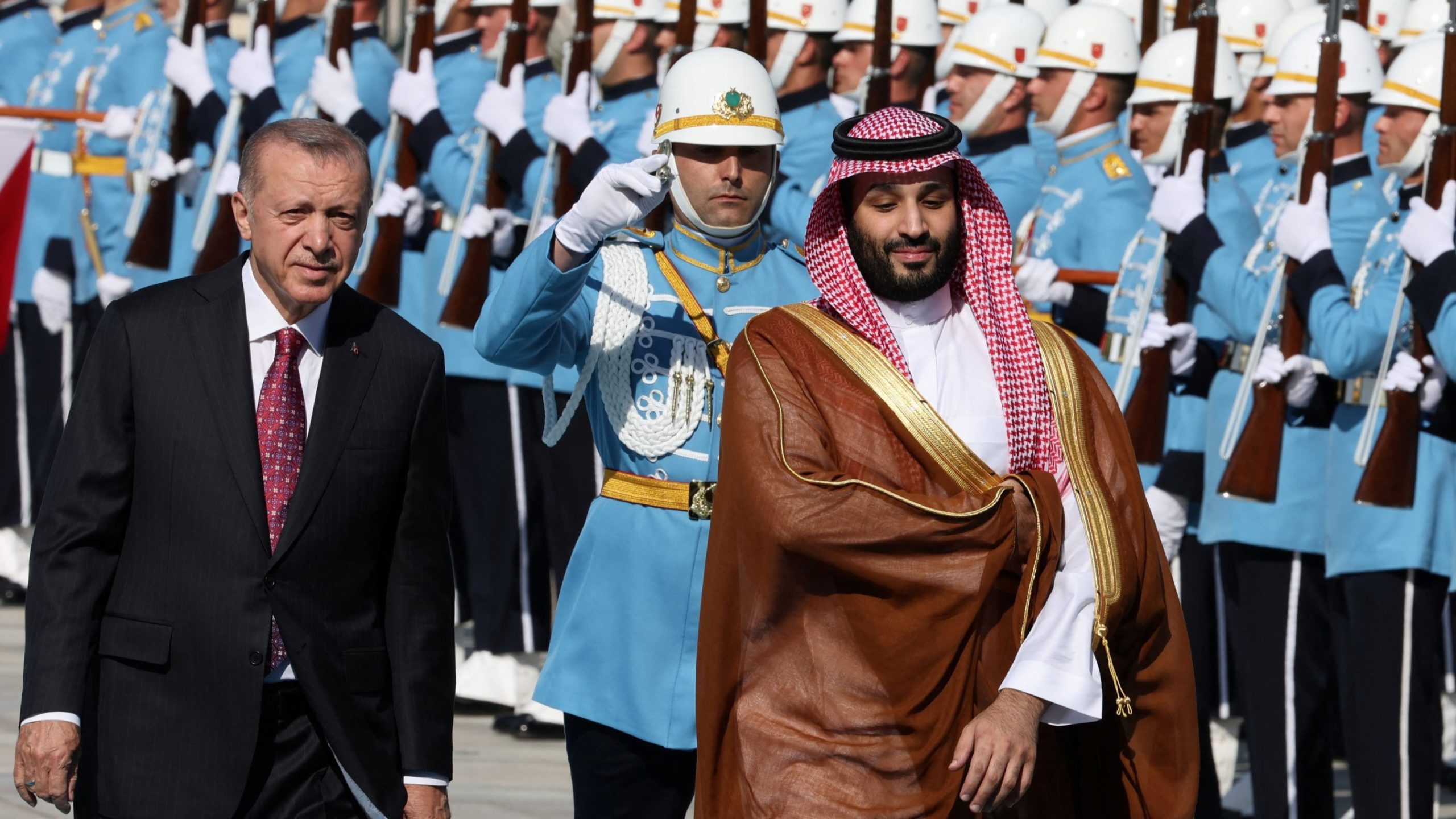 Saudi Crown Prince Mohammed bin Salman (MbS) was greeted with an official ceremony upon his arrival to Turkey on 22 June, as Ankara and Riyadh move to fully re-establish ties that were ruptured after the killing of Saudi journalist Jamal Khashoggi.

Turkish President Recep Tayyip Erdogan personally welcomed MbS to the country, with a senior official telling Reuters that “a new era will begin.”

In a statement released following a conversation between Erdogan and MbS, the two emphasized the determination to “ushering in a new period of cooperation in bilateral relations.”

The Saudi crown prince arrived in Ankara after visiting Jordan and Egypt. His regional tour is part of an ongoing strategy to leverage the kingdom’s wealth against its questionable human rights record.

Relations between Turkey and Saudi Arabia turned frosty in 2018, after a team of assassins linked to MbS tortured and then dismembered Washington Post columnist Jamal Khashoggi inside the Saudi embassy in Istanbul.

However, a severe economic slump created by Erdogan’s unorthodox economic policies has allowed the Turkish leader to downgrade the Saudi murder case.

In April, a Turkish court ruled to transfer the case of the 26 Saudi suspects implicated in the murder of Khashoggi to Riyadh.

This year, inflation in Turkey hit a 24-year high, as the value of the local currency continues to drop in value. This crisis has seen support for Erdogan drop, with recent polls showing he is unlikely to be re-elected in next year’s general elections.

The unnamed Turkish senior official who spoke with Reuters says Ankara and Riyadh have already lifted restrictions on trade, flights, the screening of TV series, and mutual negative media coverage has been halted.

Nonetheless, negotiations on a possible currency swap line – which could help restore Turkey’s dwindling foreign reserves – were not moving “as fast as desired” and will be discussed privately between Erdogan and MbS.