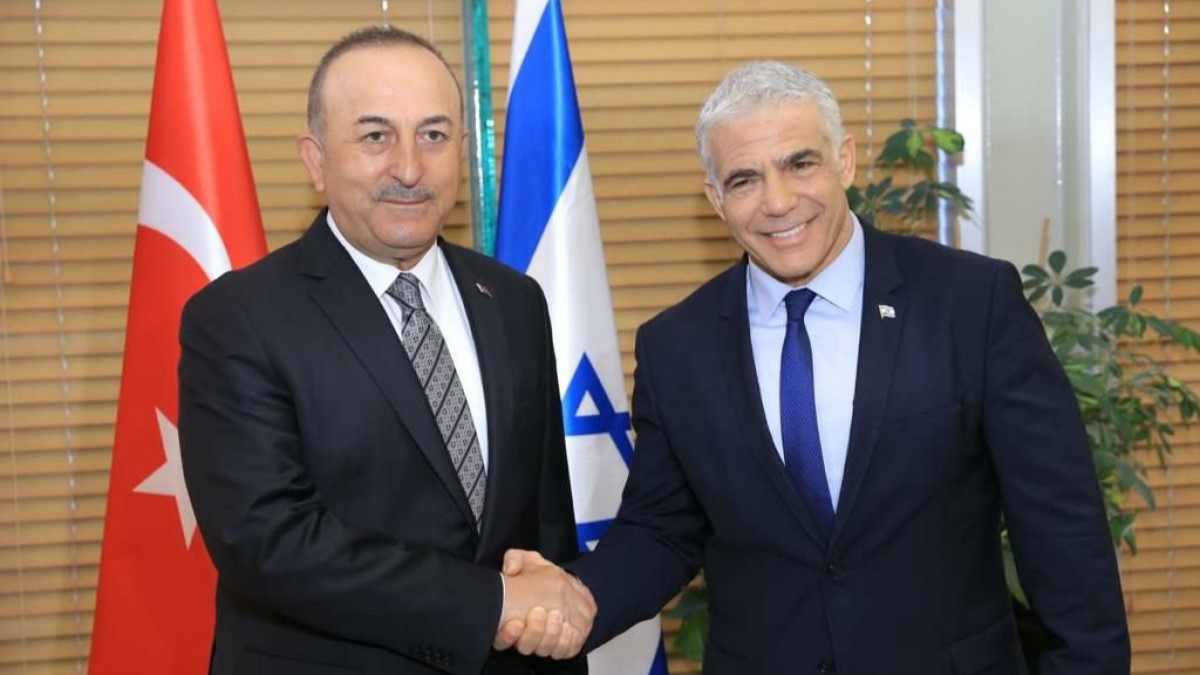 Israeli Foreign Minister Yair Lapid is set to visit Turkey on 23 June to meet his Turkish counterpart Mevlut Cavusoglu, as the two countries enter a new phase in normalizing ties.

Lapid set off for Ankara despite the political turmoil in Israel, which saw the Knesset dissolve just a day ago.

His arrival will coincide with the visit of Saudi Crown Prince Mohammed bin Salman (MbS), who earlier in the day received a royal welcome by Turkish President Recep Tayyip Erdogan.

According to Tel Aviv, Israel’s top diplomat – who will become prime minister once the Knesset’s disbandment is finalized – is headed to Ankara to discuss cooperation on thwarting alleged Iranian attempts to “harm Israeli travelers” in Turkey.

The only word from Ankara on the claims was a foreign ministry statement that said Turkey “is a safe country and continues to fight against terrorism”.

During the past year, Ankara has been working to repair relations with a number of regional rivals, such as Saudi Arabia, the UAE, and Egypt. At the same time, they have moved to normalize ties with Israel.

Energy cooperation is of particular interest to both nations, specifically the potential to transport Israeli gas from Turkey to Europe amid a severe energy crisis caused by western sanctions imposed on Russia.

Turkish media reports anticipate that the issue of energy cooperation in the Eastern Mediterranean, which is at the center of the relations between the two countries, will be on the table during the meeting between Lapid and Cavusoglu.

Ties between Ankara and Tel Aviv collapsed in 2010 after Israeli occupation forces killed 10 Turkish activists trying to deliver aid to Gaza. Then, in 2018, efforts to rebuild ties failed after dozens of Palestinian protesters were killed by Israel.